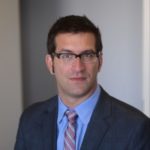 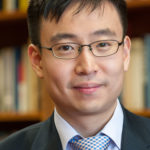 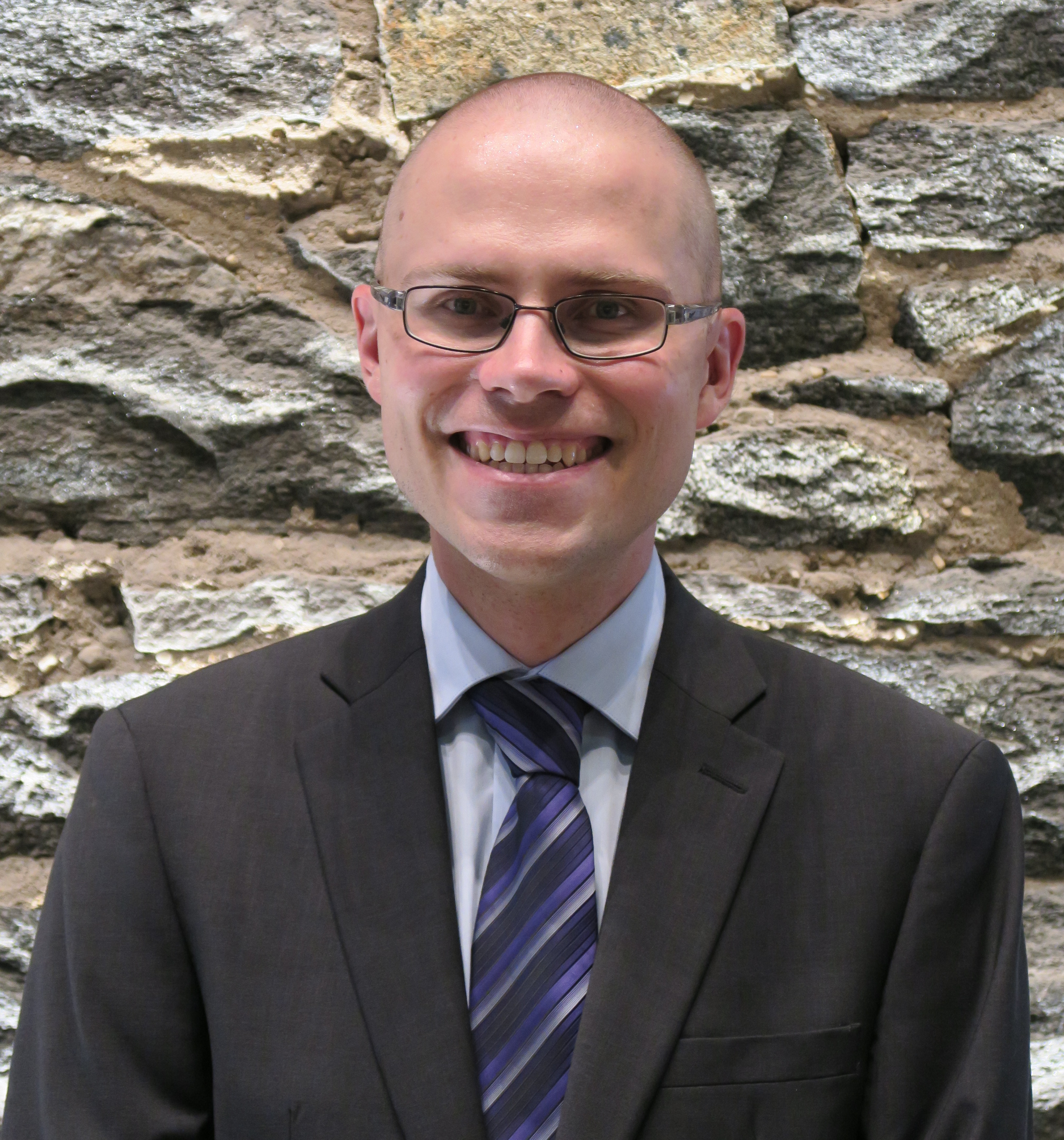 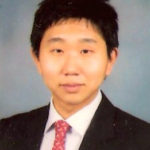 Fossil fuel subsidies, policies to artificial lower prices on fuel for consumption, are estimated to cost governments around the globe approximately $500 billion per year (IEA 2014).

In a recent briefing paper for the Center on Global Energy Policy at Columbia University, we summarise lessons from fuel subsidy reforms, with specific attention to the opportunity presented to would-be reformers by recent declines in oil pricing (Benes et al 2015).

In this column, we make the case for fuel subsidy reform, summarising the political constraints to reforms and how low oil price environments can relax them. We conclude with an agenda for researchers and practitioners.

According to the International Energy Agency, in 2013, fossil fuel subsidies rose to $550 billion (IEA 2014). Before implementing fuel subsidy reforms, Indonesia spent around 20% of its 2013 total budget on subsidies (Cochrane 2013), exceeding spending on social programmes and capital expenditures combined.

The environmental consequences are also serious. Low prices encourage excessive consumption, contributing to air pollution and climate change. It is estimated that eliminating gasoline and diesel subsidies could cut CO2 emissions by roughly 4.5 billion tonnes (IMF 2013) – around 13% of total CO2 emissions in 2012.

Fuel subsidies are an inefficient form of social policy. Rather than alleviating poverty, benefits from subsidies largely accrue to households at the top of the income distribution (Arze del Granado et al 2012).

The Indonesian case illustrates this clearly. About two-thirds of poor households do not consume any gasoline at all. The richest 10% of households absorb 40% of subsidy benefits, while less than 1% goes to the poorest 10% (IISD 2011). Fuel subsidies promote inequality through generous transfers to the richest households.

Barriers to reform and low oil prices as an opportunity

Reform and reversal: Lessons from Indonesia and Malaysia

Indeed, until the recent drop in oil price, popular opposition unravelled many reform efforts. In 1998, Suharto of Indonesia announced increases in diesel and gasoline prices of 60% and 71%, respectively (Beaton and Lontoh 2010), spurring massive protests in a fatal blow to his regime. Yudhoyono achieved partial success in fuel subsidy cuts in 2004 and 2008, only to reverse them (IMF 2013), facing popular protests in 2010. Their most recent successor, Widodo, has benefited from the plunging oil price, abolishing gasoline subsidies and capping diesel subsidies at 1,000 rupiah ($0.08) per litre in January 2015 (Bloomberg 2014).

Similarly, in Malaysia, Razak’s government had announced increases in gasoline and diesel prices in September 2013. Protests by political opposition, trade unions, and non-governmental organisations, however, ensured the reforms were partial and reversible by successor governments (Bridel and Lontoh 2014). Back then, the spot price of a barrel of Europe Brent was at $111.60. When the government decided to abolish fuel subsidies entirely in 2014, the price of Europe Brent was around $79.44 and decreasing rapidly.

In addition to popular opposition, vested interests complicate fuel subsidy reforms (Overland 2010, IISD 2013, Vagliasindi 2013). To give an example, low gasoline prices benefit truckers with gasoline engines, while low diesel prices benefit farmers who use diesel in their tractors and irrigation pumps (Overland 2010). Out of self-interest, these groups often lobby against reforming subsidies.

Widodo was able to advance ambitious reforms partly because Indonesia’s opposition-dominated parliament was weakened by political debates over local and regional elections. Even so, Widodo shielded critical constituents from the effects of reforms, capping subsidies on diesel (Economist 2015a) instead of abolishing them because diesel is the main fuel for public transport and fisheries. Even during a low-price environment, where opposition would be muted, certain sectors were still protected.

In Malaysia, the liberal fuel pricing policy is still in a precarious position, partly because hardliners within Razak’s own party stand to undermine his reforms (Economist 2015b). Similar to Indonesia, special considerations were made for public transport and fishing, shielding them from the effects of reforms. As the frustration felt by motorists at petrol stations and other consumers suggests, however, the government will need to continue treading carefully as to avoid overburdening the middle and lower middle classes, particularly in the scenario that oil price begins to rebound.

The third political problem we highlight is low institutional capacity (Victor 2009, Cheon et al. 2013). Governments that can implement a range of public policies will find less costly alternatives to fuel subsidies that can meet social welfare goals. For example, effective governments can administer large direct monetary transfers to low-income households. If the government can implement a cash transfer scheme, it can avoid the distortionary effects of subsidies on energy prices while continuing to give visible and salient benefits to the people.

However, the implementation of cash transfer schemes requires institutional capacity. If not done properly, a cash transfer scheme may fail to produce benefits for the poor. Here again, oil prices can be helpful. When oil prices are low, the size of the cash transfers or other benefits required to compensate for the higher fuel prices is smaller compared to times of high oil prices. Low oil prices mean that the government need not implement ambitious social policies; instead, modest benefits should be enough to secure popular support for replacing fuel subsidies with other policies.

While a government may lack the capacity to successfully implement ambitious policies, limited institutional capacity need not cripple the government’s ability to offer modest benefits to the people hurt by the fuel subsidy removal. Along with fuel price reforms, Widodo has launched social-protection programmes such as the Indonesia Health Card, the Indonesia Smart Card, and the Family Welfare Fund, lending substantial credibility to his commitment to improving social services (Economist 2015a).

Indeed, Malaysia’s Razak knew full well the importance of putting social programmes in place after removing fuel subsidies, after earlier attempts to increase gasoline and diesel prices in September 2013. Although his partial reforms came with increased cash transfers to compensate the poor for their losses, there were still a lot of protests by the political opposition, trade unions, and non-governmental organisations (Bridel and Lontoh 2014). After oil prices declined, Razak was able to push through more ambitious reforms.

An agenda for research and practitioners

The current low oil prices present an opportunity to eliminate economically costly and environmentally destructive fuel subsidies with limited social and economic backlash. In the cases of Malaysia and Indonesia, national governments swiftly removed fuel subsidies when prices dropped and eliminated the threat of public unrest and popular opposition.

Low oil prices do not remove all political barriers to policy change. In Indonesia, for example, the diesel subsidy mechanism remains intact, even though the subsidy has now been capped at a lower level.

What should governments do to dismantle fuel subsidies? The Indonesian case suggests that reformers could benefit from exploiting political windows of opportunity, such as a divided opposition in parliament. When fossil fuel prices are low, governments have opportunities to replace subsidies with more efficient social policies, such as cash transfers, without risking a strong public backlash.

What is more, the Malaysian case demonstrates that a phased or piecemeal reform, based on careful considerations of expected costs and benefits, can be compatible with decisive action. Dismantling the subsidy mechanism altogether ensures that successors cannot easily reverse reforms, a strategy that could be emulated elsewhere.

Sharing stories of success and failure, and identifying best practices from careful data analysis and investigation, can help other governments avoid pitfalls to effective reforms. Detailed political economy analysis of reforms in specific countries would provide reformers with the resources to formulate politically viable, long-term strategies. Furthermore, international peer review mechanisms and transparency around fuel subsidies could bestow reputational benefits to reforming governments – a benefit that has proven important in the political calculations of governments.

To date, there is no comprehensive database of gasoline, diesel, electricity, natural gas, LPG, and other fuel prices. While compiling such a database is a necessary first step, it must be accompanied by a systematic study of institutions that regulate fuel subsidies.

A comparative analysis may offer new insight into reforms that are effective even in countries with weak regulatory structures. This is an opportune moment to study the subject, since the drop in international oil prices has spurred progress on subsidy reforms across the world.