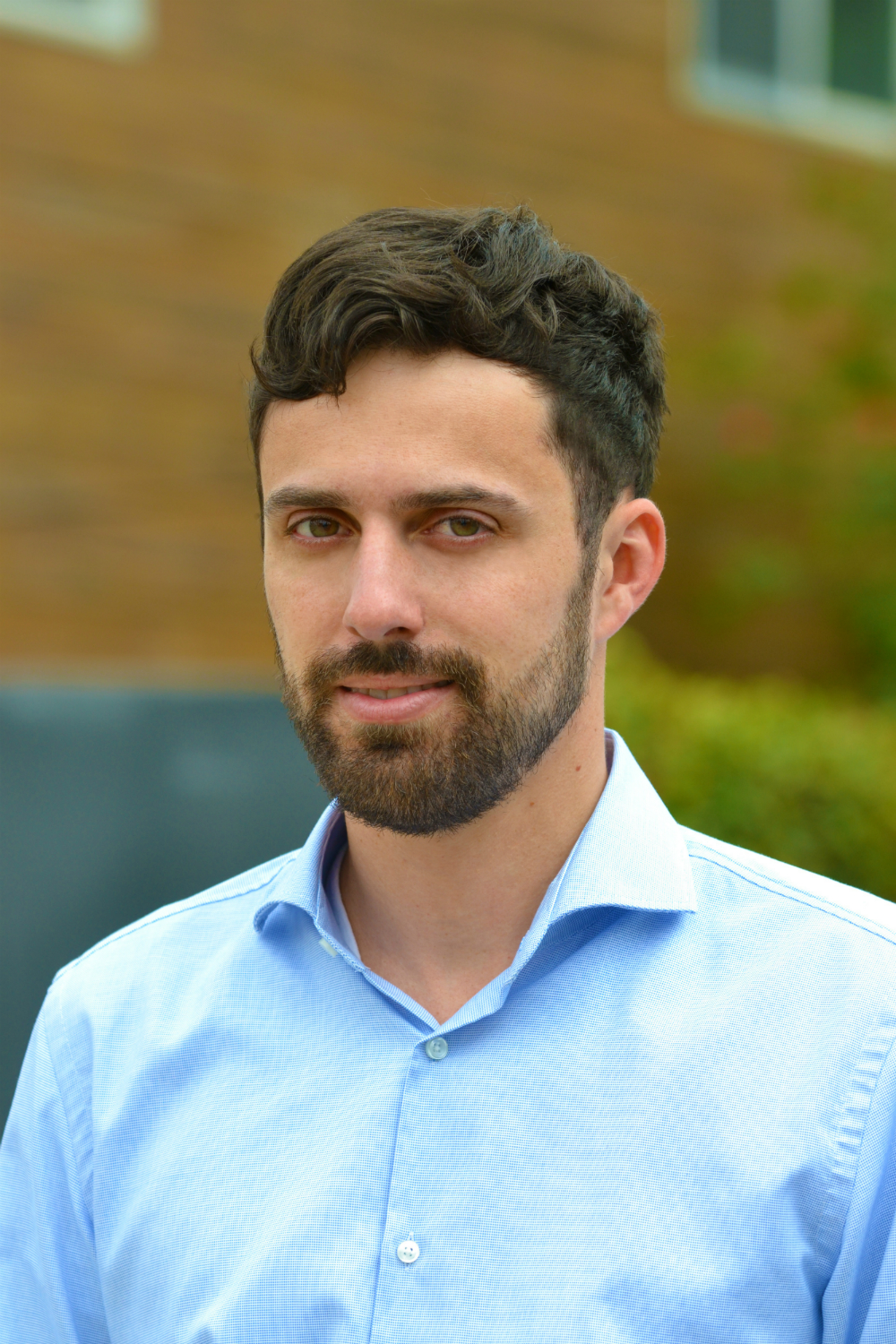 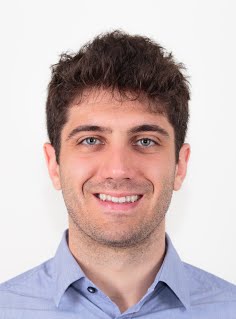 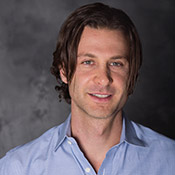 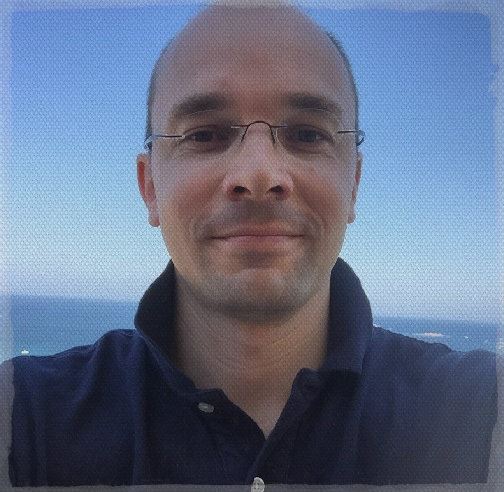 Do people care about morality when it comes to economic decisions with high financial stakes? An experiment with an Islamic bank's credit card customers aimed to find out

When people make economic decisions that involve high financial stakes, it is often assumed that – when in doubt – moral considerations take a back seat to financial concerns. Some recent evidence, however, casts doubt on this view.  In a survey of US households, administered around the time of the 2007-2008 financial crisis, Sapienza and Zingales (2013) find that 82% of respondents believe that it is morally wrong to default on one’s mortgage, even during times of financial distress, and that the same respondents are about 10% less likely to engage in strategic default.

The morality of debt

The observation that issues of indebtedness and debt repayment evoke an association with ideas of what is morally right or wrong is perhaps not as surprising as it may seem at first. Throughout history, from ancient philosophy to contemporary debates, issues of debt and morality have often been closely intertwined. Aristotle defines a moral person as someone who “speaks the truth and repays his debts”. Many languages, including German and Dutch, share the same word for “debt” and “guilt”. Issues of morality surface in many contemporary debates about debt and debt repayment, ranging from defaults on student loans to the morality of sovereign debt and bailouts (see, for example, Dyson 2015 for a summary).

To better understand the role of morality in establishing a norm of debt repayment, we designed a field experiment with the credit card customers of a large Islamic bank in Indonesia (Bursztyn et al. 2017). In the experiment, late-paying credit card customers received text messages that contained variations of a moral appeal and alerted them to the moral implications of non-repayment.

We took advantage of the fact that our partner bank already had a text messaging system in place, which it actively used in its customer communications. Since our partner institution is an Islamic bank, these messages frequently included religious or moral content, so that both the content and the channel of communication we use are natural and credible in this setting. Each month, the bank provided us with a list of customers who had missed the due date for the required 10% minimum payment, and who had still not made a payment two days before the end of an additional ten-day grace period. Customers who fail to make a payment by the end of this grace period are considered delinquent by the bank and reported to the Indonesian credit registry. This practically excludes them from the formal credit market for at least 24 months (in other words, this is the date at which non-repayment becomes costly).

The text messages in our experiment were sent to customers two days before the end of this additional ten-day grace period. They reminded the customer that they still had not made a payment and, in some cases, additionally included a moral appeal. 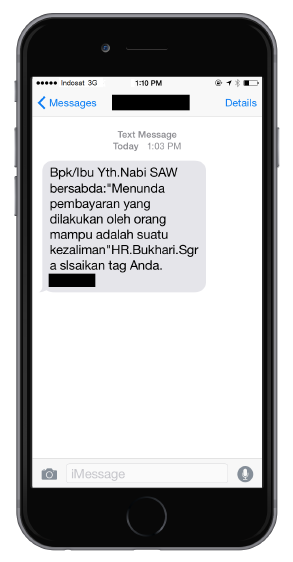 The message sent to late-paying customers in our main treatment highlighted the moral implications of non-repayment, using a quote from a well-known Islamic religious text (hadith) and stated that:

The Prophet (Peace and blessings be upon Him) says: “non-repayment of debts by someone who is able to repay is an injustice.” (Imam al-Bukhari). Please repay your credit card balance at your earliest convenience. Call [customer service number].

In our baseline specification, receiving the moral message reduces delinquency by 4.4 percentage points from a baseline share of 66% delinquency among late-paying customers in the control group. This effect is also economically large: a benchmarking exercise suggests that the bank would have to pay customers financial incentives of at least 6% of median monthly income to generate the same effect on repayment as the moral message. 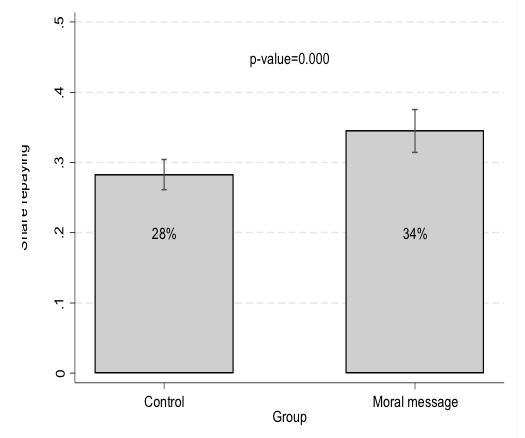 The finding that our text messages increase repayment alone is, of course, not yet proof that people really care about morality when making debt repayment decisions. It could be, for example, that the text message generates an effect simply because people are reminded that they haven’t made a payment yet, because it is novel and attention-grabbing, or because it signals that the bank is especially serious about collecting debts.

We implement a series of placebo treatments and additional tests to make sure that we can rule out these alternative explanations. For example, in one placebo treatment, the bank sent customers a simple reminder message two days before the deadline, which had no effect. In another treatment, we sent customers a message with a placebo quote from the same religious text that did not refer to debt repayment and made no moral appeal. This treatment also had no additional effect on repayment.  The full list of tests, which we report in the paper, suggest that receiving the message triggers a response not because of any of these possible alternative mechanisms, but because customers respond to the moral appeal.

The setting of our experiment also helps us avoid a number of social confounds that might affect the response to moral appeals: our text messages are sent directly to the customer in the form of a personal text message, which is typically not observable to others. The repayment decision is similarly private, so that social influences, such as peer pressure and threats of social shaming are minimised.

Since the moral appeals in our experiment are sent to customers of an Islamic bank, one may wonder whether the text messages are effective only because they have a religious connotation (they invoke the Prophet and quote a widely respected religious text), or whether people are more generally averse to consciously violating a moral norm once it is brought to their attention.

To test this, we sent different variations of the moral appeal, which successively removed its religious connotation:

We find that all versions of the moral appeal have a similar effect. That is, a message containing only the moral statement that “non-repayment of debts by someone who is able to repay is an injustice”, is sufficient to trigger repayment – independent of any references to religion, another moral authority, or threats of negative consequences. 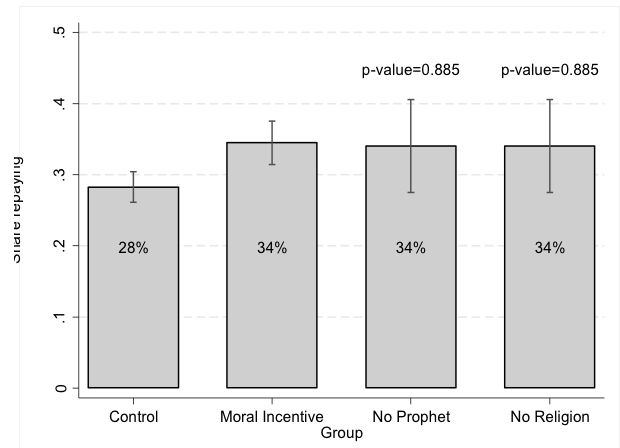 We believe that our findings provide evidence that moral considerations play an important role in economic decisions that involve high financial stakes, and that people experience a disutility from consciously violating a moral norm. This mechanism seems to be at work even ‘when nobody is watching’. That is, when the moral appeal is not associated with religion, the law, or another moral authority, and does not mention penalties or negative consequences of non-repayment.

We therefore interpret the response to the moral message as pointing towards an ‘intrinsic’ sense of morality that affects behaviour and maintain a norm of debt repayment, even when threats of punishment and the social factors usually associated with the enforcement of debts are largely absent.

The presence of moral considerations in economic transactions in this setting also has important implications for market efficiency. If individuals take morality into account when deciding whether to repay their debt, this may alleviate the lemons problem in credit markets, since borrowers with low ability to repay are more likely to experience a private utility cost from not repaying their debt. Moral considerations may also alleviate moral hazard in credit markets, by making debtors less willing to default. Morality seems to play a role in the marketplace after all.

Dyson, K (2015), “The Morality of Debt: A History of Financial Saints and Sinners”, Foreign Affairs.