How high intra-national trade costs limit the gains of globalisation 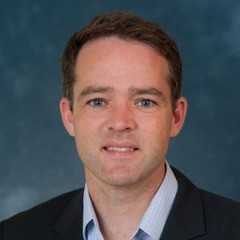 Recent decades have seen substantial reductions in the barriers that impede trade between nations, a process commonly referred to as ‘globalisation’. Standard theories of international trade would suggest that these reductions should be welcomed by residents of low-income countries. Yet there is a pervasive view that many of the world’s poorest have gained little from the reductions.

How large are trade costs within developing countries?

To assess these claims and design policies to share the gains from globalisation more evenly, we require rigorous estimates of the size and implications of these costs. Such estimates are absent, particularly in data-scarce regions of the world such as sub-Saharan Africa. In recent work, we have developed a new methodology designed to estimate trade costs (Atkin and Donaldson 2015). We apply this procedure to newly collected micro-data from Ethiopia and Nigeria (as well as to the US, for purposes of comparison). In addition, we explore the implications of our estimates for the geographic incidence of globalisation within these countries.

To fix ideas, consider a product that is imported from abroad. Suppose this product enters a country through a port of origin where it is sold to domestic traders at a wholesale price. These traders then sell the product at a destination in the interior of a country. The difference between this wholesale price and the final sale price (the ‘spatial price gap’) is a combination of two objects; the intra-national trade costs from moving goods within the country (from the port town to the destination location), and some mark-up over costs charged by the domestic traders.

There is a large literature in economics that draws on this observation to uncover the costs of distance through estimates of these spatial price gaps (Fackler and Goodwin 2001, Anderson and van Wincoop 2004). We extend this approach by using new data and new tools to overcome three well-known challenges that plague such inferences:

To address this challenge to the spatial price gap approach, we formally demonstrate how another measure – the extent to which price shocks to the port-of-origin wholesale price cause changes in an interior location. This ‘pass-through rate’ contains the necessary information needed to disentangle trade costs from mark-ups. Applying this correction, we find that existing approaches would underestimate trade costs by an additional factor of two. This finding has the auxiliary implication that, somewhat surprisingly, mark-ups are lower in relatively remote locations in our sample countries.

Our results suggest that this is predominantly because in these remote locations, since prices are already high due to large trade costs, traders do not wish to charge as high an additional mark-up since they would very quickly lose the remaining customers they do have. More precisely, we find that demand curves, for nearly all products and locations in our sample, are more elastic at higher prices. This force outweighs the fact that remote locations appear to be less competitive, so traders are less constrained in their choice of mark-up by competitive forces.

With these three corrections, we estimate that the cost of distance within our two African sample countries is approximately four to five times larger than in the US. In addition, we find that this relatively high burden of distance in our African sample countries remains once we adjust our distance metric for the availability and quality of roads. Reassuringly, our results on the costs of intra-national trade in Africa relative to the US line up with direct evidence from trucker surveys (Teravaninthorn and Raballand 2009).

This has obvious implications for consumer welfare in these developing countries, particularly for those consumers whose relative remoteness means that as consumers they are connected to world markets only via these high intra-national trade costs.

This remoteness matters in two distinct ways. First, these consumers necessarily pay relatively more for imported goods, which reduces the amount of potential surplus these consumers can derive from foreign goods. Consistent with this claim, we show that the probability of a product not being found by price enumerators is higher in remote locations.

Second, a relatively smaller fraction of the surplus that remains once foreign products do arrive at remote locations accrues to consumers (instead of traders) than in locations near to the port of entry. This is to be expected if, as our data suggest, remote locations are less competitive.

Like much research in developing countries, exploring the impacts of globalisation on the developing world is hampered by a paucity of detailed consumption micro-data. Our goal in the project is in part methodological: to develop a methodology for estimating and understanding intra-national trade costs that draws only on widely available price data. We show how one can nevertheless make progress because prices, and the extent to which they respond to price shocks at the border, contain essential information about the costs and benefits of the decisions traders make. Those decisions help to reveal exactly what is needed to understand the size and the implications of intra-national trade costs.

Atkin, D and D Donaldson (2015), “Who’s Getting Globalized? The Size and Implications of Intra-national Trade Costs”, NBER Working Paper No. 21439.