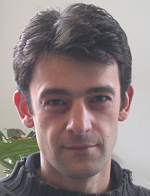 Because specialisation (or lack of diversification) in production tends to an increase a country's exposure to shocks specific to the sectors (or range of products) in which the country specialises, it is generally inferred that trade increases macro volatility. This view seems present in policy circles, where trade openness is often perceived as posing a trade-off between the first and second moments (i.e. trade causes higher productivity at the cost of higher volatility).

In a recent paper (Caselli et al. 2017), my co-authors and I revisit this common wisdom on two grounds.

The evidence, however, does not support this assumption. Indeed, country-specific shocks – shocks common to all sectors in a given country – are at least as important as sector-specific shocks in shaping countries' volatility patterns (e.g. Koren and Tenreyro 2007).

Our first contribution is to show that when country-specific shocks are an important source of volatility, openness to international trade can lower GDP volatility. In particular, openness reduces a country's exposure to domestic shocks, and allows it to diversify its sources of demand and supply, leading to potentially lower overall volatility. This is true as long as the volatility of shocks affecting trading partners is not too big, or the covariance of shocks across countries is not too large. In other words, we show that the sign and size of the effect of openness on volatility depends on the variances and covariances of shocks across countries.

Indeed, whether GDP volatility increases or decreases with specialisation depends on the intrinsic volatility of the sectors in which the economy specialises in, as well as on the covariance among sectoral shocks and between sectoral and country-wide shocks.

We make these points in the context of a quantitative model of trade and GDP determination. We use the model in conjunction with sector-level production and bilateral trade data for a diverse group of countries to quantitatively assess how changes in trading costs since the early 1970s have affected GDP volatility.

As the model and quantitative results illustrate, openness to trade does not always cause an unambiguous effect on volatility. The sign and size of the effect varies across countries. This result might partly explain why direct empirical evidence on the effect of openness on volatility has yielded mixed results. Some studies find that trade decreases volatility (e.g. Cavallo 2008, Haddad et al. 2010, Strotmann et al. 2006, Burgess and Donaldson 2015, Parinduri 2011), while others find that trade increases it (e.g. Rodrik 1998, Easterly et al. 2000, Kose et al. 2003, di Giovanni and Levchenko 2009). The model-based analysis can circumvent the problem of causal identification faced by many empirical studies, allowing for counterfactual exercises that isolate the effect of trade costs on volatility. Moreover, it can cope with highly heterogeneous trade effects across countries.

Burgess, R and D Donaldson (2012), "Railroads and the demise of famine in colonial India", MIT, manuscript.

Parinduri, R (2011), "Growth volatility and trade: Evidence from the 1967-1975 closure of the Suez Canal", University of Nottingham, manuscript.