Pay for Performance in the public sector Public Economics

How to pay public servants: Rewarding ability and performance in Indonesia 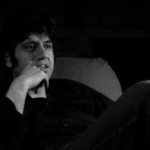 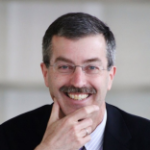 When monitoring job performance proves too costly, paying for ability can be as effective as pay-for-performance schemes, but cheaper to implement

Consider common perceptions of the public sector and public sector jobs.  Public sectors are inefficient, uncaring leviathans, where customer service is an alien concept and hardly any work gets done.  Public service jobs are stable and risk-free career tracks, where effort is divorced from compensation and shirking has few repercussions. These perceptions persist in a variety of settings and compensation schemes.  In recent research (Banuri and Keefer 2015), we therefore conducted an experiment with a novel subject pool in Indonesia to precisely address the question: what effect does changing compensation schemes have on the recruitment of high quality workers and on the effort of public sector workers?

With these constraints in mind, we examined stylised versions of three major compensation systems commonly found in the public sector.  The most basic system (and indeed, the most frequent in developing countries) exhibits flat pay, giving every public sector employee performing similar functions the same compensation, with no adjustments for effort.  Employees then progress in their career through seniority and promotions, but new entrants performing similar functions are paid the same base wage.

The second compensation scheme contains two essential elements: differentiated rewards according to office, and assignment to office according to merit.  This ability-based or ‘Weberian’ system is associated with Max Weber.  Common to some developing countries, this pay scheme provides differentiated pay based on some ability measure (usually entrance examinations), with higher ability candidates getting higher pay.  For example, in Indonesia, candidates who demonstrate greater ability in exams can enter the higher-paid Ministry of Finance rather than the lower-paid Ministry of Agriculture.  As in the flat system, however, once pay grades are assigned, they do not depend on effort.

The final public sector pay scheme is commonly known as pay-for-performance, where pay is explicitly linked to effort, much like in the private sector.  This pay scheme is increasingly evident around the world.  For instance, in perhaps the most notorious example, up to half of civil servant pay in Singapore is based on performance bonuses (Hasnain et al. 2012).

At first blush, the superiority of pay-for-performance scheme seems obvious.  Why would any organisation not choose a system that provides direct extrinsic incentives for effort?  However, it has two potential drawbacks.  First, it is expensive in terms of monitoring costs, particularly for a large range of jobs in the public sector that lack well-defined goals.  Second, increasing extrinsic incentives may ‘crowd out’ intrinsic motivation to exert effort (Frey and Oberholzer-Gee 1997).  In the public sector, public service motivation has been found to be an important source of motivation for workers (Perry and Wise, 1990; Ashraf et al. 2012), and managers are (rightly) concerned that performance-pay may undercut public service motivation yielding sub-optimal outcomes.

In Banuri and Keefer (2015), we measure the effort of college students who have committed to joining the Indonesian public sector under these three different pay schemes (flat, “Weberian”, and performance pay). These future public officials are asked to engage in a computerised effort task, popular in the economics literature (Gill and Prowse, 2014).  All participants are randomly assigned to one of these three tasks, from which we measure their effort. We then ask them to choose between a ‘public sector’ pay scheme, and a ‘private sector’ piece rate.  Effort exerted under the public sector pay scheme generates donations to a well-known Indonesian charity (to induce public service motivation).

Is it better to motivate or compensate?

As one would expect, performance pay generates the highest amount of effort – significantly higher than both flat and ability-based pay.  This is not really a surprise, since individuals typically respond to incentives.  However, when we unpack this result, we find that the effects of the performance incentives operate solely on under-motivated participants – those who attached little value to the social mission that we gave to subjects.  Participants exhibiting higher than average prosocial motivation were completely unaffected by the compensation scheme.  However, participants exhibiting lower than average prosocial motivation exerted greater effort in the performance pay scheme.

So which of the three pay schemes is effective in attracting high-ability, motivated applicants?  The answer is that both the differentiated pay schemes (pay for ability and pay for performance) are equally effective:  the ability and motivation of subjects who prefer the public sector are indistinguishable across the two pay schemes.  In contrast, flat pay attracts more low-ability workers.  Moreover, once sorting takes place, pay-for-ability and pay-for-performance workers exert statistically identical levels of effort.

Thus, it would seem that the preferred pay scheme really depends on how difficult it is to measure performance.  In particular, the evidence strongly supports pay-for-ability schemes when performance is difficult to measure.  Even more clearly, however, is the importance of moving away from compensation schemes that reward neither ability nor performance.

Editors’ note: This column first appeared on the IGC blog. The column gives the views of the author, and not the position of the IGC. It formed part of a cross-blog series on the 2030 Agenda for Sustainable Development run by the IGC, Africa at LSE, and South Asia at LSE blogs.

Ashraf, N, O Bandiera and B K Jack (2014), “No margin, no mission? A field experiment on incentives for public service delivery”, Journal of Public Economics 120: 1-17.

Banuri, S  and P Keefer (2015), “Was Weber Right? The Effects of Pay for Ability and Pay for Performance on Pro-Social Motivation, Ability and Effort in the Public Sector”, World Bank Policy Research Working Paper No. 7261.