Improving shock-coping with savings: The case of transactional sex 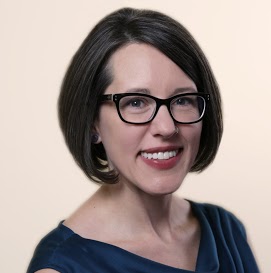 In the absence of complete credit markets, poor households often struggle to cope with unexpected expenses or interruptions to income. When access to insurance and credit is limited, households rely on a variety of shock-coping strategies, many of which may harm their own welfare in the short or long run. These include selling off productive assets, withdrawing children from school, reducing food consumption, or foregoing health care (Udry 1995, Jensen 2000, Maccini and Yang 2009). Relying on sexual partners for money is a common form of shock-coping for women in East and Southern Africa (Verheijen 2001, Swidler and Watkins 2007, Wamoyi 2010, Robinson and Yeh 2012). This includes not only commercial sex work but also more informal sex work, such as ‘bar girls’, and, most commonly, the receipt of obligatory money or gifts from boyfriends.

We assessed the use of transactional sex for shock-coping in Western Kenya by collecting detailed data from a sample of 600 vulnerable women (Jones and Gong 2019). Each respondent was paired with a single enumerator and met with her weekly for 12 weeks. Interviews included information on sexual and financial behaviours and exposure to shocks. The sample was composed of sex workers from urban Kisumu, and an equal number of women from a nearby rural area who did not identify as sex workers. The rural women were included based on their status as widows, divorced or separated women, or single mothers – all vulnerable women without the support of a male partner. Women in these categories are often in the pipeline to sex work in the context of Western Kenya. In fact, while this sub-sample was relatively inactive sexually (only 30% had any sex during the three-month observation period), most of their sexual encounters were reported to be transactional in nature.

In this region, health insurance is rare, and access to credit and formal savings may be limited. While many women save in Rotating Savings and Credit Associations (ROSCAs), these are typically aimed at accruing capital and are poorly suited to coping with unexpected expenses. Our aim was to encourage women to increase highly liquid savings that could be used to cope with unexpected expenses.  We conducted a randomised controlled trial to learn whether an increase in liquid savings would change women’s shock-coping behaviours, in particular, transactional sex.

Our primary intervention (‘treatment’) was the provision of an M-PESA mobile money account that was labelled for specific savings goals.  M-PESA, operated by the leading mobile service provider in Kenya, Safaricom, is a highly successful private enterprise which provides clients with branchless banking accessed via any mobile phone.  Savings in M-PESA accounts are highly liquid – M-PESA agents are ubiquitous (they can be found in numerous shops) and operate most of the day.

All study participants already had an existing M-PESA account and everyone participated in a small-group one-hour training on the importance of savings. We randomly assigned half the study participants to receive an additional ‘labelled’ M-PESA account earmarked for savings goals and emergency needs. To encourage adoption, all fees were waived for the first three months.  Women receiving this additional M-PESA account also received one-on-one facilitation for setting savings goals.  During the first three months, we conducted weekly data collection. Afterwards, there was an incubation period of five months, during which no intervention activity or data collection occurred. We then collected follow-up data eight months after the intervention in which we asked women about a variety of shock types they may have experienced over the past four months and how they dealt with each shock they experienced.

We find that adoption of the labelled M-PESA account grew steadily over the first three months. By the end of the period, 57% of those offered the account made at least one deposit. We aggregate balances across existing and labelled M-PESA accounts, and find that women in the treatment group had a significant increase in total M-PESA balances starting at eight weeks after the intervention. The difference was about 500 Kenyan shillings – an amount that can cover the median medical expense in our sample.  The increased savings in the treatment group persists eight months later, however the increase is smaller (+371 Kenyan shillings) and is statistically insignificant.

We compared the sexual behaviour of a woman to that of herself in other weeks. We find that the intervention significantly reduced the use of transactional sex and sexual risk for shock-coping.

Among sex-workers, the 20% increase in regular clients observed in a week following a dependent health shock is fully offset by the savings. Similarly, conditional on having sex, we find that the savings prevent the increase in sexual risk that is otherwise observed in a week following a shock. Eight months after the intervention, 13% of urban women in the control group report having relied on sex as a shock-coping mechanism in the past four months. Among those assigned to treatment, essentially no-one does. Similarly, treated women are significantly more likely to report relying on savings, and less likely to report a need to reduce consumption in the face of a shock.

Among rural women, only 27% ever report any transactional sex behaviour in our weekly data.  Among these women, a shock increases the probability of transactional sex by 50%. This effect is almost entirely mitigated by assignment to treatment. For this sub-sample in the medium-term, we find that those assigned to treatment are 50% less likely to report any sexual activity over the past four months, relative to the control group.

Among both samples we find that these behaviour changes add up to real differences in health outcomes. Over the course of the study, women assigned to treatment were 60% less likely to report any symptom of a sexually-transmitted infection.

Transactional sex-coping is common and dangerous. In this context, self-identified sex workers are not the only women relying on transactional sex as a method of shock-coping. A range of vulnerable women are relying on sex with boyfriends, friends, or acquaintances as a way to cover unexpected expenses such as medical care for a sick child. Condom use outside the sex worker sample is low. Transactional sex exposes women to unintended pregnancy and sexually transmitted infections, and potentially intimate partner violence and harm to mental health.

Increasing savings can improve shock-coping. In retrospective data, women in the control group report a range of coping mechanisms that include sex but also other harmful strategies, such as reducing consumption and acquiring debt. Few report relying on savings. Increased savings among the treatment group allowed them to rely on savings for shock-coping instead of increasing sex or risks taken in sexual relationships.

Achieving increases in precautionary savings is attainable. We find that acquiring personal precautionary savings in the small amounts needed to cope with small frequent shocks is attainable in a short period, even for women who are highly vulnerable and food-insecure. This intervention was brief, light-touch, and low-cost. Qualitative data suggests that the training alone nudged women in the control group to save more. We find that a safe, private, accessible mobile-money account earmarked for savings increased balances significantly above training alone.