The role of the railway network in the growth of London 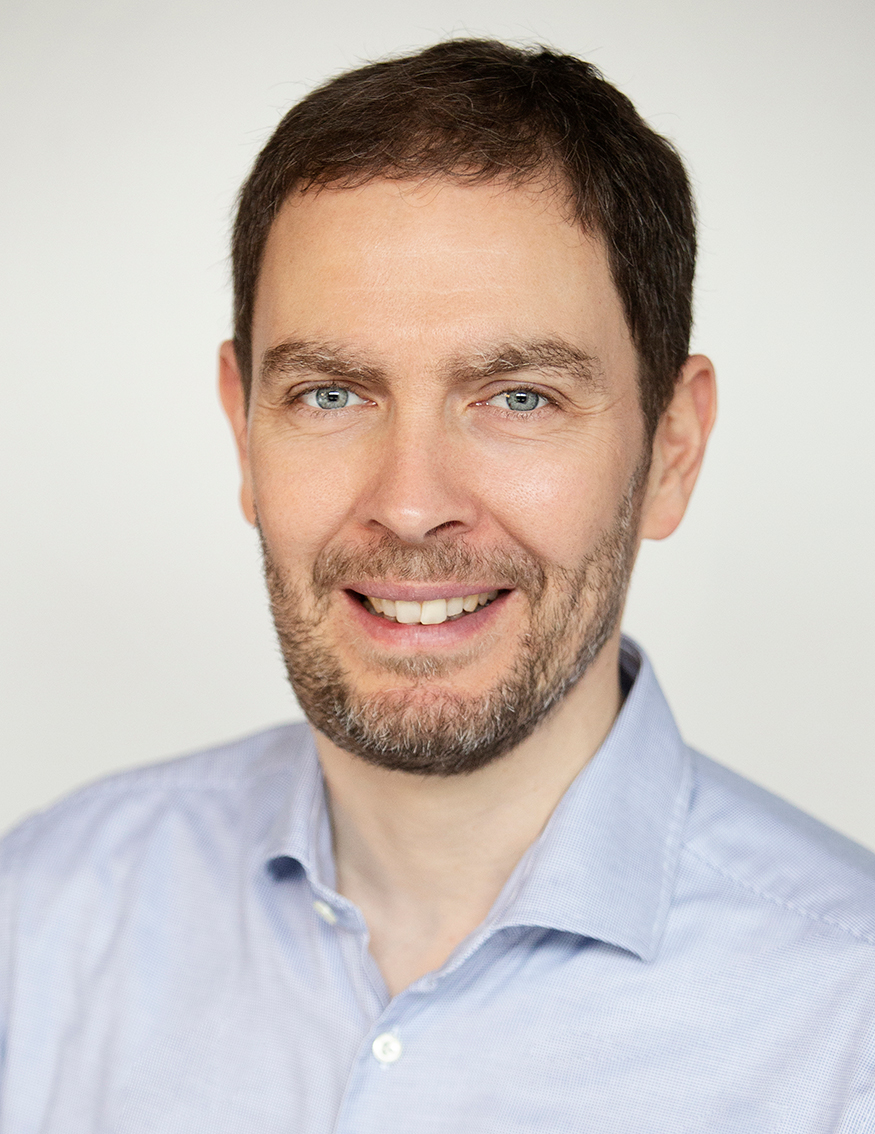 Modern metropolitan areas include vast concentrations of economic activity. Greater London and New York City are home to around 8.4 and 8.5 million people, respectively. These intense population concentrations require the transport of millions of people each day between their residence and workplace, as surveyed in Redding and Turner (2015).

Today, the London Underground alone handles around 3.5 million passenger journeys per day. Its trains travel around 76 million kilometres each year (about 200 times the distance between the earth and the moon). Yet relatively little is known about the role of these commuting flows in sustaining the city’s dense concentration of economic activity.

On the one hand, these commuting flows impose substantial real resource costs, both in terms of time spent commuting and the construction of large networks of complex transportation infrastructure. On the other hand, they are also central to the creation of predominantly commercial and residential areas, with their distinctive characteristics for production and consumption.

In our research (Heblich et al. 2018) we provide new evidence on the contribution of the separation of workplace and residence to spatial agglomeration, using the following data:

The key idea behind our approach is that the slow travel times achievable by human or horse power implied that most people lived close to where they worked when these were the main modes of transportation. In contrast, the invention of steam railways dramatically reduced the time taken to travel a given distance, by increasing average travel speeds from around 6 miles per hour (mph) for horse-drawn vehicles and 3 mph for walking, to around 21 mph. This permitted the first large-scale separation of workplace and residence. This separation enabled locations to specialise according to their comparative advantage in production and residence.

Using both reduced-form and structural approaches, we find substantial effects of steam passenger railways on city size and structure. We show that our model accounts both qualitatively and quantitatively for the observed changes in the organisation of economic activity within Greater London.

The growth of London

London during the 19th century is arguably the poster child for the large metropolitan areas observed around the world today. In 1801, London's built-up area housed around one million people and spanned only five miles East to West. In contrast, by 1901, Greater London contained over 6.5 million people, measured more than 17 miles across, and was on a dramatically larger scale than any previous urban area.

By the beginning of the 20th century, London was the largest city in the world by some margin (with New York City and Greater Paris having populations of 3.4 million and 4 million respectively at this time). London's population also exceeded that of several European countries.

London developed through a largely haphazard and organic process during this period, which suggests that both the size and structure of the city responded to decentralised market forces. Therefore, 19th-century London provides a natural testing ground for assessing the empirical relevance of models of city size and structure.

We begin by providing several pieces of reduced-form evidence on the impact of steam railways on the organisation of economic activity within Greater London. The evidence reveals the following: 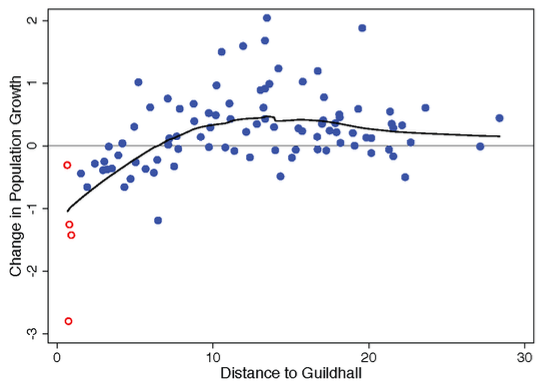 To interpret this reduced-form evidence, we develop a new structural estimation procedure for an entire class of urban models characterised by a gravity equation for commuting. Although we only observe these bilateral commuting flows between the 99 boroughs within the boundaries of Greater London at the end of our sample period in 1921, we show how this framework can be used to estimate the impact of the construction of the steam railwaynetwork using the following approach:

Although we estimate the model's commuting parameters using 1921 information alone, we find that its predictions provide a good approximation to the available historical data. It reveals the following findings: 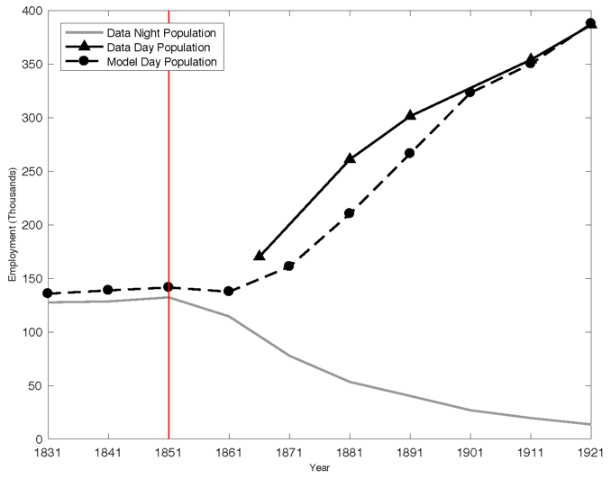 An implication of this approach is that our results hold under a range of assumptions about other model components, such as:

Given the data for the initial equilibrium in 1921, we show that the observed changes in population and land value statistics are sufficient in the model for determining historical workplace employment and commuting patterns, and control for other potential determinants of the spatial distribution of economic activity.

While our baseline quantitative analysis controls for these other forces, another key question of interest is the counterfactual of: What would have been the effect of the new commuting technology have been in the absence of any other changes?

To address this question, we make additional assumptions about these other model components, and pick one quantitative model within our class of urban models to solve for a counterfactual equilibrium. We choose an extension of the canonical urban model of goods trade and commuting, following Ahlfeldt et al. (2015), which is particularly tractable. It enables us to explore alternative assumptions about structural parameters in a transparent and flexible way.

Holding the supply of floor space and productivity and amenities constant, we find that removing the entire railway network:

In both cases, the increase in the net present value of land and buildings substantially exceeds historical estimates of the construction cost of the railway network. Allowing for a positive floor space supply elasticity or introducing agglomeration economies magnifies these effects.

We therefore find that much of the aggregate growth of Greater London can be explained by the new transport technology of the steam railway. Taken together, this class of quantitative urban models is remarkably successful in explaining the large-scale changes in the organisation of economic activity observed in 19th-century London. Our findings highlight the role of modern transport technologies in sustaining dense concentrations of economic activity.

Editor's note: A version of this column first appeared on VoxEU.org.