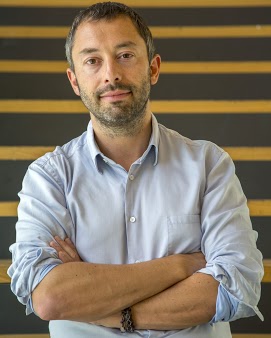 Professor of Economics, University of Bordeaux 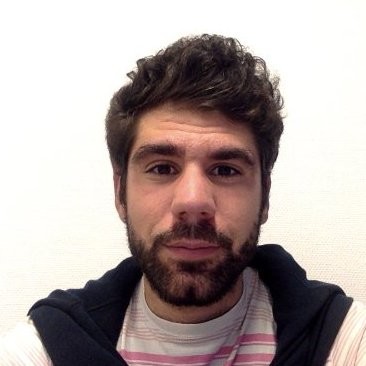 The Arab Spring has been characterised by the unprecedented role of women. In Egypt, in particular, women marched with men during the uprisings and lobbied actively on social media. For both men and women, “bread, liberty and social justice” were the main grievances underlying the 2011 protests, not women’s rights specifically. Yet the visibility of women amidst the revolutionaries started to challenge the historical stereotypes of a male-dominated public space. The high mobilisation of women continued, notably during the massive demonstrations of 2013 against the Muslim Brotherhood regime.

Using the Egyptian Demographic and Health Surveys (EDHS) and other data sources, we show that women’s exposure and participation to the street protests over 2011-2013 have pervaded the private sphere (Bargain et al. 2019). In regions with high rates of protest incidence, we find a 12–19% increase in women's final say in household decisions. We also find a marked decline in women’s acceptance of domestic violence and a reduction in the intention to excise their daughters.

The geography of protest and empowerment

Figure 1 presents our findings in four graphs. Graph 1 illustrates that protests were geographically dispersed. We use the Egyptian Revolution Database and proxy the intensity of demonstrations in each governorate by the total number of people arrested, injured, or killed (relative to total population) over 2011–2013.

We measure women empowerment by combining questions on women’s decision power regarding their own health, their ability to visit friends, and their control over the household's main purchases, as drawn from EDHS 2008 and 2014 (the two years surrounding the Arab Spring events).

Graph 2 shows the initial levels of women’s empowerment, highlighting that they are not correlated with where the protests took place. Therefore, a rise in women's empowerment in regions most affected by the Arab Spring should not be interpreted as reflecting fundamental household differences across regions of Egypt. 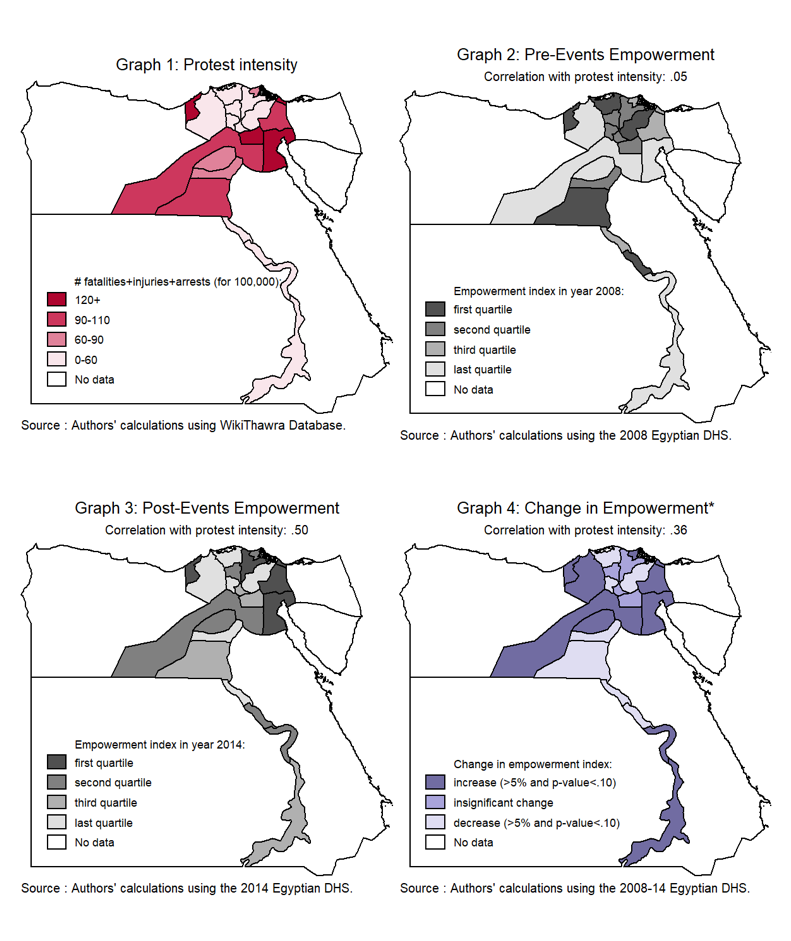 Graph 3 shows empowerment levels after the events and Graph 4 reports the time variation in empowerment. There is now a strong correlation with the geographical dispersion in protest intensity. This conveys that there may be a causal relationship between protest exposure and changes in female empowerment over the period.

Figure 2 shows the increase in final say overall, an increase in decision power in each dimension (health, socialisation, household purchases) as well as the reduction in women’s tolerance regarding domestic violence and their acceptation of daughter’s FGM.

We verify that prior trends in women’s empowerment (2000-2008) are not different between governorates with high and low rates of protests. Moreover, results are confirmed when using an alternative proxy for women’s exposure, namely a governorate rate of women’s protest participation (drawn from the Survey of Young People in Egypt), or when using variation at municipality level rather than governorate level. 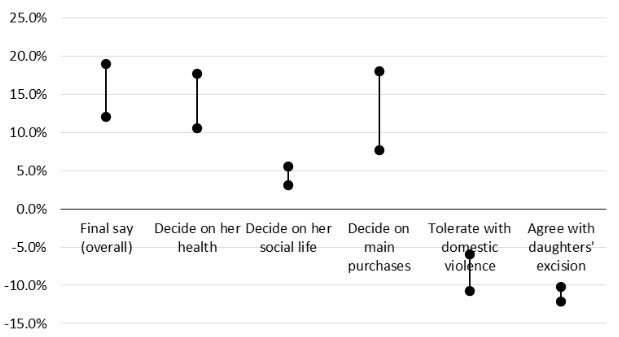 These results convey that an exposure to the protests may have entailed an improvement in women’s integrity and autonomy. According to our central interpretation, the broad visibility of women marching alongside men during the street protests may have altered both men’s and women’s perceptions of gender roles and rights. Empowerment effects can be due to the influence of a few iconic women among the demonstrators (i.e. role models), either locally or nationally. It can also be because of a significant number of female participants in the protests hitherto entering male-dominated areas and reducing statistical discrimination against women.

These results relate to the effect of imported norms on intra-household decisions (Jensen and Oster 2009, La Ferrara et al. 2012). The mechanisms described also resemble those in the literature on women's political representation, which shows that a higher female political participation weakens stereotypes in gender roles (Beaman et al. 2009). We focus on the domestic sphere rather than on women’s aspirations, yet our results on girls’ excision may indicate that women also change their views about female rights, integrity, and well-being for the next generation. This is the positive view on the unanswered question about whether the empowerment effect elicited here is temporary or not.