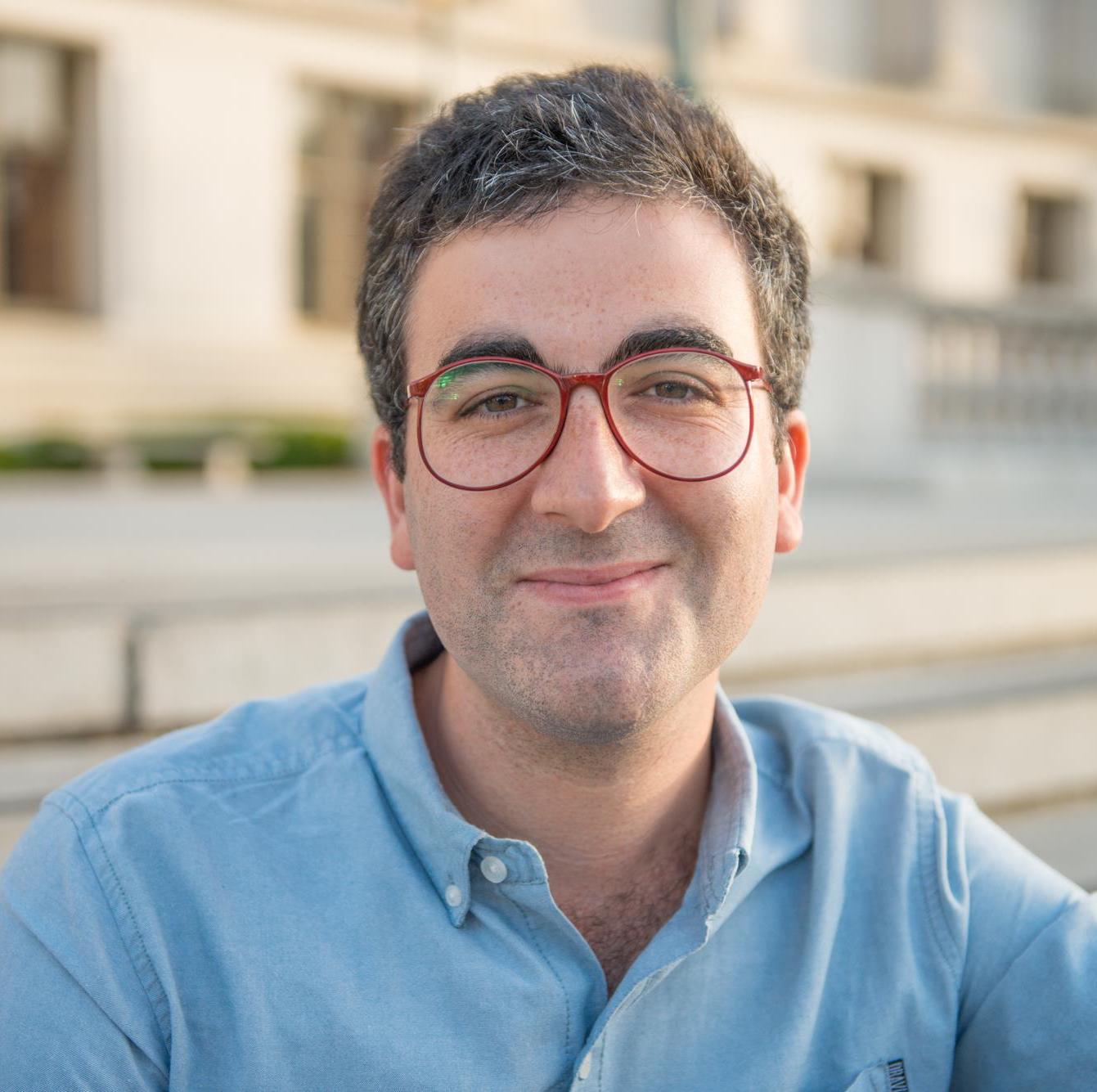 Why do individuals participate in protests? Social scientists have developed theories of participation since at least the 1970s (e.g. Granovetter 1978). Some have argued that people protest when a ‘critical mass’ of their contacts are protesting, a bandwagon effect/tipping point of sorts. The main appeal of such a theory is that it can explain the apparent speed with which protests appear, seemingly from nowhere. Empirical investigations, however, have been conspicuous by their absence because of the difficulty in measuring the characteristics and drives of protesters and non-protesters. This trend has changed with the current data revolution, and economists have begun to examine the main drivers behind the emergence of protests. Even though there has been increasing evidence on why and when city level protests emerge (e.g. Manacorda and Tesei 2016), with survey experiments revealing the importance of social considerations (Cantoni et al. 2017, Enikolopov et al. 2017), the individual decision to protest is still difficult to construe and critical mass theories remain untested. The Chilean context provides an ideal opportunity to examine whether individuals decide to protest when a critical mass of people they know are protesting (González 2018).

The Chilean student movement of 2011

In 2011, hundreds of thousands of students skipped school in an attempt to exert pressure on the incumbent right-wing government to reform the existing educational institutions. Protest activities began in May due to delays in the assignment of some social programmes, and student strikes rapidly increased in June, continuing until the end of the academic year in November. This student-led movement was one of the most important in the country’s history and the largest mobilisation since the Pinochet dictatorship ended in 1990.

Two features of the Chilean context provide a unique opportunity to measure the protest behaviour of a large number of individuals: 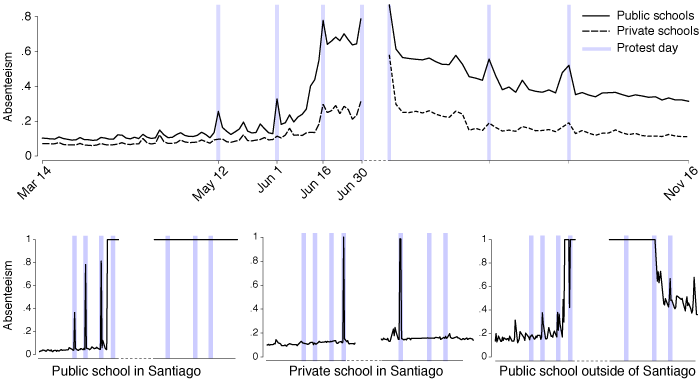 Students decided to skip school on a day of national protest only if more than 40% of the people they knew also skipped school. This finding constitutes empirical evidence that supports critical mass theories of protest participation. Additional findings suggest that this effect is stronger among groups that are more similar to each other, where similarity is measured by household income, gender, and academic achievement.

The critical mass of 40% corresponds to the (average) threshold proposed by Granovetter (1978). This number masks the fact that different individuals seem to have different thresholds. Indeed, students with fewer people in their networks and living in smaller cities exhibit lower thresholds. These patterns of heterogeneity are broadly consistent with Mancur Olson’s theory of groups (Olson 1965).

Protesting is costly but potentially effective

The decision to skip school during a day of protest was taken in a high stakes environment. I find that school absenteeism on days of national protest is empirically associated with a lower GPA and higher grade retention at the end of the 2011 academic year. This negative affect on academic achievement implies that the decision to skip school on these days entails a private cost, consistent with the set of theories studying participation in collective action.

Although protesting was costly, it did succeed in creating some institutional change. I find that the intensity of school absenteeism among high school students living within an administrative political unit is associated with significant changes in political outcomes. In counties where student strikes were more intense, we observe more votes for political candidates outside of the two traditional coalitions (which ruled Chile for more than two decades). These patterns are consistent with the findings of other studies, which also find that protests can change important political outcomes (e.g. Madestam et al. 2013). More anecdotally, several protest leaders were elected as members of Congress and there have been important changes in educational laws as a result.

What explains the critical mass of networked protests?

The article written by Granovetter in 1978 was a pioneering study that emphasised the importance of collective behaviour to understand the emergence of strikes; however, it has been difficult to test these ideas empirically. The data on students in Chile show robust patterns that are consistent with Granovetter’s ideas, i.e. protesting becomes more likely when other people one knows are also protesting. What explains this behaviour? A critical mass protesting can theoretically increase the benefits or decrease the costs of protesting. On the one hand, a critical mass of people improves the conversation among members of a group. On the other hand, it can decrease the costs of skipping school by improving relative educational performance i.e. as many other students are missing school and potentially reducing their educational performances, if you were to also skip school, your educational performance would drop in absolute terms but not relative to the many others missing school.

Studying the Chilean student movement of 2011, I show that students were influenced by their networks to skip school on a protest day only when a ‘critical mass’ of 40% of their networks also skipped school. Overall, results support the popular idea of a tipping point in behaviour (Gladwell 2000) and the importance of strong ties to promote political activism (McAdam 1986). More research in this area will throw light on the exact drivers and social dimensions involved in protest.