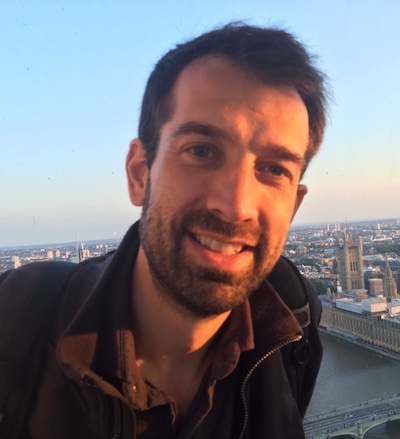 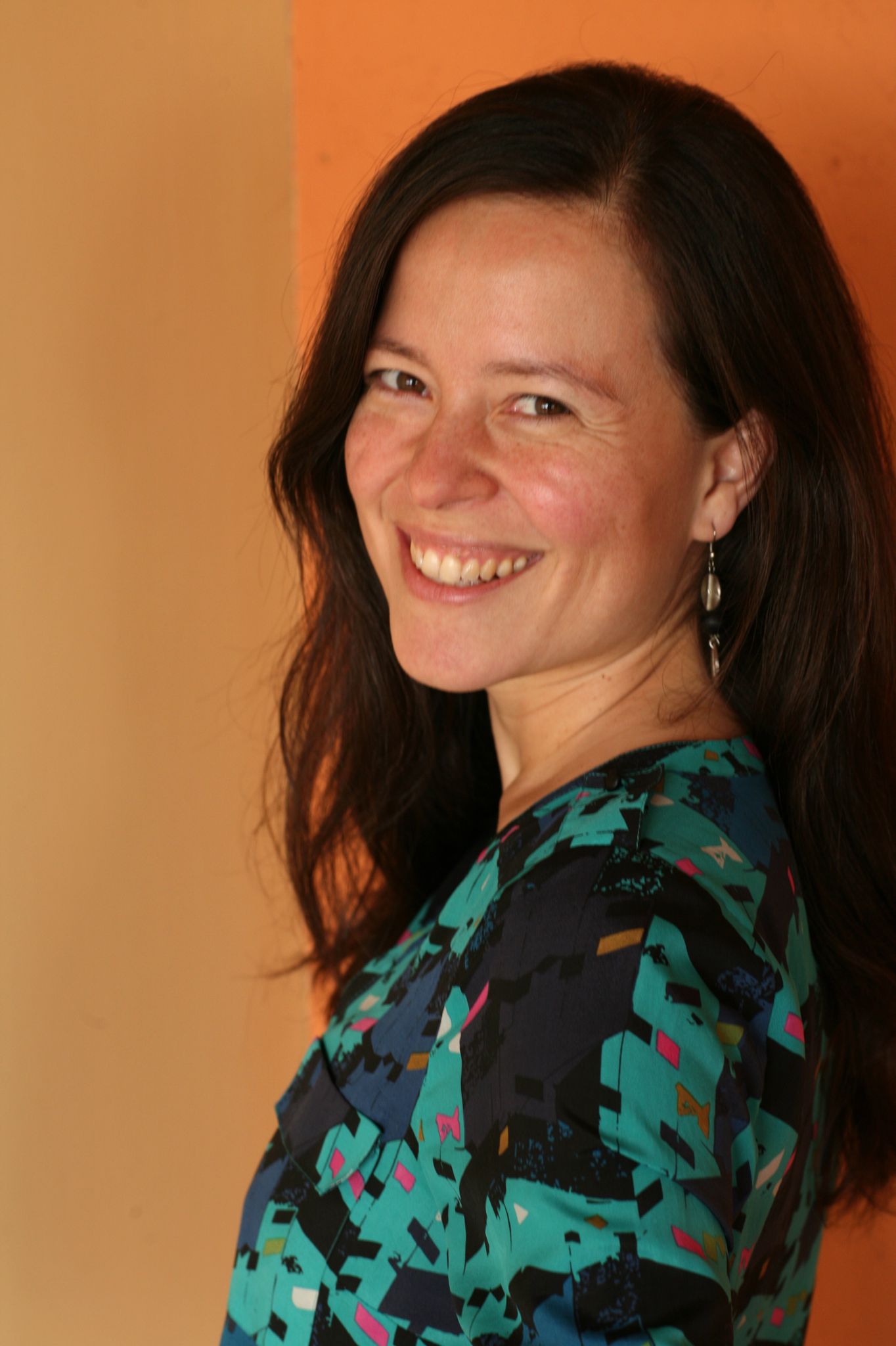 In addition to their impact on poverty, cash transfers can have positive spillovers to the local economy

Cash transfer programmes are an important type of safety net in developing countries, and the COVID-19 crisis accelerated the creation of new programmes and the expansion of existing ones.  There is a large body of evidence showing that these transfers have positive effects on the wellbeing of their recipients. However, the perception that such programmes reduce beneficiaries’ labour supply, and thus have negative effects on labour markets (particularly in the formal sector), is pervasive in the policy debate. In this column we present new evidence showing that cash transfers can lead to positive indirect effects on local economic activity, which can dominate potential negative effects on the labour supply of beneficiaries. Thus, beyond fighting poverty, multiplier effects for social transfers can help alleviate the demand constraints that limit economic growth.

Cash transfer programmes cover about 30% of the poor in Middle Income Countries (Honorati et al. 2015) and were the main vehicle of social assistance during the pandemic (Gentilini et al. 2020). It is well-established that these programmes directly reduce poverty and improve the well-being of beneficiaries in important ways (including health and education). Several studies also show that cash transfers can reduce labour supply – particularly in the formal sector – if eligibility is based on income (Bergolo and Cruces 2021). However, less is known about the potential indirect impacts of these transfers on the local economies in developing countries.

In a new paper, we study the direct and indirect effects of one of the main large-scale cash transfer programmes in the world: Programa Bolsa Familia (PBF) in Brazil (Gerard, Naritomi and Silva 2021). We use longitudinal administrative data covering all formal workers and PBF beneficiaries, along with several survey and administrative data on municipalities. With these data, we estimate the impacts of a reform that increased the total number of PBF beneficiaries by more than 17% (or almost two million additional families) in 2009. Our empirical strategy relies on the fact that there is a national cap on the total number of beneficiaries, and specific rules guide the allocation of slots across municipalities. The 2009 reform increased the national cap and changed the methodology used to allocate slots (see Figure 1). In our analysis, we exploit the variation in the intensity of the reform across municipalities caused by this change in methodology. We compare over time the municipalities where there was a large expansion of slots with the municipalities where there was little change in the number of slots relative to what would have happened if the government had not changed the methodology.

Note: This figure presents the evolution of the total number of PBF slots and beneficiaries nationally. Panel (a) illustrates the different levels since the creation of PBF in 2004, with the vertical lines indicating the timing of programme reforms in which the total number of slots and municipal quotas were updated in 2006, 2009, and 2012. Panel B illustrates the relative changes around the 2009 reform with the vertical lines indicating the start and the end of the rollout of the 2009 reform studied in the paper.

We find evidence that this PBF expansion boosted local economies within Brazil as a 13.6% increase in total PBF payments (Figure 2a) led to an increase in the number of private-sector formal jobs which reached 2% by 2011 – two years after the reform (Figure 2b). The effect on total payroll is slightly smaller (1.7%) because the increase in formal employment is concentrated in lower-skilled occupations. We also estimate the effects on municipal GDP and taxes paid in the municipality where the results mirror our findings on formal employment. By 2011, both local GDP and local taxes increasing to 1.7% and 2.7%, respectively.

Note: This figure shows the shock coefficients (with their 95% confidence intervals) from a dummy variable indicating whether a municipality belongs to the top 50% of the distribution of Quota2009, while controlling for fixed characteristics of municipalities, time periods and time varying characteristics of states, size of PBF in 2006, and alternative quota measures based on previous quota methodology. The outcomes in panels (a) and (b) are the logarithm of total PBF payments and the logarithm of the number of private-sector formal employees, respectively. The vertical lines indicate the start and end of the rollout of the 2009 reform.

Potential effects on local economies and their drivers

Our results are consistent with local demand effects generated by PBF payments. We find a large increase in formal employment among workers who were never part of the programme. In addition, we find no effect on local public employment, suggesting that the economic boost is driven by local economic activity from payments to beneficiaries rather than a larger local bureaucracy to run the programme. We also show that our results are not simply driven by a reallocation of formal employment across neighbouring municipalities within a greater local economy. The results are similar if we replicate the same analysis at a higher level of aggregation than the municipality (i.e. micro-regions). In addition, we document a clear increase in the municipal GDP attributed to non-tradable industries after the reform, which is the sector that should be most affected by local demand effects.

Our evidence therefore suggests that transferring cash to poor families can have positive spillover effects, and our findings are consistent with evidence in Ferraz et al. (2021) on the role of demand constraints in limiting formal economy growth in Brazil.

Using micro-data on beneficiaries, we investigate whether the positive aggregate effect is in part due to positive effects of PBF benefits among beneficiaries, or if the positive effects exist despite a negative impact of the policy on beneficiaries’ labour supply. Recent studies document that cash transfers do not in fact discourage work among beneficiaries (e.g. Banerjee et al. 2017). Some argue that cash transfers could actually help beneficiaries find better jobs by unlocking liquidity constraints (Baird et al. 2018). However, much of that discussion focuses on proxy-means tested programmes that can only generate income effects (like more demand for leisure from additional income), not substitution effects (like changes in labour supply to obtain or retain eligibility). Several other papers in the Latin American context have found formal labour supply responses to cash transfer programmes that changed the relative returns of formal employment (Garganta and Gasparini 2015, Bergolo and Cruces 2021, and Gerard and Gonzaga 2021).

The magnitude of the impacts

Putting the magnitudes in perspective, we estimate the implied cost per formal job following literature on the impact of local government spending on local labour markets. We obtain a point estimate of US$5,600 per year, or about 2.1 times the minimum wage at the time. This is much lower than estimates for the United States, but closer to the $8,000 estimate in Corbi et al. (2019) for the impact of inter-governmental transfers on formal employment in Brazilian municipalities. The smaller cost per formal job that we found in the case of Bolsa Familia is consistent with larger demand effects from direct transfers to poor families with high marginal propensity to consume.

Interestingly, we also find that the cost per formal job is much lower in municipalities with lower informality rates at baseline. This is consistent with the possibility that more jobs are at the margin of formalisation in those labour markets. By contrast, the cost per formal job is closer to U.S. estimates in more informal labour markets. This is consistent with the possibility that our analysis misses economic activity generated in the informal sector in those labour markets, and that it takes larger demand shocks to create formal jobs where informality is pervasive. It is also possible that these local multipliers could be larger in other countries where the targeting of cash transfers does not rely on actual income (proxy-means tested programmes), and thus does not potentially disincentivise participation in the formal economy.

Our paper contributes to a broader debate on the indirect effects of social policies in developing countries’ the economies. Angelucci and De Giorgi (2009) find evidence that Progresa in Mexico affects the consumption of ineligible households living in the same villages through the insurance and credit markets. Bosch and Campos-Vazquez (2014) estimate the aggregate effects of extending health insurance coverage to workers outside the formal sector in Mexico. They find reductions in local formal employment, driven by negative effects on the formal labour supply among beneficiaries. In-kind transfers – especially in the form of health insurance coverage – may not lead to similar multiplier effects in the local economy as cash transfers. Imbert and Papp (2015) and Muralidharan et al. (2017) estimate the aggregate effects of a public employment programme on local labour markets in India. Such programmes deliver benefits in the form of (manual) employment, and therefore operate through a different channel, driving up private-sector wages and earnings by improving workers outside options (Ravallion 1987, Basu et al. 2009). More recently, Egger et al. (2021) study how a one-off non-governmental transfer affects local recipients and rural economies in Kenya. Our study analyses a persistent expansion of a large-scale government welfare programme that has been running for more than 15 years across urban and rural areas in Brazil.

Cash transfers have become one of the main social protection tools in the developing world. Evaluating the 2009 expansion of the Programa Bolsa Familia, the largest conditional cash transfer programme in the world, we find a positive impact on the local formal labour market and the overall economy. The evidence also suggests that cash transfer programmes can have important positive indirect effects in the local economy even in a context where an income-based targeting criteria may disincentivise formal labour supply.

Baird, S, D McKenzie, and B Özler (2018), “The effects of cash transfers on adult labor market outcomes”, IZA Journal of Development and Migration 8(1): 1-22

Bergolo, M and G Cruces (2021), “The anatomy of behavioral responses to social assistance when informal employment is high”, Journal of Public Economics 193: 104313.

Garganta, S and L Gasparini (2015), “The impact of a social program on labor informality: The case of AUH in Argentina”, Journal of Development Economics 115: 99-110.