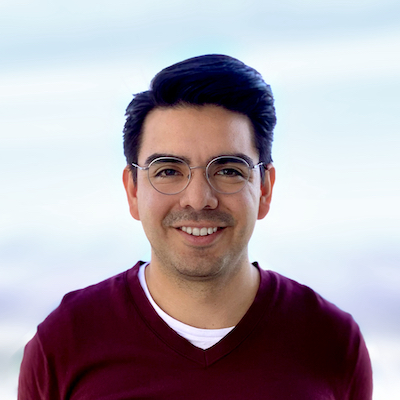 In settings with market power, providing goods directly can generate larger consumer surplus gains than cash and vouchers because of price effects

Governments worldwide expend considerable resources providing or subsidising essential goods and services: from food and public housing to schools and healthcare. Many of these cases involve direct provision, often despite the existence of privately supplied alternatives.  ’Ration stores’ – at which households can typically purchase staple foods or essential household consumption goods at subsidised prices – are examples of this.1

Economists often find this kind of direct-provision systems to be puzzling, where it seems unlikely that governments have a comparative advantage over the private market in procuring and distributing goods. Moreover, opponents often argue that such programmes constrain choice and may be weakly dominated by vouchers or unrestricted cash. On the other hand, proponents justify direct provision as an effective redistributive policy when incomes are difficult to observe. It encourages consumption among needy households while the less-needy consume elsewhere (Blackorby and Donaldson 1988, Besley and Coate 1991, Gadenne 2020).

One often ignored aspect in these discussions is that private suppliers in low- and middle-income countries often have market power (Goldberg 2018). In such cases, the public option acts as an extra competitor, inducing price changes and potentially increasing welfare. The potentially lower quality and higher costs of direct provision need to be traded off with its pro-competitive effect to assess what works best. We study this tradeoff in the context of the nationwide provision of subsidised milk via ration stores in Mexico, where households can purchase milk at a fraction of the private-market prices.

The pro-competitive effect of government-provided milk

In our recent paper (Jiménez-Hernández and Seira 2021), we show that the direct provision of milk decreases the price of privately supplied alternatives. Using an event-study specification, with variation induced by the entry of new government Liconsa milk stores from 2010 to 2014, we show that households consume 14% more liters of milk and pay 2% less per liter for milk a year after a store opens. While other papers have compared cash transfers and direct provision in rural villages (Cunha, de Giorgi, and Jayachandran 2019, Filmer et al. 2021), our setting is the urban part of the country (65% of the Mexican population). Because we observe milk consumption among household of all socioeconomic statuses, we can also compare effects for the poor versus the non-poor, and thus measure the targeting benefit of direct provision.

Figure 1 shows that households are 10 percentage points (52% of the unconditional mean) more likely to purchase from the government and 3 percentage points less likely to purchase from private brands. Most of the gain in consumption comes from the poorest individuals in the data. These (imperfect) substitution patterns also affect prices. The average price per litre in the private market decreases by MX$0.25 (2.3% of the mean). Prices decrease more for products that are closer in product space to the government-provided milk. We find no evidence of product exit or changes in the product composition over the two years after the store expansion.

Evaluating the tradeoff between lower prices and lower-quality goods

At face value, ration stores increase consumption and lower the price of milk, arguably benefiting individuals. However, despite its nutritional value, government milk is subjectively perceived to be of lower quality, and this quality difference must be included in the welfare calculus. In fact, we elicited individual perceptions of the government milk through a blind-tasting experiment. Consumers tend to rank it last in subjective quality measures such as taste, colour, and consistency.

To evaluate direct provision, we developed and estimated a model of supply and demand. On the demand side, households with heterogeneous preferences choose what product to buy—trading off quality and prices. One of the available products is the (estimated) lower-quality, lower-price government good, for which households must visit a ration store if they want to purchase. On the supply side, we have private firms that maximise profits competing in prices with differentiated goods that coexist with a government producer who sells milk up to a budget constraint. We estimate this model using moments from the staggered rollout of new stores, along with cost-shifters generated from the distribution network of private producers across the country.

When we quantify the tradeoff between prices and quality, we find that direct provision increases consumer surplus relative to widely proposed alternatives. Figure 2 summarises the market outcomes under the observed direct provision system (grey) and two alternative counterfactual regimes: one where we use the government budget to redistribute via cash transfers (turquoise) and one with vouchers to be used in the private milk market (yellow).

The outcomes are (a) the average price per liter in the private market, (b) the share of households that purchase milk, (c) the average consumer surplus normalised to the one of direct government provision.

Compared to an equivalent-cash transfer regime, direct provision increases prices by MX$0.31 (or 2%) and has 3 percentage point more households consuming milk. Furthermore, consumer surplus is MX$0.12 lower (2% of the average consumer surplus). Even though the standard economic intuition that cash weakly dominates direct provision absent price changes still holds – because consumers choose how much to and which brands to suit their preferences – the pro-competitive effect of having the government as a competitor lowers prices by enough to generate a consumer surplus increase. Moreover, most of these surplus gains accrue to the poorest individuals, highlighting the programme’s redistributive nature.

The comparison with vouchers for private milk yields similar results, but since prices increase even more than with cash (given that they can only be spent on milk), consumer surplus is lower with milk vouchers than with cash transfer.

Policymakers have argued that a government provider could discipline the private sector (for health insurance markets in the US, and for development banks in middle income countries such as Bancomext). In our setting, we have quantified the price and welfare effect of direct government provision and shown that existing market power in the private sector may be large enough to justify direct provision.

To best design public policy based on the role of market power, we need more systematic assessments of markups in the private market faced by consumers of different incomes. We hope to encourage more research in this timely issue.

Banerjee, A, B A Olken, E Satriawan, and S Sumarto (2021), “Food vs. Food Stamps: Evidence from an At-Scale Experiment in Indonesia”, NBER Working Paper Series 28641.

Jiménez-Hernández, D, and E Seira (2021), “Should the Government Sell You Goods? Evidence from the Milk Market in Mexico”, Working Paper.

1 In Mexico, around 7 million individuals benefit from this type of store and the corresponding government spending accounts for 0.7% of the GDP.