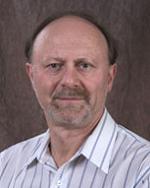 Researcher at the Institute of International and Areas Studies, Sogang University

The deceleration of growth since the Global Crisis adversely affects tax revenue collection, and thus raises further concerns about the fiscal health of developing countries. At a fundamental level, the limited institutional capacity, in particular tax administration capacity, constrains the tax revenue mobilisation of developing countries in Asia, Latin America, and elsewhere. Consequently, many developing countries faced the twin challenges of lower revenues from traditional tax sources and growing fiscal demands. In response, they embarked on fiscal reforms, increasing the share of new revenue sources – higher personal and corporate income taxes, sales taxes, value added taxes, and other taxes. These fiscal reforms are necessary and welcome, but require large investments in improving tax administration and collection. But such investments are often challenging and difficult in countries that are characterised by high enforcement costs due to large informal sectors and other structural factors.

According to the public finance literature, understanding tax systems requires an understanding of their interaction with the quality of institutions and economic structure (see, for example, Auerbach et al. 2013). To illustrate, if a large share of the GDP is produced by a few commodity exporters, for example oil firms in oil dependent economies, tax collection can be centralised. For a given quality of institutions, tax collection is more challenging in countries with a large informal sector and an agricultural sector dominated by small farms.1 Relative to Asia, Latin America has much more experience in using fiscal policy to promote equity. In particular, successful cash transfer programmes such as Brazil’s Bolsa Familia or Mexico’s Opportunidades and Progresa have helped to mitigate inequality (see Lee and Park 2014). In contrast, in the advanced economies, redistribution of income via progressive taxation and pro-poor public spending has long been one of the main objectives of fiscal policy.2

We can expect the developing countries to follow in the footsteps of the developed countries as they grow richer and their citizens’ demand for public services grows. This is especially true for largely middle-income Asia and Latin America. Their embrace of globalisation – that is, trade and financial integration – will reduce the relative importance of trade tax, inflation tax, and financial repression, and increase that of income taxes, VAT, and sales tax. Extensive structural change in the developing world will impinge on tax revenue mobilisation.

Pattern of tax revenue trends in Asia, Latin America, and other regions

Figure 1 shows the composition of revenue collection, as a share of GDP, for Asia vis-à-vis Latin America in 2012. The comparison suggests that the relative share of goods taxes is higher in Latin America than in Asia. Figure 2.1 shows panel data of total tax/GDP for 1993-2012 for each five-year period. The average tax/GDP ratio in Europe is 20%, higher than the rest of the world, which is 10-15%. For Asia and Latin America, tax/GDP is trending higher, and averaging at 14.8% and 17.9%, respectively, during the past five years. On the other hand, North America and sub-Saharan Africa witnessed declining tax/GDP over the past decade.

Figure 2.2 shows a proxy for complexity of the tax system – that is, average time to prepare and pay taxes – across regions. Over the past decade, tax preparation time declined in all regions. Yet, institutional quality varies significantly across the regions, and the differences persist over time. Latin America, Asia, Middle East, and sub-Saharan Africa have had relatively much weaker institutional quality over the past two decades.

Our regressions aim to explain the tax/GDP ratio with economic and demographic variables, along with institutional quality (proxied by government effectiveness). The sample period is 1993-2012.  We find that initial GDP per capita, openness, GINI inequality index, and government effectiveness are all positively associated with the level of tax/GDP, while manufacturing value added and population growth are negatively related. With North America as a base region and controlling for other variables, we find evidence of regional effects. Our results suggest that there is no significant relationship between tax/GDP and a number of other variables, such as higher GDP growth, larger urban population, and shorter tax preparation time.

More openness, lower population growth, and higher government effectiveness are associated with higher tax/GDP in Asia. On the other hand, for Latin America, lower manufacturing value added, more openness, and lower population growth are associated with higher tax/GDP. While the sub-sample regressions are able to explain more than half the variation for Latin America and almost one third for Asia, they indicate that there is no one-size-fits-all econometric specification for explaining tax/GDP collection across Asia and Latin America.

Figure 3 shows the economic significance of the coefficient estimates. The figure reports economic significance of the variables that explain tax/GDP (%). Each bar in the figure is a product of coefficient estimate and the corresponding variable’s sample standard deviation. Openness, initial GDP per capita, GINI inequality index, and population growth are the most economically significant variables; a one standard deviation increase is associated with a more than 2% increase in tax/GDP.3

Notes: This figure reports economic significance of explanatory variables on Tax/GDP (%). Each bar is a product of coefficient estimate of column (1) in Table 2 and standard deviation of variable.
Source: Authors’ calculation.

In both Asia and Latin America – two largely middle-income regions of the developing world – the share of tax revenues in GDP has risen in recent years, for a number of reasons. Above all, as countries grow richer, the government tends to expand in response to the citizens’ demand for more and better public services. Further contributing to the growth of the state in the two regions are structural changes such as population aging – which induces more public spending on health care, for instance – and widening inequality – which brings about equity-promoting expenditures such as transfers to poor households. Given the heterogeneity of both Asia and Latin America, it is difficult to make sweeping comparative generalisations. Nevertheless, Latin America collects more tax revenues than Asia, and the goods and services tax plays a bigger role. Our empirical analysis of the determinants of tax revenue performance reveals both differences and similarities between the two regions. More openness and low population growth boosts revenues in both regions, but higher government effectiveness and lower manufacturing value added does so only in Asia and Latin America, respectively.

Overall, our analysis yields a highly complex and nuanced picture of the tax revenue mobilisation challenges facing developing countries at a time when many of them, especially in Asia and Latin America, face large and growing demands for fiscal spending. The tax revenue mobilisation performance of developing countries is characterised by a great deal of heterogeneity. While progress has been made, the revenue gap between the OECD countries and developing countries suggests room for expanding revenues in developing countries, even though a large part of the gap reflects the larger size of the government in richer countries. Our study also validates the key importance of government effectiveness and the quality of institutions. Adding more disaggregated controls for various dimensions of institutional quality and economic structure, which can help explain the sizable effect of continental dummies in some of our regressions, would be a valuable future research agenda.

VAT is especially important because it can help broaden the tax base into a more comprehensive and less distortionary structure. According to Keen (2013), in both Asia and Latin America, the average central rate of VAT increased by about 2% from 1993 to 2012, reaching about 11% and 14%, respectively. Yet the average VAT revenue to GDP rose by 2% of GDP in Latin America, while it fell by about 1% in Asia. This remarkable gap in de facto VAT collection can probably be explained by divergent trends in the variation of actual VAT rates across different economic sectors and VAT enforcement. But without more disaggregated data, we are simply unable to make clear inferences from the divergent trends between these two regions. Quantifying and understanding the importance of these factors in accounting for the heterogeneous tax revenue performance across different countries and regions remains an important avenue for future research.

1 For example, urbanisation and the decline of the informal sector will widen the tax net, and the emergence of large firms in urban areas will facilitate collection.  These developments put to the fore the key role of administrative capabilities and effectiveness in inducing tax compliance, which, in turn, is shaped by political economy factors (Cukierman, et al. 1992, Slemrod and Yitzhaki 2002).

2 Bastagli et al. (2012) found that, on average, 25 OECD countries experienced a 15% decrease in the Gini index of inequality due to taxes and transfers in 1985-2005. Seven countries saw their Gini index fall by over 20% while five others achieved around 10% decrease through the successful implementation of fiscal measures. Similarly, Joumard et al. (2012) found that taxes and transfers reduced disposable income gaps in OECD countries.  Equity-promoting fiscal programmes in Asia, Latin America and elsewhere – for example, public spending on education, health care, and subsidies and transfers – require plenty of fiscal resources and hence effective tax revenue mobilisation. We can expect population aging to impose significant fiscal burdens on the governments of developing countries. Older populations will increase the demand for public spending on pensions, health care, and other programmes that benefit the elderly. Therefore, even in developing Asia, which has more fiscal space than Latin America and other parts of the world (Lee and Park  2014), fiscal space today is no guarantee of fiscal space for tomorrow.

4 In most developing countries, the exports of commodities are controlled by a state monopoly taxing exports, such as an export board, or by a large foreign multinational that is taxed by the state. This may explain some of the big values of the regional dummies in Africa and Latin America.