Fast internet and employment in Africa 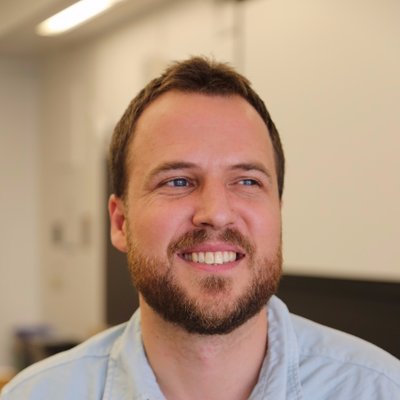 The textbook theories we grew up with predict that freer flow of 'stuff' – goods, services, investment, information, communication, and so on — should benefit the world’s poorest people: workers in developing countries (Goldberg and Pavcnik 2007). It is one of the reasons why most economists see more promise than peril in the process of globalisation.

Parts of Asia have seen broad job and income growth in recent decades. In many other parts of the developing world, however, increased integration in the global economy has brought disappointing economic progress for the poor (Harrison et al. 2011). Could the spread of modern information and communications technology (ICT) – both a dimension of globalisation in itself, and a result of other forms of globalisation such as freer trade – be part of the explanation? ICT is 'skill-biased' in rich countries (Katz and Autor 1999, Goldin and Katz 2007). The rapid spread of ICT has therefore contributed to slowing relative wage growth and lower relative employment rates among less-educated workers in, for example, the US.

In a recent research project (Hjort and Poulsen 2017), Jonas Poulsen and I assessed the average and distributional economic impact in Africa of a form of ICT that The Economist called "the greatest invention of our time": the internet (The Economist 2012). In the late 2000s and early 2010s, ten submarine fibre optic internet cables connected landing-point cities along Africa’s coast with other continents. They brought much faster data transmission speeds and higher capacity to Africa. This allowed us to measure the impact of fast internet in Africa by comparing the economic situation of individuals who were and were not connected to the landing-point cities via terrestrial internet cables, before and after submarine cables ‘turbocharged’ the local terrestrial internet network.

We focused primarily on whether individuals had a job. Employment is, of course, a potential way out of poverty. Most household surveys ask respondents about their work situation: we used data from 12 African countries with a combined population of roughly 500 million people, who were surveyed both before and after the arrival of a submarine cable. Some household surveys also ask employed respondents what type of job they hold. This both allowed us to assess how fast internet affects the quality of jobs in Africa, and gave us an insight into whether this technology had influenced the movement of workers across occupations.

We investigated whether these estimates could be interpreted causally. Employment may have been increasing at a faster rate in connected areas before the submarine cables arrived, but we found no evidence of these differential trends. It also did not appear that the employment response was due to the formalisation of pre-existing, informal jobs. In some countries, some jobs may relocate from unconnected to connected areas once fast internet arrives, but such job displacement could at most explain a portion of the overall increase in employment rates.

We also found that fewer workers held jobs in unskilled occupations, such as working on one’s own farm, when fast internet was available. This decrease in unskilled employment was offset by a bigger increase in employment in skilled occupations, such as professional and technical work. This shift, coupled with the increase in total employment, helps explain why wealth and a proxy for average incomes increased in connected areas when submarine internet cables reached Africa.

Fast internet benefits a broader segment of workers in Africa than in rich countries. It will be vital for future research to find out why this is the case. In our research we showed that firms are more likely to provide on-the-job training when they have access to the new technology, and perhaps such training boosts the internet-enabled productivity of middle-educated workers relatively more than highly educated workers. If young people stay in school longer once ICT technologies become available (Goldin and Katz 2008), this would represent another positive impact of technologies such as fast internet. If so, the education bias of ICT technology in developing countries may change in the long run.

Knowledge of how fast internet increases employment is also key for policy design, because a transformative new technology may create jobs through many channels. We showed that fast internet increased firm entry, firm productivity, and exporting. These are all channels that prior research suggested could boost job creation, although other mechanisms may also have played a role.

This is just one study of several documenting that modern ICT technologies can have large, favourable impacts in developing countries (see also Jensen 2007, Jensen and Oster 2009, Aker 2010, Chong et al. 2012, Jack and Suri 2014). The economic progress of the world’s poorest has not been as fast as we had hoped – but on this evidence the spread of ICT does not appear to be the reason.