The power of biometric identification for development 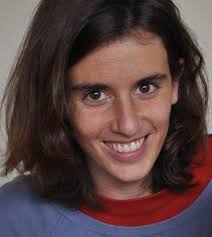 The technology can reduce leakages in programmes, increase access to public programmes and market services, and improve the delivery of healthcare

Biometric technology allows an individual’s identity to be confirmed using unique physical identifiers, such as fingerprints. Development organisations and the governments of many developing countries have invested heavily in the technology based on its power to increase programme efficiency and reduce opportunities for corruption.

In less than a decade, India’s biometric identity document (ID) system Aadhaar has enrolled 1.2 billion citizens and spawned 252 linked programmes. The World Bank’s ID4D project gives developing countries technical assistance in implementing biometric systems, citing a broad range of benefits in areas such as financial inclusion and the empowerment of girls and women. Large initiatives have been announced across West Africa, and the Bill and Melinda Gates Foundation has named biometrics, along with bank accounts and mobile phones, as a “trinity” that can lead to digital inclusion.

Does impact evidence support this worldwide excitement for biometric identification? In this column, we highlight some evidence on the different ways biometric identification can advance development, and report findings of a new paper showing that biometric devices can also improve the delivery of health services by tracking patients’ treatment adherence, monitoring health workers’ presence, and reducing the scope for data forgery.

In a randomised controlled trial (RCT), a research team tested a fingerprint-based identification system in providing loans to a largely unbanked population of paprika farmers in Malawi (Giné et al. 2012). The treatment consisted of fingerprinting loan applicants and informing them that future credit providers would be able to use this technology to access their credit history and condition future lending on past repayment.

The study found that fingerprinting led to substantially higher repayment rates for a subgroup of borrowers who had been predicted to have the highest default risk. While cautioning that the effects could well change over time, the authors conclude that biometrics can enhance the financial sustainability of microlenders and allow them to expand into underserved areas, thereby improving credit access for the poor.

A group of researchers worked with the government of the Indian state of Andhra Pradesh to randomise the order in which subdistricts introduced a new smartcard payment system for the government workfare programme and a pensions programme (Muralidharan et al. 2016). In the system, beneficiaries were given smartcards that could be inserted in a reader and matched with their fingerprints to positively identify them.

The study found that two years after rollout, the system substantially increased the efficiency of payments. In the workfare programme, treatment workers spent less time in the process of collecting payments and collected them sooner after finishing their work – though the authors point out that these improvements may have stemmed from an accompanying organisational change.

The smartcard system itself also appears to have reduced leakage: household workfare earnings and pensions went up with no corresponding increase in government outlays. In a programme where low-level officials often overreported workfare hours and kept the wages for themselves, the smartcard system appeared to reduce the number of these ghost payments. What’s more, surveys found that the new system did not result in an increase in exclusion errors (where a benefit fails to reach those who deserve it).

Reducing gaming of the system of in-kind benefit transfers

Another study in India (Barnwal 2018) looked at the effects of adding biometric identification to a large (US$ 8 billion annually) subsidy programme for cooking fuel – liquefied petroleum gas (LPG). As the author explains in a column on VoxDev, the fact that businesses paid a taxed market rate created incentives for citizens to claim the subsidy, buy the fuel at the lower rate, then resell it on the black market.

A 2013 reform changed how the subsidy worked. Before, households would purchase LPG canisters from government-appointed retailers at the subsidised price. After the reform, they paid market price and then used their Aadhaar ID to receive the subsidy as a rebate directly in their bank account after each purchase.

Barnwal uses the staggered rollout of the programme and its eventual, unexpected termination to show that the system reduced leakage. During the period of the policy, household LPG purchases reduced substantially and after the policy ended, they increased quickly to their previous levels, while commercial firms reduced the amount of LPG they bought on the formal market.

Overall, the three aforementioned studies point to the power of biometric systems to reduce leakages in government programmes and increase access by the poor to public programmes as well as market services provided by private actors.

In a new working paper, three of us – Thomas, Clara, and Vincent – looked at a different use of biometric technology: improving the delivery of public services by tracking providers as well as beneficiaries. We also study a novel domain of application: healthcare.

Here, the technology was different from the examples cited above: it consisted of a tablet linked to a fingerprint scanner, which was put to use in a random selection of tuberculosis treatment centres in urban slums across four Indian states, each area covering a population of over 20,000.

In biometric-equipped centres, health workers scanned their fingerprints when clocking in and out, which allowed managers to monitor their daily attendance. In addition, all patients registered their fingerprints at the beginning of treatment, then scanned them every time they came to the centre to take their pills. Health workers also used a portable terminal to record their home visits to patients.

Follow-up is vital in this context, because curing tuberculosis requires a complicated regimen of up to seven drugs at a time, in three applications per week for a two-month period – and then once a week for a further four months. The drugs can have strong side-effects, so patients often drop out of treatment.

The impact of biometric tracking was sustained over time, it decreased neither health worker nor patient satisfaction, and it did not lead health workers to reallocate their efforts away from other critical activities, such as early case finding, or to refocus care toward more compliant patients.

While the power of biometrics to increase programme efficiency is increasingly recognised, several critical implementation challenges remain, such as issues of data privacy and commercial misuse of the system. The enrolment process and the management of unique IDs over time is of critical importance when core social programmes are attached to it.

For example, economist Jean Drèze has argued that making biometric identification mandatory for accessing social benefits can lead to the poorest and most disempowered citizens being excluded, to the point of resulting in deaths from starvation (Drèze et al. 2017). With stakes this high, it is important to be specific about what biometric technology can accomplish and in what context.

Our evidence shows that biometric technology can substantially improve the delivery of health services when used as a tool to track the presence of health workers and the treatment adherence of patients. In addition, it reduces scope for service providers to misreport the outcomes of their work and so improves the quality of data on service delivery, which is increasingly recognised as a vital determinant of state capacity.

Gelb, A, and J Clark (2013), “Identification for Development: The Biometrics Revolution”, Centre for Global Development Working Paper No. 315.