Buy as you need: Nutrition and food storage imperfections in Burkina Faso 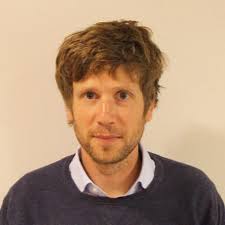 Associate Researcher, Center For Research in the Economics of Development, University of Namur

Professor of Economics, Center for Research in Economic Development (CRED), University of Namur 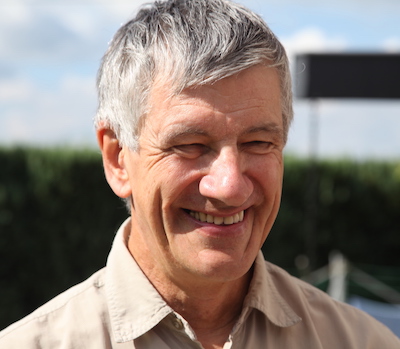 Creating village-level cooperatives to buy grain from outside sources and sell it locally reduced nutritional stress, especially among the young

A well-known problem that afflicts many poor and isolated rural areas is seasonal fluctuations in prices, food availability, and incomes. Owing to economic and physical isolation, market integration is weak in the sense that local price variations and problems of foodgrain availability are not significantly dampened by broader market forces. These fluctuations have dramatic consequences on health and nutrition – children’s nutrition in particular – as attested by a vast literature (Behrman 1988, Sahn 1989, Behrman 1993, Branca et al. 1993, Dercon and Krishnan 2000, Vaitla et al. 2009, Bhagowalia et al. 2011, Abay and Hirvonen 2017, Hirvonen et al. 2016, Christian and Dillon 2018).

We analyse the effects of Burkina Faso’s Food Security Granaries programme, an intervention that tackles the problem directly – by seeking to increase the local supply of foodgrain – rather than indirectly through the relaxation of savings and credit constraints. Food Security Granaries better connects surplus to deficit regions through nationwide farmer organisations that set up village-level cooperatives, which are then put in charge of buying grain from outside sources and selling it locally.

We take advantage of a randomised extension of the programme and evaluate the intervention’s effects after one year in the presence of a drought that caused severe food stress in the programme area.

First, the programme greatly improved the body mass index (BMI) of both adults and children. The setting up of a foodgrain selling point in a village considerably reduced the gap between the BMI-for-age z-score of children who belong to beneficiary households and the WHO standards for a well-nourished population.

Our second finding concerns the pathways to these nutritional improvements. We show that rather than increasing the total quantity of foodgrain purchased and consumed – as we would have expected – beneficiary households modified the timing of their purchases: being better assured of future food availability and affordability, households delayed their purchases until later in the season. As a consequence, they limited their home storage of food and its associated losses.

This finding, which came as a surprise to the programme management, is consistent with microeconomic theory: using a two-period model of food purchases and nutrition in which storing food is costly and an individual’s utility depends on her nutritional level (a stock) instead of only her consumption level (a flow), we show that nutrition can improve even in the absence of higher consumption and purchase of foodgrain.

The last result was also unexpected: the losses associated with foodgrain storage do not stem from physical losses in household granaries but from seasonal body-mass fluctuations (of household members) that are inefficient. On the basis of rich, non-experimental evidence, we argue that households face self-control problems (and to a lesser extent redistributive pressures), which constrain the management of their foodstock. Storing accessible food at home makes immediate consumption tempting and causes body-mass storing.

A new mechanism to improve nutrition, unintended by the designers of the programme, was thus uncovered: by postponing food purchases, households are better able to resist the urge to consume food in the post-harvest period. For a given aggregate consumption level, smaller seasonal variations result in heavier bodyweight because individuals save the metabolic cost of storing, maintaining, and de-storing body mass (Prentice and Cole 1994).

Our two-period model of food purchase and nutrition is easily extended to incorporate present bias, i.e. people’s tendency to place more weight on a smaller present reward relative to larger benefits in the future. When there is present bias, a decrease in the lean-period price is more likely to induce a decrease in total consumption and total purchase of foodgrain.

During in-depth individual interviews, local residents recurrently mentioned how the temptation to quickly consume foodgrain within easy reach drives their consumption pattern over time. Such temptation appears to be especially strong among mothers who cannot bear the sight of their children going hungry: “We are the ones who have to calm down the children when they cry of hunger during the night”, said one of the women. Household heads admitted that in such circumstances it is hard for them to oppose their wife (wives).

This last finding resonates with recent literature on the effect of community storage programmes. What we are told there is that households are willing to pay to store their own foodgrain outside of their dwellings in order to escape kin taxes or self-control problems (Aggarwal et al. 2018, Basu and Wong 2015, Le Cotty et al. 2018). In the case of kin taxes, the source of storage costs lies in redistributive pressures originating from outside the household (Platteau 2000, Baland et al. 2011, Dupas and Robinson 2013, Platteau 2014, Jakiela and Ozier 2015, Brune et al. 2016). In the case of self-control, the pressure originates from within the household or the individual, and it prevents an optimal allocation of consumption across seasons. Interestingly, this issue arises not only in contexts of acute poverty (Ashraf et al. 2006, Banerjee and Mullainathan 2010, Bernheim et al. 2015), but also in rich economies (see DellaVigna 2009 for a review, and Olafsson and Pagel 2018 for evidence of hand-to-mouth behaviour, whereby individuals overspend when they receive their pay-check).

To conclude, the present work focuses on body-mass accumulation as a form of storage in conditions of nutritional stress. The important role of losses stemming from suboptimal timing of food consumption – arising from a serious self-control (or pressure-to-consume) problem – is an unexpected finding that clearly deserves further research and substantiation, not least for its policy implications.

Ashraf, N, D Karlan and W Yin (2006), ‟Tying Odysseus to the mast: Evidence from a commitment savings product in the Philippinesˮ, The Quarterly Journal of Economics 121(2): 635–72.

Banerjee, A, and S Mullainathan (2010), ‟The shape of temptation: Implications for the economic lives of the poorˮ, NBER Working Paper 15973.

Bhagowalia, P, S E Chen and W A Masters (2011), ‟Effects and determinants of mild underweight among preschool children across countries and over timeˮ, Economics and Human Biology 9(1): 66–77.