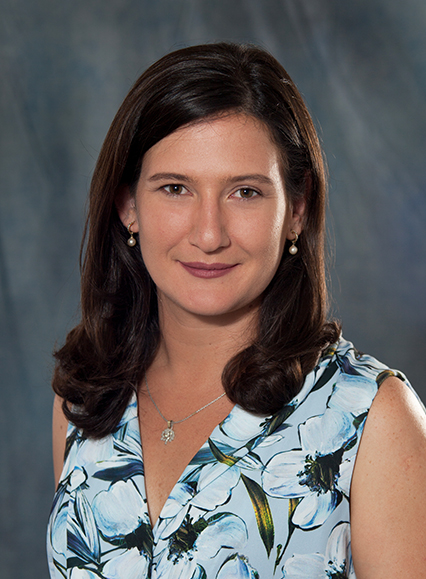 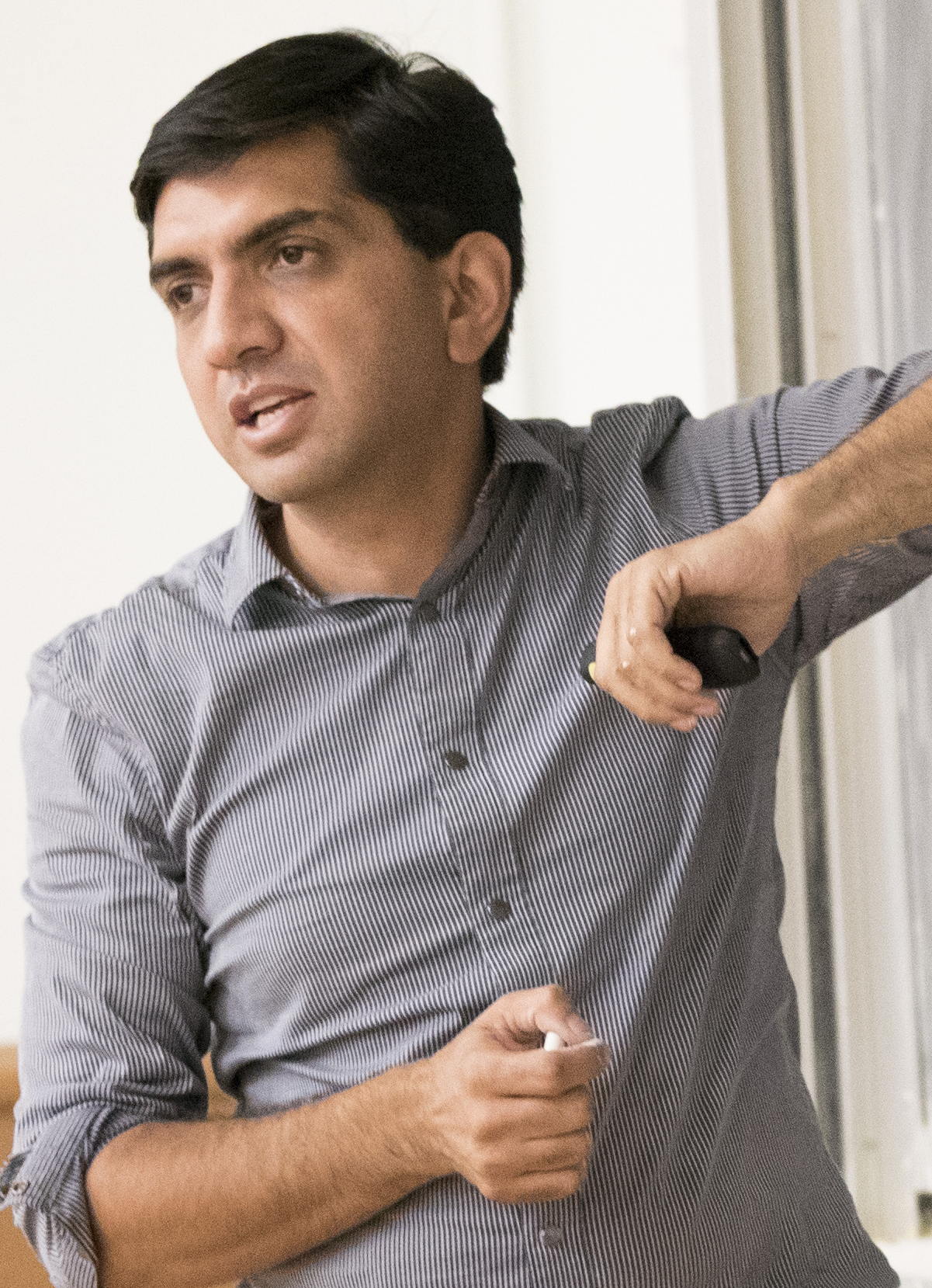 The Green Revolution of the 1960s introduced high-yielding crop varieties, chemical fertiliser, pesticides, and other modern agricultural practices to developing countries. However, even decades after their introduction, take up of these improved inputs and practices has been uneven (Foster and Rosenzweig 2010). Traditional farming practices remain widespread and yields for smallholder farmers in the developing world remain low.

A variety of explanations have been proposed for these observed low rates of technology adoption, including limited information on best practices (Conley and Udry 2010, Ashraf et al 2009), credit constraints and risk (Karlan et al 2014), poor input quality (Bold et al 2017), and behavioural biases (Duflo et al 2011). An alternative view is that farmers are in fact making optimal adoption decisions, where differences in yield reflect heterogeneity in fixed factors such as soil quality or infrastructure (Suri 2011).

Clearly, finding the source of low take-up is critical to derive policy implications. It is also important to study different ways policy should be implemented. In our paper (Corral et al. 2020), we test several hypotheses on the role of information while explicitly recognising the importance of heterogeneity in soil quality among small rainfed farms in Tlaxcala, Mexico.

In our experiment, 678 farmers were divided into a control group and four treatment arms. Farmers in all treatment arms were offered a soil analysis report, a set of input recommendations, and a package of agricultural extension services (technical advice) designed to help them implement the recommendations. Three of the four treatment arms were offered an in-kind grant of 2,000 pesos (roughly US$ 150 at the time of the intervention). The experimental groups included:

Comparing T1 with T2 allowed us to estimate the effect of varying the level of the specificity of the soil analysis and recommendations. Comparing T2 and T3 measured the effect of autonomy, defined here as the ability to choose the inputs purchased. Finally, comparing T4 to T2 or T3 helped measure the effect of providing the in-kind grant.

Using our sample of small rainfed farms, we first document substantial heterogeneity in soil quality, mostly within (rather than between) clusters. This heterogeneity implies a corresponding variation in the optimal mix of fertilisers.

Next, we assessed the impact of providing farms with more specific recommendations (about a farmer’s own plot versus a wider geographical cluster), grant funding, and choices about what inputs to purchase on three measures: Adoption of improved agricultural practices

We examined adoption using a standardised index of new agricultural practices introduced by the intervention. By this metric, farmers that received no grant but just average recommendations (T4) adopted 0.33 standard deviations (s.d.)  more practices relative to control farmers. Farmers that received the in-kind grant adopted considerably more practices (ranging from 1.68 to 1.96 s.d., depending on the arm). This underscores the importance of the in-kind grant. Since the value of the grant was designed to be roughly equal to the amount spent on fertiliser by control farmers, we view the grant as primarily encouraging experimentation rather than relaxing liquidity constraints.

Surprisingly, farmers in T3 who had free choice—which we call autonomy— and who could ignore the recommendations at no cost, adopted these new practices at the same rate as T2 farmers. Finally, we find no evidence for specificity leading to larger take up, a finding that persists for T1 and T2.

The impact of the treatments on productivity were  similar to those on adoption. Average yields and profits for farmers in T4 are not statistically different from those in the control group. However, despite a drought, yields for farmers that received a grant were 0.2-0.4 metric ton/hectare higher relative to those for control farmers, corresponding to an increase of approximately 12-17%. The increase in profits is more muted and not statistically significant at conventional levels. Since neither specificity nor autonomy affected yields or profits during the intervention, there appears to be no significant downside to providing farmers with autonomy.

More interestingly, farmers who had received the flexible grant, were substantially more likely to persist with the new practices in 2017 relative to farmers with the inflexible grant (an increase of 0.55 s.d.) and to the control group (an increase of 1.08 s.d.). The fact that some farmers continued to use the new practices two years after the intervention suggests that they were perceived as valuable.

There is evidence supporting autonomy as a mechanism: farmers with the flexible grant (T3) were more likely than farmers with the inflexible grant (T2) to report trusting recommendations from the implementing partners, remembering the recommendations, and  to state that they would follow them in the next growing season. They also expressed the highest willingness to pay for high-quality fertiliser  across all arms, and evinced a more open attitude towards change and experimentation. 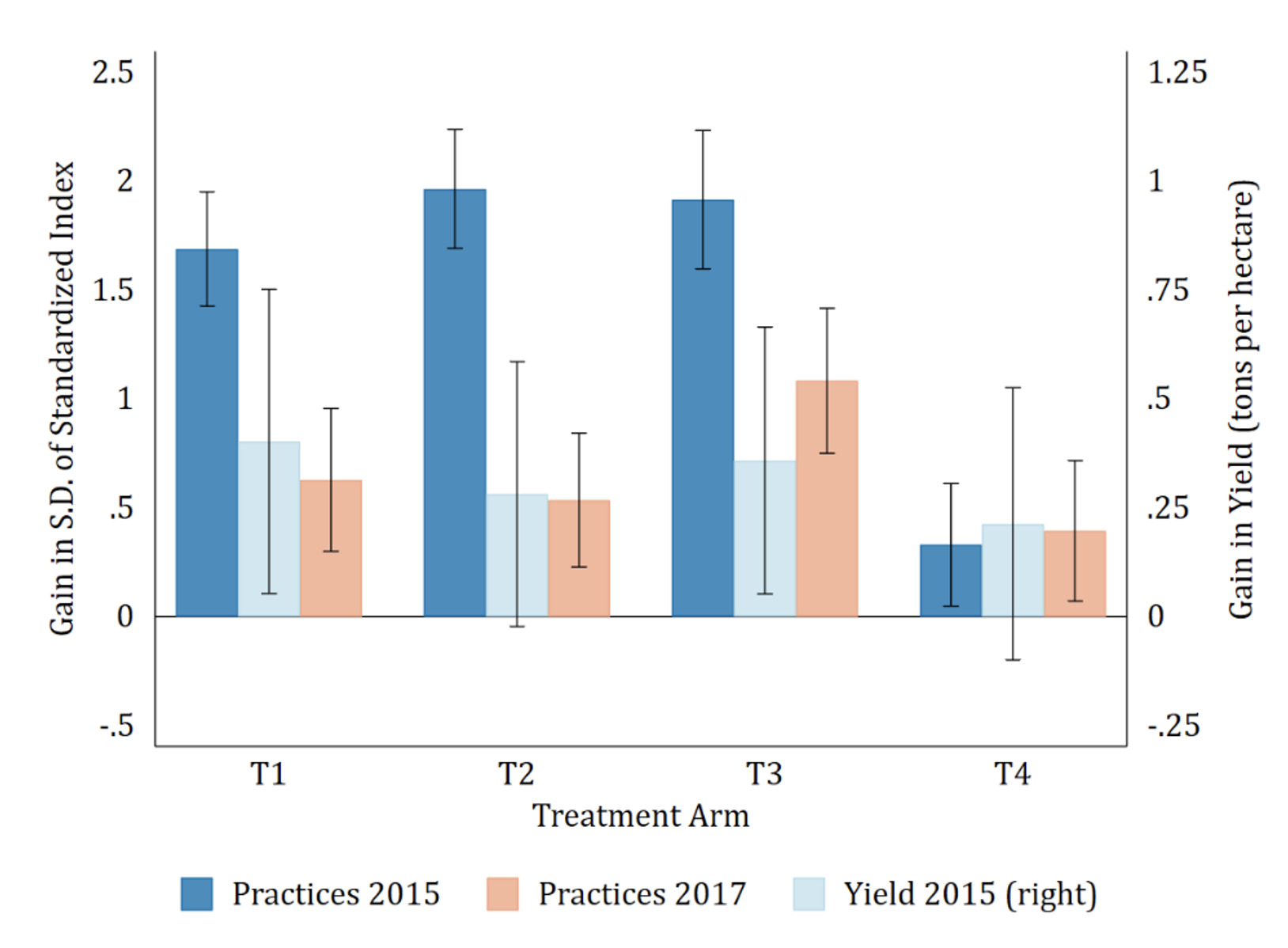 These results have the following relevant implications, at least in our context:

Programme beneficiaries should be given autonomy over which inputs to purchase, particularly if the programme is top-down and involves expert advice. When implemented together, these strategies generated higher take up and more persistence in the use of best farming practices, producing more ownership among small-holder farmers in Mexico in results that persist over time.