The fate of the Brazilian Amazon's carbon stock 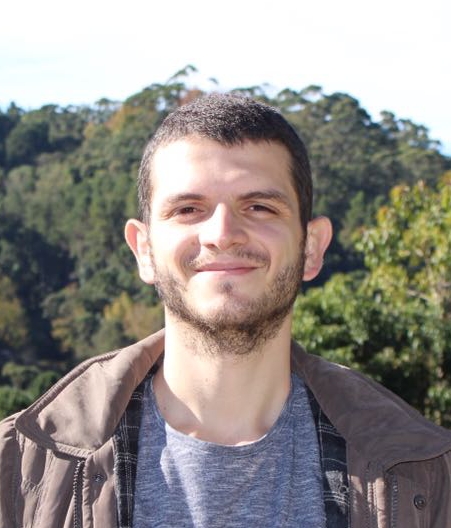 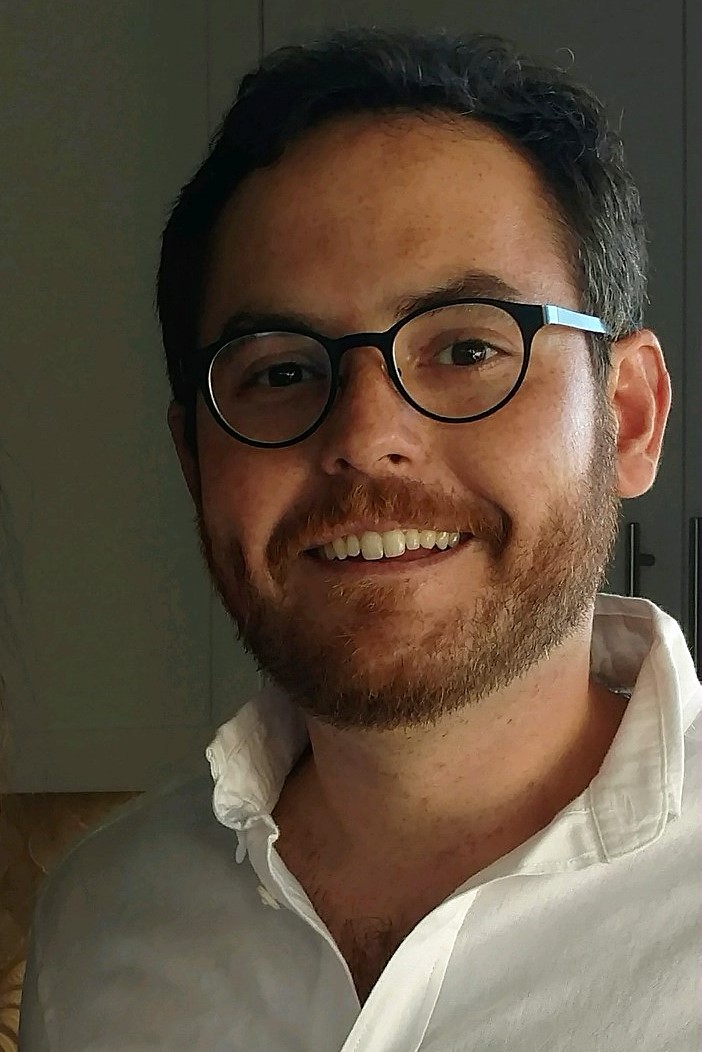 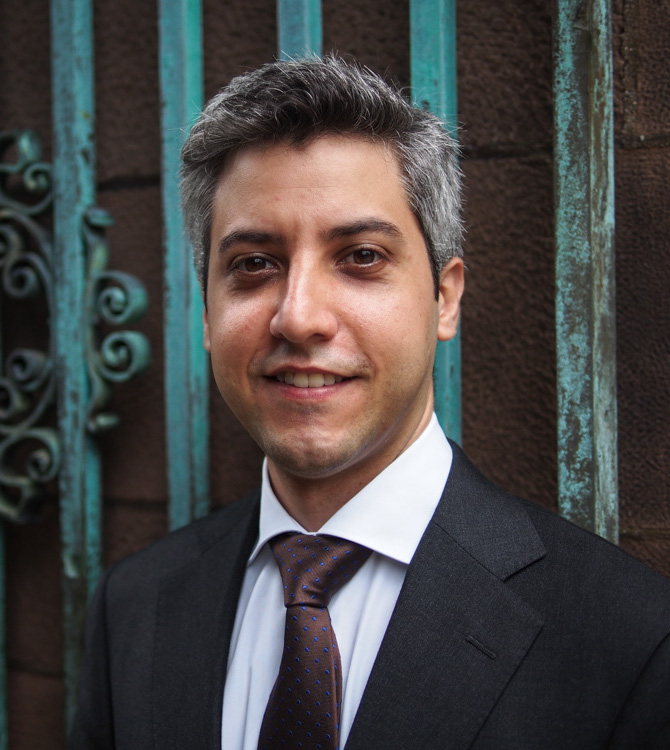 In 2000, the Brazilian Amazon alone stored the equivalent of over 200 gigatons of CO2 (Figure 1). Since then, deforestation lead by extensive cattle ranching operations released 16.7 gigatons of CO2 (Azevedo et al. 2018). At this pace, the ecosystem in the region risks reaching a tipping point in which the degradation of the forest feeds back on itself (Lovejoy and Nobre 2018), releasing colossal amounts of CO2, affecting rain patterns in a continental scale (Shukla et al. 1990) and destroying one of the richest biodiverse regions of the world. 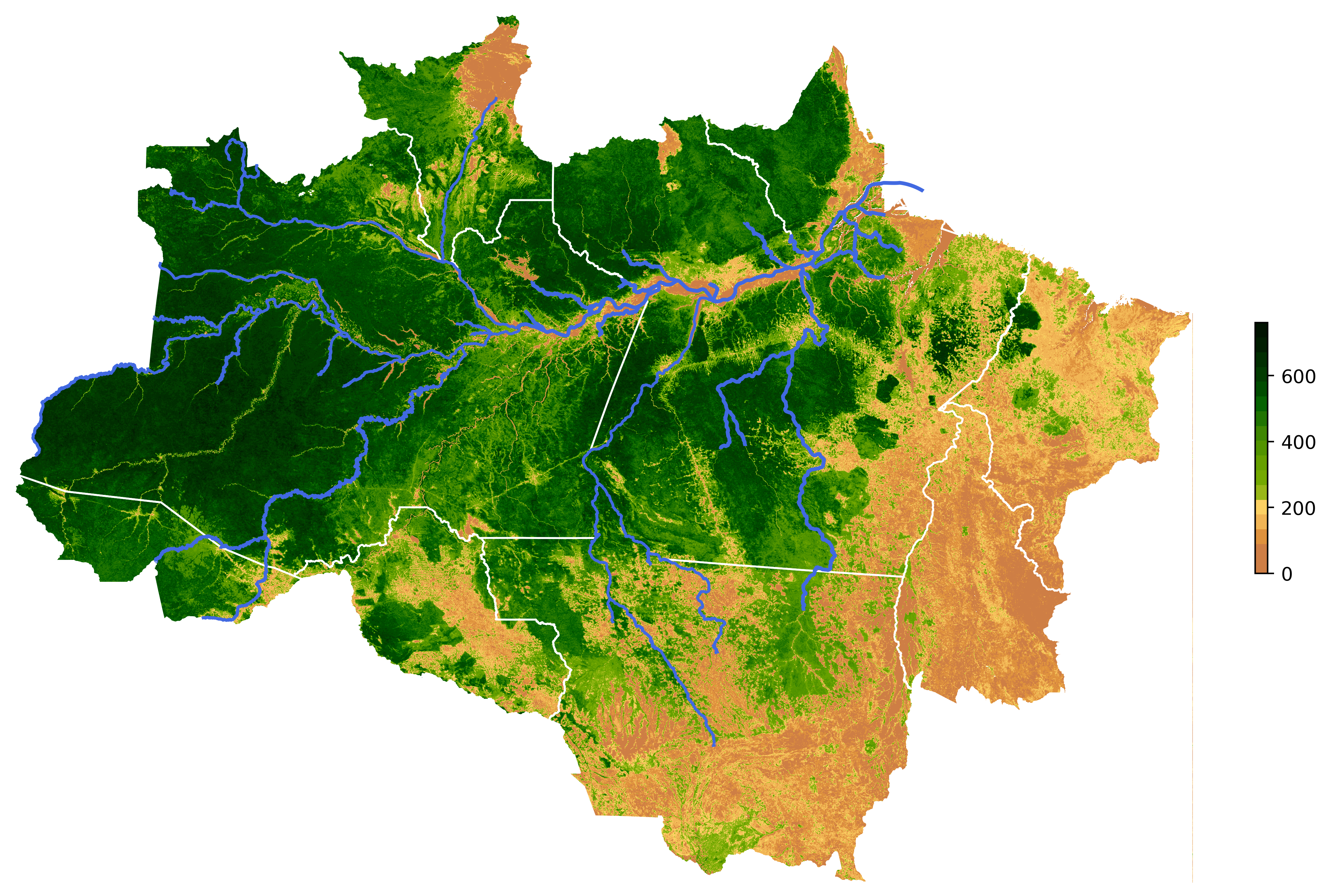 A large literature studies policies to reduce deforestation (for example, Alix-Garcia 2015, Jayachandran 2017). The literature focused on the Brazilian Amazon has shown that command-and-control policies (for example, the use of close to real-time satellite images to detect deforestation and inform operations to enforce the law) were effective in fighting deforestation in the 2000s and beginning of the 2010s (Nepstad et al 2014, Assunção et al. 2015, Burgess et al. 2019). However, Souza-Rodrigues (2019) finds that land-use based taxes that incorporate the social cost of deforestation may be up to ten times less costly than command-and-control policies.

While preserving tropical forests has great global social value, alternative uses of land can be economically valuable for the local population. Between 2008 and 2017, 90% of the area deforested in the Brazilian Amazon was converted to pasture, largely for extensive cattle ranching. The smaller part of deforested land was converted to grow high productivity cash crops, such as soy.

This indicates sizable spatial heterogeneity of the disposition of the private benefits from exploiting the land (for example returns from agriculture) and on the disposition of the social cost of deforestation (as measured by the carbon stored in the forest) in the Brazilian Amazon. Thus, whether the private benefits of economic exploitation of different parts of the forest are larger than the social cost of deforestation, at least with respect to carbon emissions, is an empirical question.

Estimating the private return of deforestation

Regarding the climate change implications of land use in tropical forests, we are fundamentally interested on how the dynamics of land use choices will shape the long-run amount of carbon in the forest. Since land use change is a sluggish process, one needs to account for the dynamic costly adjustments of land use and expectations on future market conditions—for example, expectations regarding future crop prices and land use regulations.

In our study, we propose a dynamic discrete choice model where farmers choose between three land uses – natural cover, pastureland, or cropland – considering conversion costs and flow returns from alternative land uses (Scott 2014, Sant’Anna 2020). We use farmers’ observed choices over a decade to estimate the private land-use choice trade-offs faced by farmers over time and across the region.

Our study region comprises non-protected areas of the Brazilian Amazon (where most of the deforestation is concentrated) in the years between 2008 and 2017. During this time, the regulatory framework concerning deforestation was relatively stable. We use spatial land use (Mapbiomas 2019) and carbon stock (Zarin et al. 2016) data for more than 5.7 billion pixels – at 30 metres resolution – and newly built transportation cost data to study the region in a highly disaggregated way.

We find that the implicit carbon price which rationalises observed land-use choices is US$7.26/tonne of potential CO2 stored in the forest. This suggests that current environmental regulation helps farmers to partially internalise the social value of the forest. However, farmers’ perceived value of carbon falls short of recent estimates of the social cost of carbon.

In our model, the carbon-efficient land use is the one in which farmers fully internalise the social cost of the carbon stored in the forest when choosing whether to preserve the vegetation. We compute the efficient long-run forest cover and stock of carbon using the social cost of carbon of $50 per tonne of CO2, as estimated by the EPA (2016) for 2030.

Our counterfactuals show that the gap in emissions under the business-as-usual land use and the efficient land use is 44 gigatons of CO2, resulting from the inefficient deforestation of an area twice the size of France in the long run. This is equivalent to eight times the United States’ emissions of fossil fuels in 2018 (Friedlingstein et al. 2019), inefficiently released from the forest under the business-as-usual land use. Figure 2 shows the geographical distribution of inefficient emissions. 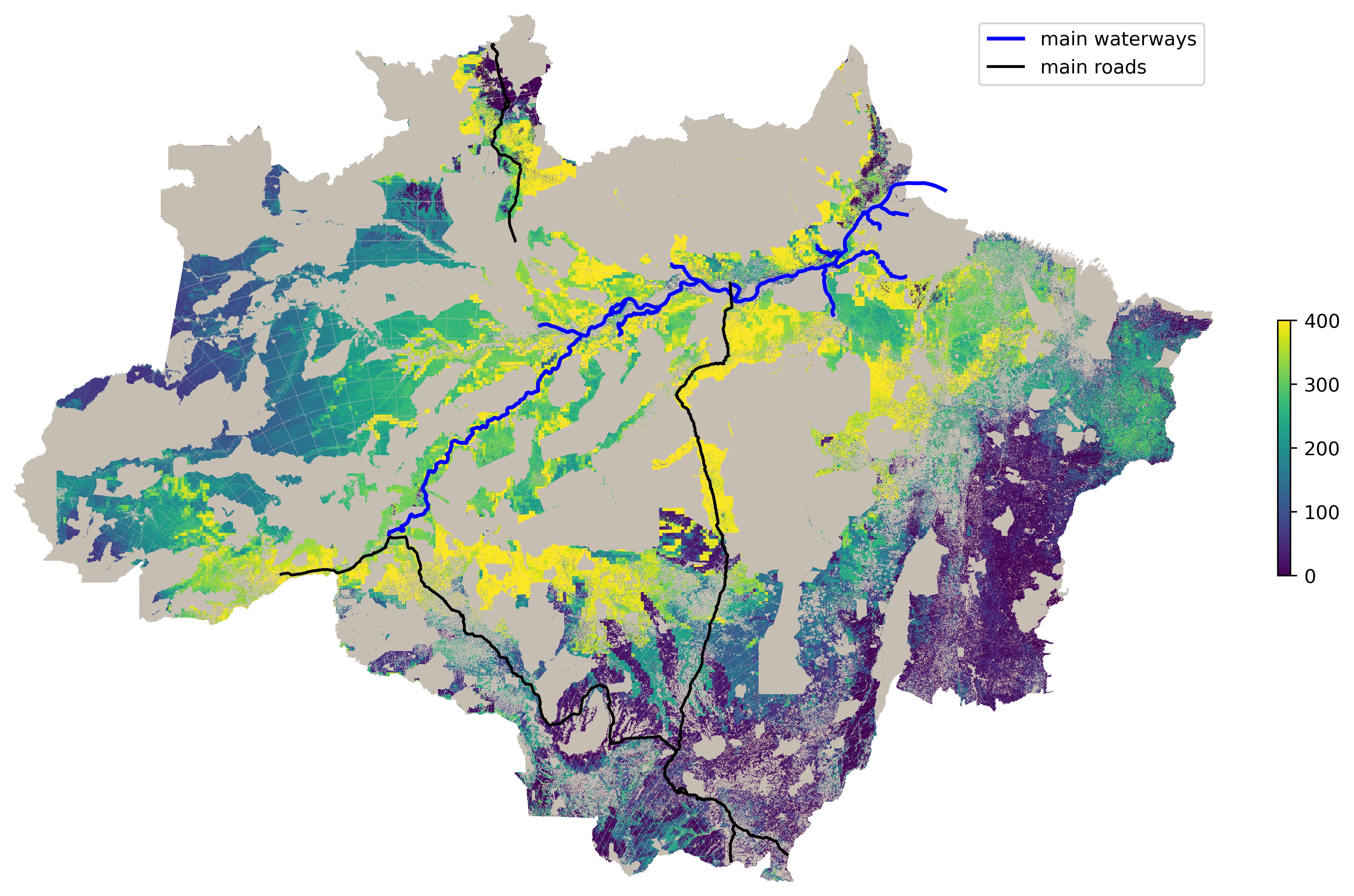 Raising the private perceived value of CO2 stored in the forest ($7.26/tonne) to anywhere close to current estimates of the social cost of carbon ($50/tonne) is a Herculean task. We then quantify the effectiveness of two policy instruments to set land use closer to its efficient path: a carbon tax and a cattle tax.

A carbon tax that increases the perceived carbon value would shape farmers’ incentives to deforest. This could be achieved by either increasing law enforcement or providing payment for ecosystem services.

Figure 3 shows farmers’ responses to changes in the perceived value of carbon. For example, a carbon tax of $2.5/tonne of CO2 would implement 34% of the socially efficient carbon emission reduction relative to business-as-usual land use. Intuitively, land is the main input for the expansion of cattle ranching. Therefore, relatively small increases in the perceived cost of the marginal plot of land represents a substantial increase on the cost structure of ranchers. 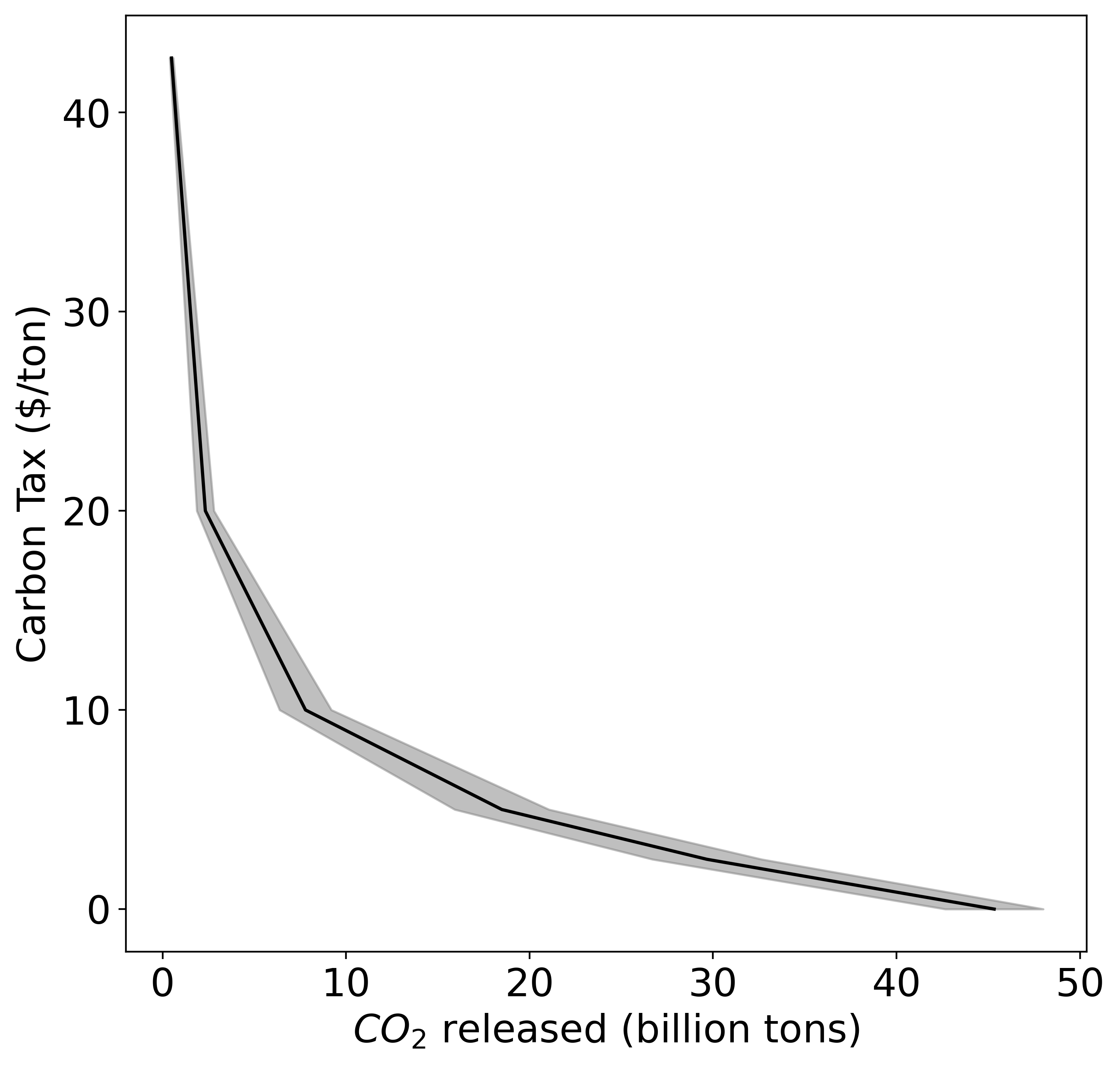 We further leverage the spatial richness of our data to target specific locations in the Amazon, where such carbon tax policy would be more effective. Targeting the carbon tax on the top quartile of locations with the largest potential for emission reductions would preserve more than half of the emissions as compared to the same carbon tax implemented in the whole region.

Alternatively, we consider an excise tax on cattle ranching or crop production. Our counterfactuals show that a 20% tax on the returns of cattle ranching would induce the same reduction in emissions as a $2.5/tonne carbon tax.

Taxing crops has virtually no effect on emissions, as this activity still occupies a relatively small share of this region.

Our results highlight the stark change in economic incentives needed to mitigate inefficient emissions from land use in the Amazon. Only very large excise taxes could substantially mitigate the efficient forestation gap. At the same time, our results provide evidence of the importance of designing policies that explore the spatial heterogeneities of the rainforest and that take advantage of the non-linear response of farmers to incentives.

As with any research, ours have some limitations which we discuss further.  In particular, it is important to note that this exercise sees the Amazon as a carbon sink and does not consider all the other benefits of keeping the forest, which is likely to further increase the social value of the forest.