The Amazon forest and the social cost of deforestation 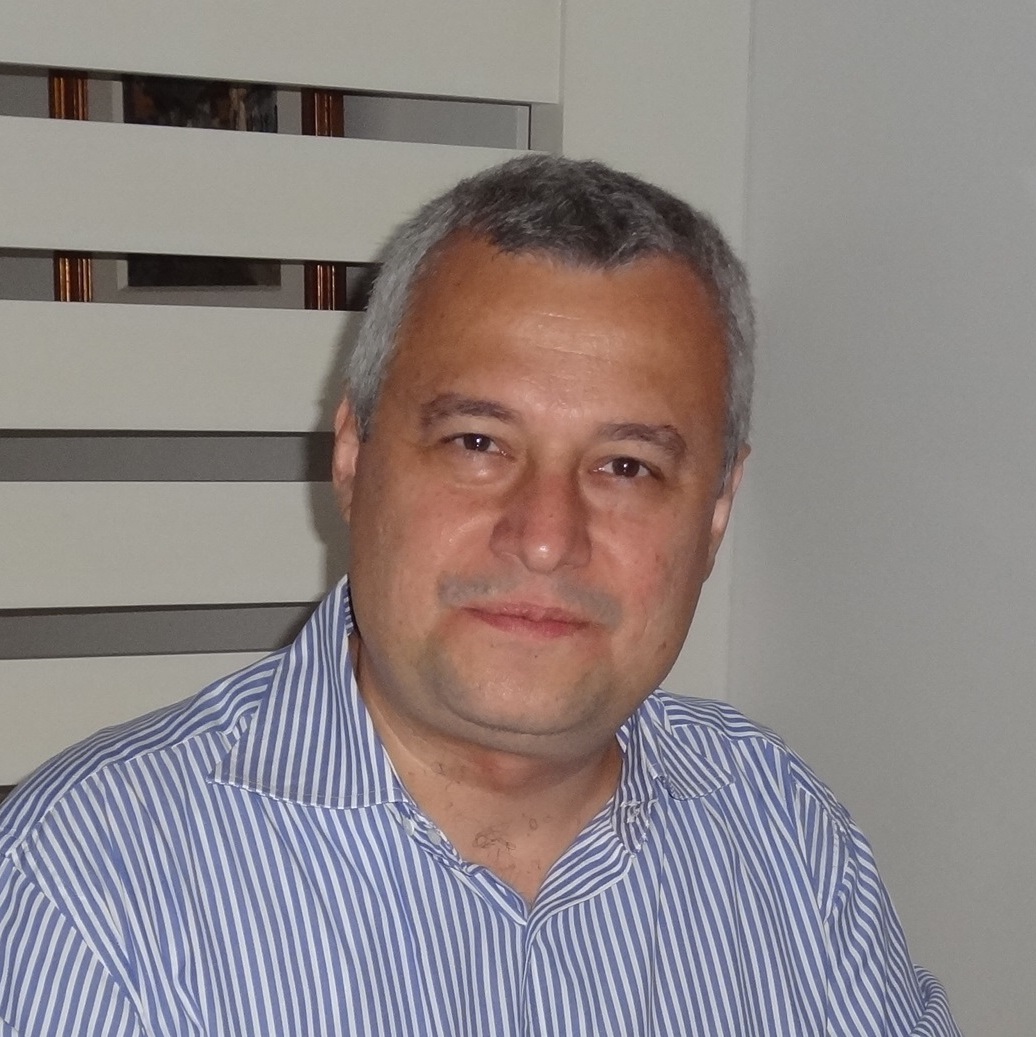 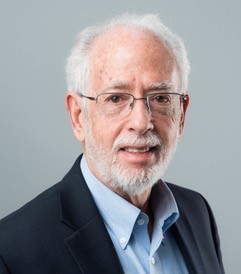 Bank of Tokyo-Mitsubishi Professor of Economics and Finance, Sloan School of Management, MIT

Tipping points and the risk of forest dieback

Recent work has suggested that tropical forest and savannah represent alternative stable states, which are subject to drastic switches at tipping points, in response to changes in rainfall patterns and other drivers (e.g., Hirota et al. 2011). Ecosystems exposed to gradual changes in climate, nutrient loading, habitat fragmentation or biotic exploitation, are usually assumed to respond in a smooth way. However, studies of forests, lakes, coral reefs and arid lands have shown that smooth change can be interrupted by sudden drastic switches to a contrasting state (Scheffer et al. 2001). A tipping point can be defined as a situation in which an ecosystem experiences a drastic shift to a new state causing significant changes to its biodiversity and ecosystem services.

Precipitation is a major driver of past and recent shifts in the extension of tropical forests and savannahs (Mayle et al. 2007). Evidence is accumulating that the Amazon rainfall patterns are maintained in part by the forest itself, through contributions of water vapour to the atmosphere. According to Staver et al. (2011), a large part of the Amazon forest supports biome bistability, i.e. although it is currently in the forest state, a sufficiently severe perturbation (such as fire, drought, flooding or logging) can induce a self-propagating shift to an open savannah.

The risk of a large-scale forest dieback (when trees or shrubs begin to die from the tips of their leaves or roots backwards) should therefore be a major concern of policymakers, and provides an argument in favour of stringent reductions in deforestation.

The social cost of deforestation

Deforestation cost studies have ignored the likelihood and possible economic impact of a large-scale forest dieback, therefore underestimating the 'true' social cost of deforestation. Amazon countries have faced the risk of an unexpected forest-savannah transition, which will result in dramatic losses of ecosystem services and benefits.

In Franklin and Pindyck (2018), we explore the implications of a forest-savannah critical transition, and propose an alternative framework for calculating the economic value of a standing tropical forest. Because forest resilience is a function of rainfall patterns, and the Amazon rainfall patterns are in large part maintained by the forest itself, forest resilience can be represented as a function of the proportion of deforested area at any time. We show that when the possibility of a tipping point is taken into account, the social cost of deforestation can be much higher than the foregone economic benefits from deforestation, and greater payments for ecosystem services may be necessary to avoid a catastrophic loss of those services and benefits.

With and without a tipping point

The range of ecosystem services and benefits provided by the Amazon rainforest can be classified as private, local and regional public, and global. Most of these ecosystem services and benefits are global (e.g. carbon storage and biodiversity protection), and constitute positive externalities enjoyed by the rest of the world as a result of the Amazon countries' efforts to preserve the rainforest. Payments for global ecosystem services would seek to correct the market failure through economic reward of forest conservation. These payments could provide the financial support needed for a novel sustainable development paradigm, where the Amazon forest is seen as a global public good of biological assets and biomimetic designs, such as in Nobre et al. (2016), and for which local research capacity, high-performance computing infrastructure, and human capital are essential elements. 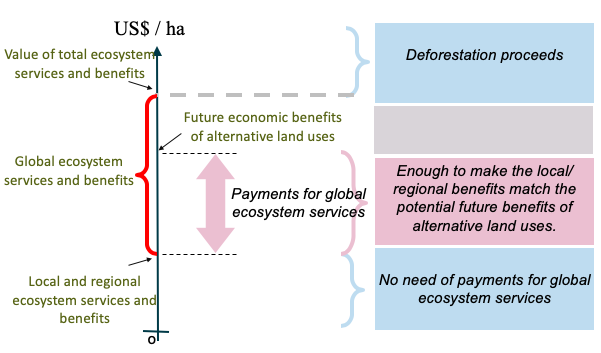 Deforestation cost studies must take into account the likelihood and possible economic impact of a large-scale forest dieback. The social cost of deforestation observed by one Amazon country largely depends on the land-use policy adopted by the others, and payments for ecosystem services may be necessary to ensure the continued provision of global services and benefits such as carbon storage and biodiversity protection.

Nobre, C, G Sampaio, L Borma, J Castilla-Rubio, J Silva and M Cardoso (2016), “Land-use and climate change risks in the Amazon and the need of a novel sustainable development paradigm”, Proceedings of the National Academy of Sciences of the United States of America 113(39): 10759-10768.