Building trust: Evidence from workshops on increasing savings in Peru 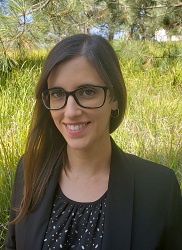 While bank accounts play a crucial role in everyday economic activities in high-income countries, fewer than 40% of the households in low- and middle-income countries (LMICs) have one (Demirgüç-Kunt et al. 2018). Instead, most poor households rely on informal, costly, and risky alternatives and would benefit from access to a range of financial services offered by formal institutions.

Savings, in particular, facilitate investment in productive activities, education and household durables, and help smooth out income shocks. In light of these advantages, many LMIC governments and international organisations have set themselves the goal of improving poor households’ access to formal financial institutions.

One reason why poor households may not put their savings in a bank account is that they do not trust the bank to make the money available to them when it is wanted (CGAP 2012, Dupas et al. 2016, FDIC 2016, Bachas et al. 2019). Trust is an essential element of economic transactions and an important driver of economic development (La Porta et al. 1997, Algan and Cahuc 2010).

It is particularly crucial in financial transactions in which people exchange money for promises, and it is essential where the legal institutions that enforce contracts are weak (McMillan and Woodruff 1999, Karlan, Mobius, Rosenblat, and Szeidl 2009).

A lack of trust may be one reason why randomised field experiments in three different countries have found that, even among people who take up accessible and free formal savings products, account use is low (Dupas et al., 2018). Mistrust may also account for the fact that beneficiaries of cash transfer programmes withdraw most of the funds deposited in their bank accounts in one lump-sum at the beginning of each pay period.

The intervention: Trust workshops in Peru

We teamed up with the Instituto de Estudios Peruanos (IEP), a Peruvian non-governmental organisation (NGO) specialising in financial inclusion, to design and implement a workshop intended to foster trust among Juntos beneficiaries and to evaluate the intervention’s impact on beneficiary savings.

The Juntos programme sets up savings accounts for each beneficiary in the Banco de la Nacion (BN) and has been depositing bimonthly transfers of 200 Peruvian soles (about US$ 60) into those accounts since the beginning of the programme in 2005.

The goal of the 3.5-hour workshop was to foster trust in banks among Juntos beneficiaries by teaching them about the banking system and the role of the government in regulating banks, consumer rights, and protections, emphasising the safety of savings accounts.

IEP facilitators sought to strengthen the participants’ trust in the financial system by presenting a photo-led story in which a Juntos programme beneficiary explains how she saves her Juntos transfers in the bank and why she trusts the bank to protect her savings.

The findings: Trust, savings, and transactions

Overall, the training workshops appear to have increased trust in the banking system substantially (see Figure 1, Panel A). All of the treatment effects on all of the outcome variables are sizable in magnitude and significantly different from zero. 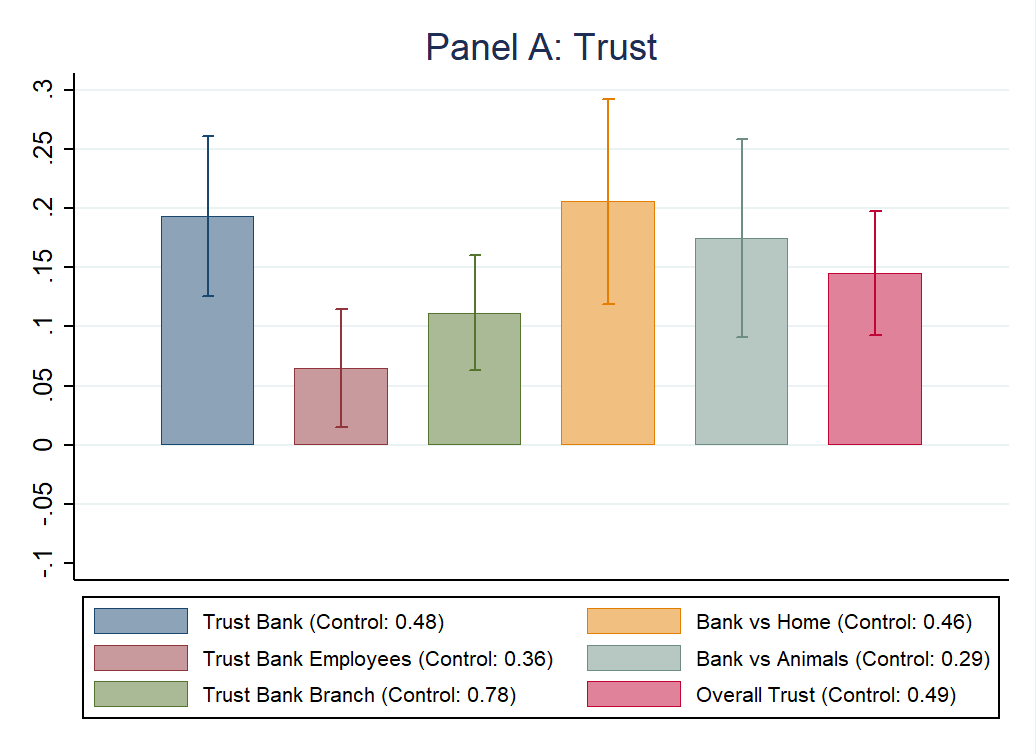 Another possible explanation for any increase in savings associated with the workshop is that the workshops may have also increased the beneficiaries’ knowledge about the banking system and financial literacy. If that were the case, it would be hard to distinguish the effect on saving behaviour of trust from that of knowledge/financial literacy.

The effect of the financial trust workshop on savings is shown in Figure 2 where the local average treatment effects by bimester since the workshop was offered are presented. The difference between the treatment and control groups is postive and increases over time. This suggests that treatment beneficiaries are saving more than the control group during each period and that their stock of savings is rising. 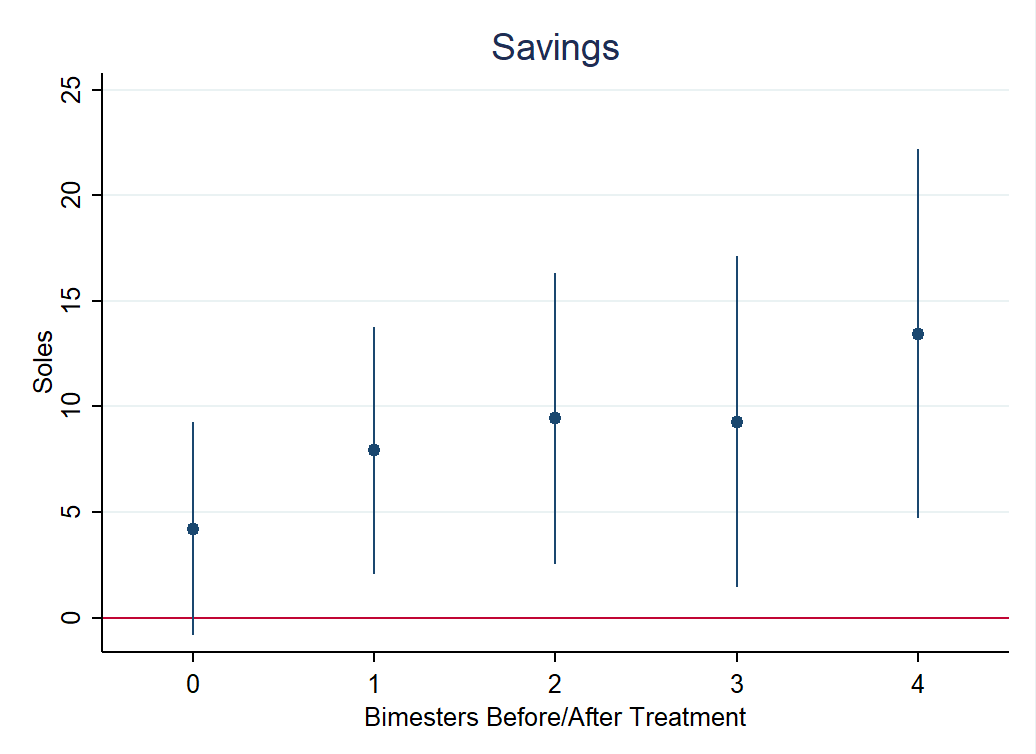 After five bimesters (ten months), the difference in the stock of savings averaged 13 soles. At baseline (k=-1), the average stock of savings was 7 soles, which implies that, in less than a year, the treatment aproximately doubled baseline savings. In addition, this effect is almost seven times the savings of the control group over the same period. Finally, this treatment effect also translates into a 1.6%. increase in the savings of Juntos transfers during the period studied.

While the financial trust workshop had a large effect on savings, it does not seem to have affected the use of the account for transactions. One possible reason is that the closest BN branch or agent was still quite far away from most of the households. For example, on average, the closest agent was 4 kilometers away, which represents, on average, a total travel time of over 50 minutes. 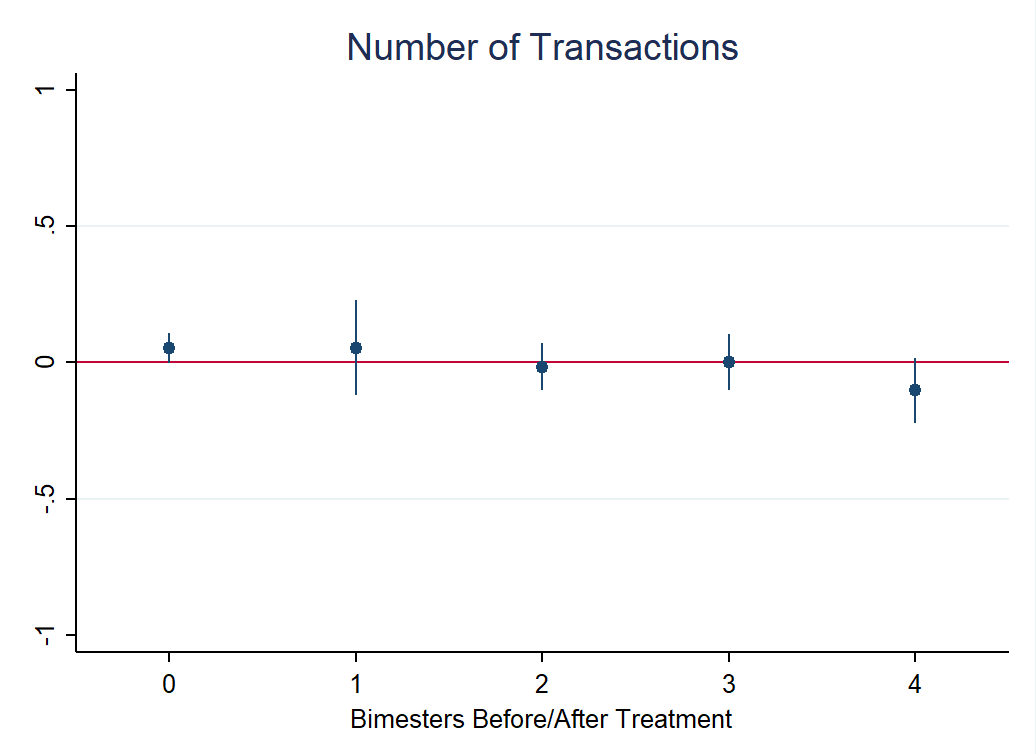 Conclusion: Returns on investing in trust

In sum, the results show that it was indeed possible to substantially increase the level of trust and thereby bring about a large increase in savings. The savings effect represents a 1.6% increase in the saving of the cash transfer deposited by the programme during those ten months. This is a large effect.

Just to put it in perspetive, if a country would increase its savings rate by 1.6 p.p. of its output, it would tanslate into a permanent increase in its yearly rate of economic growth of aproximately between 0.4-0.6%. Thus, a country growing at 3% per year would see its growth accelearate between 13-20%.

Our results suggest that trust in financial institutions is an important factor in encouraging poor households to hold their savings in bank accounts. Trust is also likely to increase the effectiveness of other interventions, such as those involving a reduction in transaction costs or increased returns, in terms of influencing savings.