On the role of misallocation in aggregate productivity 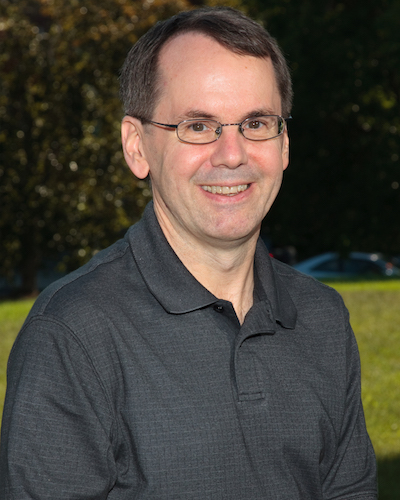 Misallocation, a key cause of productivity disparities across nations, is the result of many factors, making it difficult to isolate policy solutions

Living standards, as measured by gross domestic product (GDP) per capita in constant prices, differ greatly across nations. In 2014, for example, GDP per capita in the US was more than 50 times higher than it was in Malawi, more than 30 times higher than in Haiti, and almost 10 times as high as in India. Even many emerging market economies have GDP per capita levels that are less than one third as high as the US. What explains these large differences in income across countries? A consensus among economists is that the dominant factor behind these enormous differences in income per capita is productivity – the rate at which the quantity and quality of factors of production (such as capital and labour) are translated into output (for a recent survey, see Jones 2016).

The key question is, then, what accounts for these large differences in productivity across countries? One possibility is that poor countries are slow to adopt frontier technologies and best practice methods in their productive processes. This explanation has attracted considerable attention and is supported by various empirical studies. In this column, we focus on a different source of productivity differences, one that the recent literature has called misallocation.

Misallocation as a cause of low productivity

To describe the connection between misallocation and productivity it is important to first note a key feature of production in a modern economy. Specifically, even within a narrowly defined industry, there are many producers each of whom produces a slightly different product. For example, consider the different producers of four door compact sedans, or fast food restaurants. These producers are heterogeneous both in terms of their output and their costs. Given this heterogeneity among producers, there is an efficient way to organise production within an industry (i.e. there is an efficient size distribution of firms). Intuitively, the efficient size of a particular firm is decreasing in its costs and increasing in the extent to which consumers have a taste for its output.

The key insight that motivates the literature on misallocation is the realisation that any departure from the efficient size distribution will result in lower productivity in the overall economy. Moreover, many examples of government policy will directly impact the relative size of different producers. For example, if the government subsidises one firm and finances the subsidy by placing a tax on the other firms in that industry, or equivalently, gives one firm in the industry a tax break, the result will be to increase the size of the subsidised firm and decrease the size of the other firms. In this situation we say that resources are being misallocated across these firms, and this misallocation will result in a loss of aggregate productivity.

It is easy to list many examples of government policies that have the effect of changing the relative size of producers within a given industry. Many of these would constitute examples of crony capitalism and corruption. The popular press is full of reports that suggest these elements are particularly prominent in less developed countries. A key goal of the misallocation literature has been to provide systematic measurement of the extent of misallocation and its effects on productivity so that we do not have to rely on informal reports and impressions. This requires that the researcher be able to quantify how much higher total output would be if we optimally allocated inputs across producers. This requires some assumptions about both production functions and the structure of demand for the differing outputs of firms. A robust finding is that misallocation is pervasive in poor and developing countries.

Hsieh and Klenow (2009) show using plant-level data for the manufacturing sector in China, India, and the US, that there is substantial dispersion in revenue products across plants in all countries but that the dispersion is larger in China and India than in the US. The cost of this misallocation is large – if China and India were to reallocate their inputs as efficiently as in the US, aggregate productivity in these countries could increase by 40-60%. This potential increase is substantial as it represents about half the observed productivity gap among these developing countries and the US.

That is, many different policies, frictions, and institutions have been shown to create misallocation, but no single source seems to account for the bulk of differences across countries, making it difficult to single out specific policy recommendations. Among the specific policies that may generate the overall amount of misallocation, financial frictions and trade restrictions are among those that have been shown to generate substantial effects.

Misallocation and the diffusion of technology

Earlier, we suggested that the slow diffusion of new technologies and best practice methods was an alternative to misallocation, in terms of offering an explanation for the large differences in productivity across countries. But recent work argues that in addition to directly lowering aggregate productivity, the presence of policies that create misallocation may also indirectly lead to slower technology diffusion. The intuition is simple – one of the motives for a firm to invest in adopting a superior technology is that it will become more productive and so be able to claim a larger share of the market. But if a firm contemplating this action expects that it will face policies that limit its ability to gain market share, the incentives to adopt a better technology are diminished.

In fact, a robust feature of empirical measures of distortions is that distortions put a heavier burden on more productive firms and, as a result, implicitly provide a disincentive for the adoption of frontier technologies and best practice methods. It may also affect the decision of firms to operate in the market (selection), thereby altering the productivity distribution in the economy. This more recent literature suggests that the broader consequences of misallocation may be at least as important as the often-emphasised direct costs associated with misallocation.

Two examples can help to illustrate the connection between misallocation and the selection/technology channels. Consider the following setting, common in poor and developing countries, where land (an important input in the agricultural sector) is not privately owned and land-use rights are distributed by local leaders uniformly among the members of the local community. Assume also, as is often the case, that households find it difficult to reallocate their land-use rights to other households for fear of redistribution or expropriation. Finally, assume that households have a different ability in operating a farm – that is, that the farmers differ in productivity. In this context, the resulting operational scale of farms (land allocation) is inefficient, as the more productive farmers should operate more land. This implies that the implicit distortions to land are disproportionately large for the more productive farmers that cannot expand their operational scale. This property of the implicit distortions may discourage productive farmers from operating in the agricultural sector or may prevent or slow the adoption of mechanisation and other productivity-enhancing technologies. (For recent analyses emphasising these channels, see Adamopoulos et al. 2017 and Chen 2017.)

Another intuitive example is the role of financial frictions due to collateral constraints. Similar to the previous example, this type of constraint disproportionately affects productive entrepreneurs, as they are more likely to be constrained by access to capital. As a result, this type of friction generates misallocation, in that capital is allocated based on wealth and productivity, as opposed to just productivity; but it can also affect the selection of entrepreneurs that operate in the market, and this channel is found to be substantial in quantitative applications of this type of institution.

Misallocation is a prevalent feature of poor and developing countries. Many studies have found a very significant role for misallocation as an explanation for the large productivity differences across countries. However, the literature has not found a single dominant source of misallocation, with many individual specific factors contributing to the overall effect. In addition to the direct effects of misallocation on productivity, recent work suggests that misallocation may be an important factor in explaining the slow diffusion of technology to less developed countries.