How female foeticide has influenced fertility and parental investments in girls 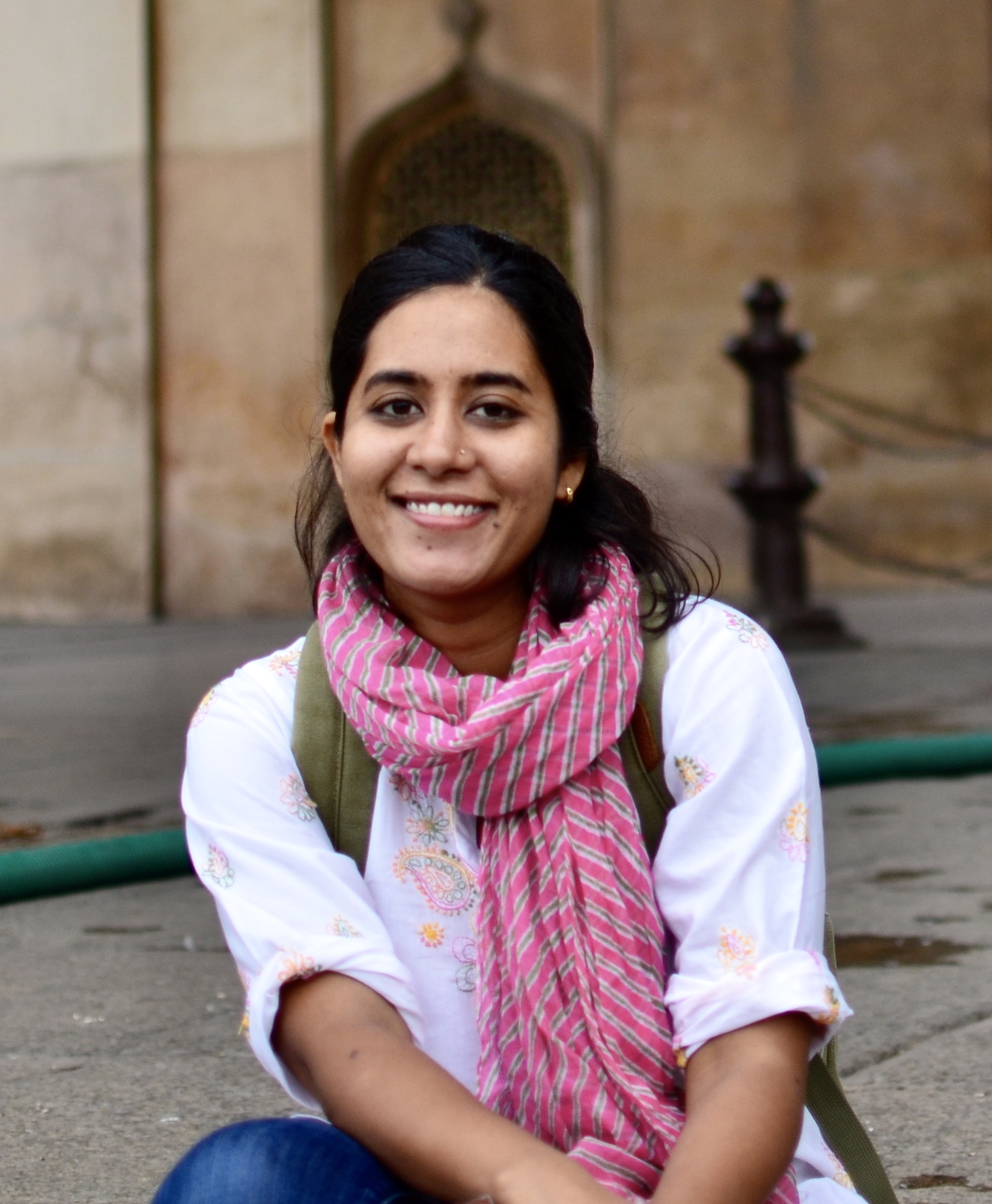 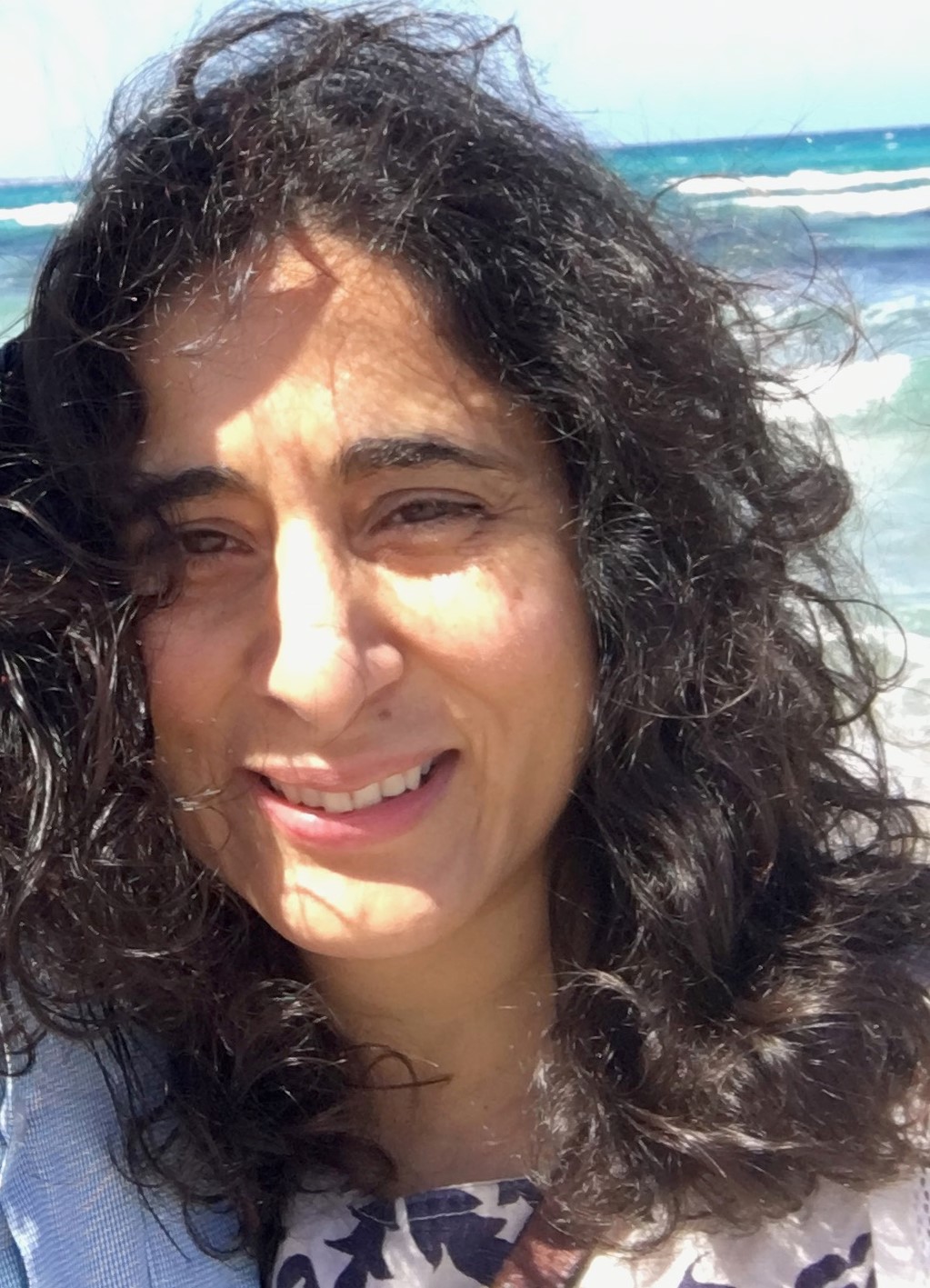 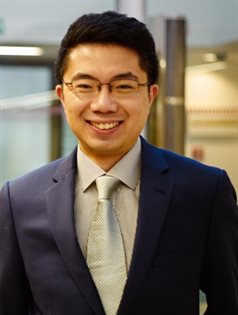 Ultrasound technology has increased sex selection in India, but has also narrowed gender gaps in fertility and under-five mortality

Editors’ note: This column is published in collaboration with Ideas 4 India.

Prenatal sex detection technology (henceforth, ultrasound) has altered the demographic landscape in India and other countries where sons are valued more than daughters. An ultrasound scan can reveal foetal sex quite reliably at as early as 12 weeks of gestation, enabling selective abortion of unwanted girls without, in principle, risking the mother's health. In India, ultrasound was introduced in the mid-1980s, by when abortion had already been legalised. The low cost and the non-invasive nature of ultrasound scans has led to their widespread use for foetal sex determination despite counteracting laws, resulting in a staggering rise in sex-selective abortion, equivalent to 6% of potential female births during 1995-2005 (Bhalotra and Cochrane 2010).

Before ultrasound scans became available, parents adjusted the gender composition of their children in two ways. The first was by continuing childbearing till they achieved the desired number of sons, as a result of which the average girl had more siblings than the average boy, and grew up in households with fewer per capita resources. The second approach was to subject girls to deliberate neglect, which culminated in excess girl mortality during early childhood.1

Our hypothesis is that ultrasound access weakened reliance on both of these channels by virtue of enabling foetal sex detection and facilitating termination of unwanted female foetuses. In a recent paper, we provide evidence in support of this hypothesis (Anukriti et al. 2017). Our findings contribute, inter alia, to understanding fertility decline in India alongside the changing ‘quantity and quality’ of girls.

Availability and use of sex-selection technology

Ultrasound availability during the early diffusion period (1985-1995) was driven by the liberalisation of India’s import sector. The first ultrasound scanner was imported in 1987 (Mahal et al. 2006). Thereafter, the quantity of imports rapidly increased (Figure 1) as import duties on medical equipment were gradually lowered. A second major expansion in ultrasound availability occurred during 1995-2005 when domestic production of ultrasound machines sharply rose with relaxation of industrial licensing regulations (Figure 2). Bhalotra and Cochrane (2010) have shown that these supply-side changes resulted in a phenomenal rise in sex-selective abortion. 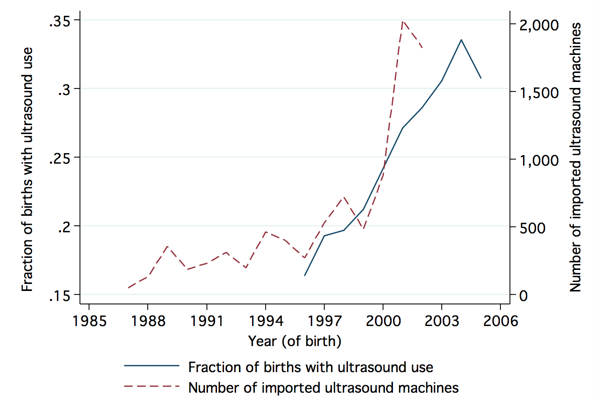 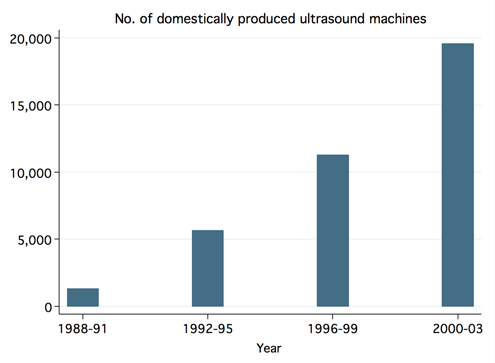 Previous research has shown that parents whose first child is a girl are more likely to use sex-selection technology for subsequent pregnancies than families who have already had a son at first birth. Moreover, the sex ratio of firstborn children has remained within the biologically normal range in India despite access to sex-selection technology. Thus, to estimate the causal impact of sex-selection on post-birth gender gaps among second and higher parity births, we combine the supply-driven changes in ultrasound availability with family-level variation in the incentive to sex-select as captured by the sex of the firstborn child.

We find that the pre-ultrasound gender gap in under-five mortality for second- and higher-order births in firstborn-girl families relative to firstborn-boy families (equal to 2.77 percentage points) is completely eliminated among post-ultrasound birth cohorts (Figure 3). We document a significant narrowing of gender gaps in vaccination and breastfeeding that we estimate can explain 27% to 31% of the observed decline in under-five excess female mortality. We also find a complete closure of the gender gap in sibling size between firstborn-girl and firstborn-boy families (which, pre-ultrasound, was 0.14).

Figure 3 Excess female under-five mortality by firstborn sex, before and after ultrasound access 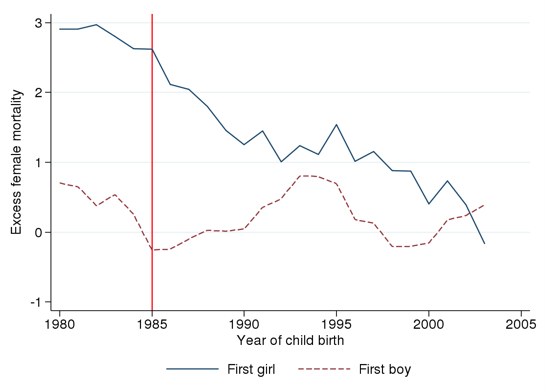 Our paper adds to the limited evidence on how prenatal sex detection technology modifies fertility and investment in girls. Previous research on India has found that changes in sex-ratios at birth are associated with a narrowing of gender gaps in malnutrition but, despite this, they conclude with the puzzle that they find no corresponding narrowing of the gender gap in mortality (Hu and Schlosser 2015). We solve this puzzle, essentially by distinguishing the trends in families with first-born girls versus first-born boys, and by incorporating a larger set of pre-ultrasound cohorts in the analysis.

The large changes in girl relative to boy survival that we document contribute new evidence to current debates on biased population sex ratios in India. Girls born in the post-ultrasound era are receiving greater early-life investments, which not only contributes to their survival but is predictive of improvements in cognitive attainment, income, and longevity for girls, and indeed the outcomes of their future offspring. Narrowing of gender gaps in human capital also tends to be associated with higher growth rates and social change. The fertility decline (concentrated in firstborn-girl families) we observe not only benefits girls through increased resources per capita, it is also potentially beneficial for the health of mothers, which is depleted by the high levels of fertility motivated by the desire to bear sons. More generally, fertility decline in developing countries has been shown to be associated with economic growth, human capital accumulation, and women's empowerment.

But the number of sex-selective abortions is much higher

Nevertheless, the decline in postnatal deaths of girls only partially offsets the rise in female foeticide. Our estimates imply that 90,200 excess under-five female child deaths were averted each year (accounting for both the decline in son-biased fertility behaviour and the decline in gender discrimination in parental investments in children), but that the rise in the number of aborted girls was much higher. For every three girls that ‘went missing’ before birth, only one girl survived after birth who otherwise would have died. So the number of missing women continues to increase, and this has implications for violence against women, prostitution, sexually transmitted diseases, marriage market imbalances, and elderly care.

Our analysis shows that the increase in sex-selective abortions fuelled by ultrasound technology substantially decreased postnatal gender discrimination against girl children in India. So, although fewer girls were born, those that survived to birth were treated more equally, were more likely to survive to age five, and on account of higher investments, in for instance breastfeeding and immunisation, we can project that they are more likely to do well as adults. However, our evidence suggests that surviving girls in the post-ultrasound regime are more likely to be in lower socioeconomic households, and that for every additional girl that survived after birth, three girls were aborted.

Anukriti, S, S Bhalotra and H Tam (2017), “On the quantity and quality of girls: New evidence on abortion, fertility, and parental investments”, IZA,Discussion Paper No 10271.

Bhalotra, S and T Cochrane (2010), “Where have all the young girls gone? Identification of sex selection in India”, IZA Discussion Paper No 5381.

Mahal, A, A Varshney and S Taman (2006), “Diffusion of diagnostic medical devices and policy implications for India”, International Journal of Technology Assessment in Health Care 22: 184–190.

[1] Excess girl or female mortality means a higher likelihood of death for girls relative to boys.