How to reform a government investment agency: Insights from Ethiopia 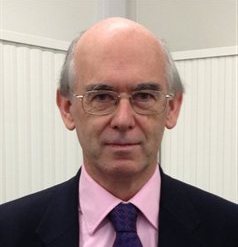 The rapid growth of several countries in sub-Saharan Africa over the past ten years has been one of the most talked-about stories in global economics. It has been estimated that if these countries maintain their current growth rate, they will become middle-income countries within the next ten years. This would transform the economic prospects of the continent at large.

For this growth to be achieved, it will require a substantial increase in industrial output, and a broadening of the range of manufacturing activities. This cannot be achieved without a major inflow of foreign direct investment (FDI). Consequently, the spotlight is on the activities of the government agencies charged with attracting and retaining investment from multinational companies.

Professor John Sutton2 has extensive insight into government investment agency reform, having collaborated with several sub-Saharan African leaders in the process of reorganising their mind-sets, relationships and development approach. Following the publication of his Enterprise Map of Ethiopia[1], he was asked to assist Fitsum Arega, the newly-appointed Director General of the Ethiopian Investment Agency (now reconstituted and renamed the Ethiopian Investment Commission), in reforming the agency.

In this interview, which first appeared in LSE's Economics Annual Review, Professor Sutton shares his insights on setting up effective investment agencies.

What is the biggest challenges to government investment agency reform?

Most investment agencies in sub-Saharan Africa don’t work very well. More than ten years ago, the World Bank did a study that was both simple and informative: they picked up the phone and made a series of calls to the investment agency of each country. 70% of calls went unanswered. If there’s one thing an investment agency really needs to have, it’s accessibility.

How can investment agencies be improved?

The usual answer to this question is that agencies need to establish a ‘one-stop shop’ operation. This means that the most basic activity of the agency – to issue the licences and permits enabling foreign companies to operate in a country – should be an easy and efficient process. Ideally, it should be one in which all form-filling requirements are carried out at a single location, usually the agency’s main office. This is a worthy goal, but it still leaves the agency focused on the idea that its job is to ‘grant permission’ to companies to operate in the country.

The real challenge is to move away from the permission-granting mind-set to one in which the agency’s central goal is to increase the number of jobs created in the country. This means removing all inappropriate and unnecessary obstacles that stand in the way of this achievement. Attracting new firms is hard; ensuring that the existing FDI projects are not hampered in their operations raises the chances that they will succeed and expand, creating further jobs.

How would this change in mind-set alter the way investment agencies work?

It would ensure that they spend much less time ‘putting out fires’. I have walked into investment agencies which appear to be a hive of activity, full of business people coming with problems that have become critical. Agency staff are usually professional, dedicated and hard-working, and are doing their level best to deal with an impossible range of crises. You don’t need to have an environment like that. It’s much easier to do things right from the beginning.

So is there a proven ‘right way’ of handling the relationship between foreign companies and investment agencies?

Absolutely. There is a best practice international model, pioneered by Finland, Ireland, and Singapore, which rests on the concept of ‘relationship building’ with companies. Each company that has been identified as a potentially significant employment creator is assigned a single contact person at the investment agency, whose job it is to remain up-to-date on the events at the company that are relevant to the agency. While the details vary across agencies, the spirit of the system is the same: to avoid crises by being aware of problems from the outset, so that the agency can become involved before the issue turns into a crisis.

Is this what’s been done in Ethiopia?

Yes. At the newly reformed Ethiopian Investment Commission, each sectoral group is led by an individual who compiles weekly updating reports on companies and issues in his or her sector.

The heart of the system is a fortnightly meeting at which all group (sector) leaders sit down with the Deputy Commissioner to review the state of play. The agenda paper for that meeting sets out all of the ‘live issues’ pertaining to the firms in the system, and group leaders report on all actions taken since the last meeting. Decisions are made by the team as to what next actions are needed, and the agreed action points are recorded. This ensures no problem is ever lost sight of.

It is! Yet it’s the hardest and most important thing to accomplish. You need to see it from the perspective of professionals working within the system. They are dedicated, hard-working and responsive to the requests, which keep pouring in. It’s very tempting to ‘put out fires'. The discipline of systematically checking how things are going at those firms that haven’t yet called on you is tough to embed in any organisation. This is really about organisational change. Knowing what to do isn’t difficult: the hard thing is making it happen.

So how long did it take in Ethiopia?

Two years. First the new system needed to be imbedded, with 100 or so firms in the programme. Then we ramped up the number of firms participating. The real breakthrough came a year into the process, when the Commissioner and his team leaders revamped the reporting procedures, tidied up the organisation of the meeting, and devised a new way of going through the agenda, which was based on an issue-by-issue discussion rather than trying to go through all firms one by one.

Why do you see the revamp as the breakthrough moment, rather than the introduction of the new system?

Because it showed that the Commissioner and his team had taken ownership of the system. From that point, it was theirs.

How big is the programme now? And how is it developing?

The programme now covers over 400 firms. What we’re learning is that there is a manageably small number of issues that can trip up a firm and stop it becoming operational, and that the best way of handling them varies according to circumstances. Some are best handled by individual contact persons, some by the relevant group or group leader, and some by the head of the agency, liaising with government ministers or heads of civil service departments. But when every issue is discussed at the monthly meeting, with everyone pooling their experience, standard ways of dealing with each type of problem emerge. And this leads to a smooth, well-functioning process. It’s a whole world away from ‘putting out fires’.

What does it take for a project like this to succeed?

I was extremely fortunate to find myself working with Fitsum Arega, who is one of the most dedicated, committed and effective people I have ever worked with. The view I have come to is that a reform of this kind will work if, and only if, the government puts into post a head of the agency who is not only an excellent manager, but who is also unusually effective in dealing with government ministers and heads of civil service departments. Once that is done, everything else can be delivered.