The cost of air pollution in South Africa 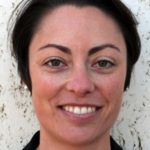 Study indicates that 7.4% of all deaths in 2012 were due to chronic exposure to fine particulate matter, costing South Africa up to 6% of its GDP

The Global Burden of Disease (GBD) study reported in 2012 that three million people die prematurely each year around the globe due to ambient air pollution (WHO 2012), with low- and middle-income countries suffering the worst effects. Developing countries that have a heavy reliance on fossil fuels, like South Africa and China, face the bulk of the health and productivity losses as well as mortality associated with high concentrations of air pollution.

The associated economic costs can also be high. For China, which relies on coal for 75% of its primary energy, the economic burden of air pollution is estimated at 3.8% of their GDP (World Bank 2007). The WHO estimates that air pollution costs European economies US$1.6 trillion a year in mortality and morbidity (WHO 2015).

South Africa relies on coal for 97% of its primary energy. The costs of air pollution on human health and economic growth in South Africa are as of yet unknown. Fine particulate matter (PM) is one of the most lethal pollutants, and higher concentrations are known to cause increased mortality.

The GBD study estimated that South Africa had 1,800 deaths in 2012 attributable to fine PM. This number was based on global satellite and modelling views on the severity of air pollution in the country. However, measured PM values are 3-4 times higher than the GBD estimates. Moreover, at monitoring stations where the PM data was available, only one station met the health guidelines recommended by the World Health Organization.

In a recent IGC project, ‘Human Health Costs of Energy-Related Air Pollution in South Africa’, we set out to calculate the number of premature mortalities due to the actual air pollution levels in South Africa, and to quantify the associated economic costs.

Figure 1 What information is used to determine premature deaths?

Air pollution monitoring data, provided by the South African Air Quality Information Service, was compared to background values. Background values indicate the concentrations that would be expected if there was no human-derived pollution.

Because fine PM associated mortality derives from chronic exposure, the BenMAP analysis uses annual averages. For the year 2012, the South African National Standards annual average fine PM limit of 20 µg/m3 was exceeded at 13 stations. All stations except one exceeded the more stringent WHO guideline of 10 µg/m3.

Stations with consistently high PM concentrations typically occurred near townships, which are commonly poor, overcrowded, and inadequately serviced areas. The main sources of PM included domestic combustion, pollution emanating from highly industrialised areas such as Secunda (a town built amidst the coalfields of the Mpumalanga province of South Africa and the largest source point of CO2 in the world), coal yards, and commonly adjacent coal burning power stations, many of which were previously moth-ball-producing plants that have since been re-commissioned due to power shortages.

The South African BenMAP model calculated that 27,000 premature mortalities across South Africa are currently due to high levels of fine PM. This is in stark contrast to the 1,800 deaths estimated by the GBD study.

This indicates that 7.4% of all deaths in South Africa are due to chronic exposure to fine PM. Densely populated regions such as Cape Town, Durban, and the Johannesburg-Pretoria mega city area suffer the largest loss of life. These premature deaths cost the economy $20 billion (2011 international dollars), or 6% of South Africa’s 2012 GDP. This is the first estimate of the significant economic costs incurred by the air pollution health burden in South Africa.

Local differences in the composition of PM, living conditions, when and how people are exposed to pollution, and most pressingly, vulnerability due to high rates of TB and HIV/AIDS infection, suggest there is a critical need for South Africa-specific studies on the association between air pollution and mortality.

Therefore, the study highlights the need for increased fine PM monitoring around South Africa. The South African BenMAP model developed in this study is a tool for policymakers that can be used for health impact assessments and cost-benefit analyses of air pollution reduction policies.

Editors' note: This column first appeared on the IGC blog in November 2016. Republished with permission.

WHO (2015), “Air pollution costs European economies US$ 1.6 trillion a year in diseases and deaths, new WHO study says”, 28 April.