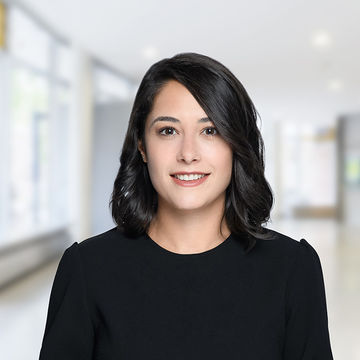 For the first time ever, the global number of people without access to electricity has fallen below one billion (Cozzi et al. 2018). The overwhelming majority of these people live in sub-Saharan Africa and developing Asia. Despite this unprecedented progress, this news might not be as exciting as it would have been a decade ago.

Recent evidence (Burlig and Preonas 2016, Lenz et al. 2017, Lee et al. 2019) shows that the benefits of rural electrification are not as large as previously thought (Dinkelman 2011, Lipscomb et al. 2013). The debate about electrification has recently shifted from the position that electrification is essential for growth towards a less optimistic view about its benefits.

In an International Growth Centre (IGC) study (Kassem 2018), using data from the electricity grid expansion in Java, I find that electrification generates industrial development by attracting more entrants into the market and forcing less productive firms to exit more often. This translates into an increase in industrial activity and ultimately, productivity.

Policymakers and aid agencies around the world invest heavily in electrification projects. The expectation is that electrification will promote industry and ultimately lead to growth. However, in practice this isn’t always the case; the relationship between electrification and industrial development could be just a correlation along the path of development.

Moreover, the effects of electrification could be heterogeneous across different contexts. This calls for an investigation into the mechanisms by which electrification brings about industrial development.

The study: Electrification and firm turnover in Java

With the support of the Indonesia Electricity Company, Perusahaan Listrik Negara (PLN), I collected an extensive amount of data using administrative records from current and historical sources. This rich dataset covers 11 years in Java, the main island of Indonesia.

I map two objects over time and space:

These data allow me to shed light on one particular economic mechanism – firm turnover. Firm turnover is the entry and exit rate of firms. This turnover is a healthy sign in the market, indicating more productive businesses have more resources than less productive ones.

Supply and demand: The cost of transmission and grid location

As is typical in emerging economies, where electrification and industrial development occur simultaneously, the location of the electric grid is driven by demand. As a result, simple OLS estimates of the effect of electrification on industrial outcomes are likely to be biased. To deal with this issue, I exploit a supply-side natural experiment based on the need of PLN of having a single interconnected grid in Java.

In the 1960s, the network in Java was a collection of disconnected grids. This system was inefficient because electricity load cannot be shared across the different sides of the island. By the 1990s, an interconnected grid was built by PLN. The interconnection decreased the cost of extending access to the grid to locations that happened to be between two previously disconnected grids.

I use an instrumental variable to separate demand side factors from supply side factors that could be driving the location of the interconnection. I create two hypothetical least cost transmission grid interconnections. These are a function of (1) incumbent disconnected infrastructure built by the Dutch colonial utilities, and (2) cost factors. The first considers construction costs in locations with higher land elevation to be higher. The second considers cost to be merely equal to the straight-line distance between two origin grids, irrespective of local geography. Conditional on various controls (see Kassem 2018), I use the distance to the hypothetical interconnections as two separate instruments for access to the actual grid.

I start the analysis using the spatial data on manufacturing activity in Java. For each of the Javanese desa (the lowest Indonesian administrative division), I observe the number of firms located there and their characteristics.

Given the spatial nature of electrification, it is possible that these effects are driven by a reorganisation of industrial activity across space (spillovers), rather than the creation of new industrial activity. I exploit the spatial structure of the data to investigate this possibility, by estimating the spillover effect of having connected neighbours on industrial outcomes.

Supported by additional empirical tests (see Kassem 2018), I find that electrification creates new industrial activity. I find no evidence that having connected neighbours negatively affects the number of manufacturing firms or workers. The only evidence for spillovers is in the output market, and while these do not account for more than 50% of the increase in output, the results are reasonable as products are easier to move than firms and workers.

I then turn to entry and exit as a mechanism. Interestingly, I find that new manufacturing activity is created not only through the entry of new firms, but also through higher exit rates. I find that electrification increases firm turnover by increasing entry and exit rates, thereby improving churning in the market.

Electrification makes firm entry to a certain location more attractive, increasing competition in that location, and therefore making unproductive firms less likely to survive. This in turn changes the composition of firms in the market and has implications for average firm productivity in the industry.

This brings me to the final set of results, which aim at understanding the implications of higher churning in the aggregate. Comparing firms in desas with and without access, I find that firms in connected desas are on average larger and more productive.

Realising the benefits of electrification

By learning about the mechanisms by which electrification brings about industrial development, we can understand why this does not occur in all cases. For example, the existence of large non-energy barriers to firm entry or poor market access on account of high transportation costs, credit constraints, or favouritism.

Although household electrification can have limited benefits, especially in the short run, extending the grid can have indirect benefits for households by attracting new firms, creating new jobs, and affecting overall sectoral composition. These effects, while not immediate, must therefore be taken into account when evaluating the welfare benefits of electrification.

Editors’ note: This column is part of our series on electrification.

Burlig, F and L Preonas (2016), “Out of the darkness and into the light? Development effects of rural electrification”, Energy Institute at Haas Working Paper 268.