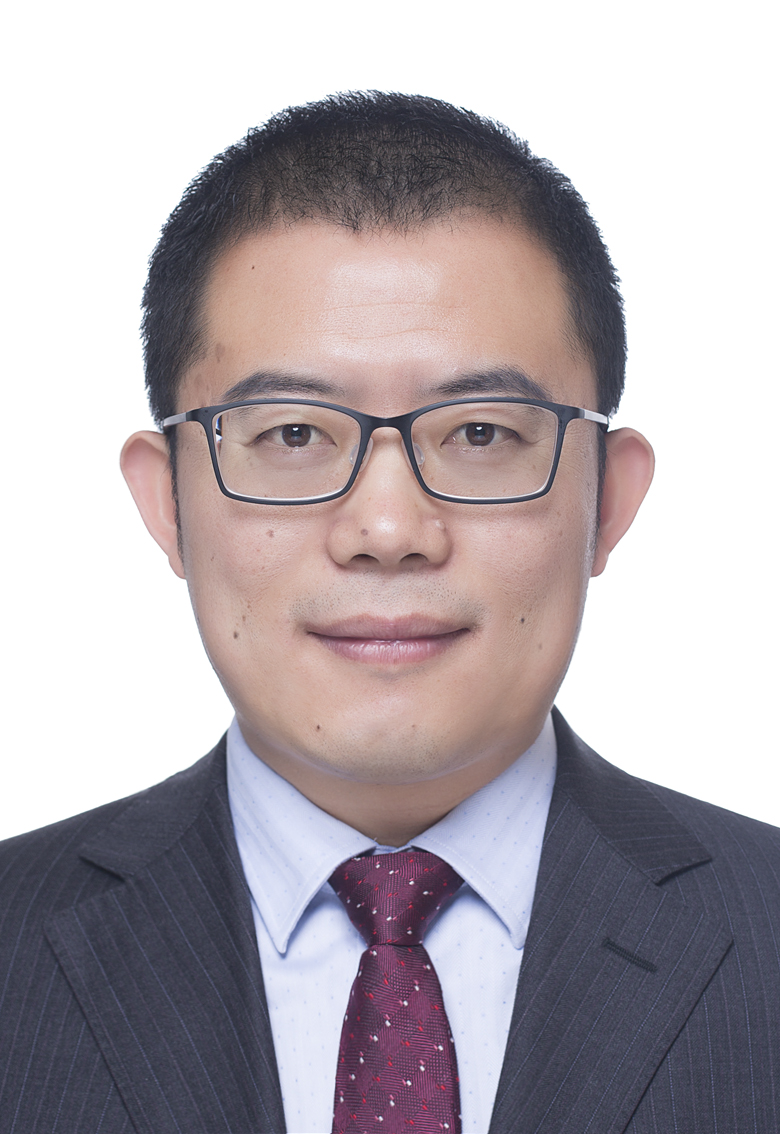 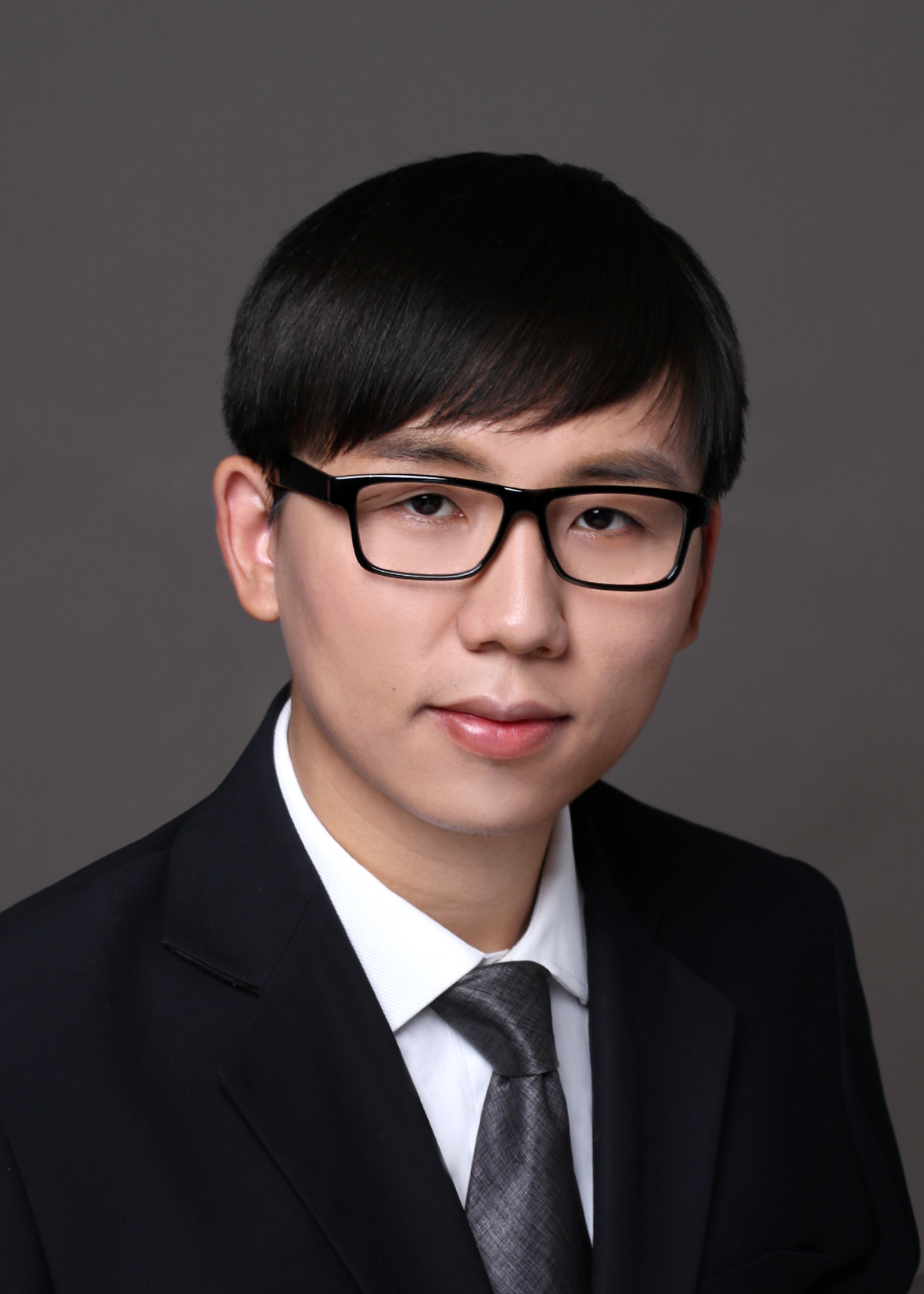 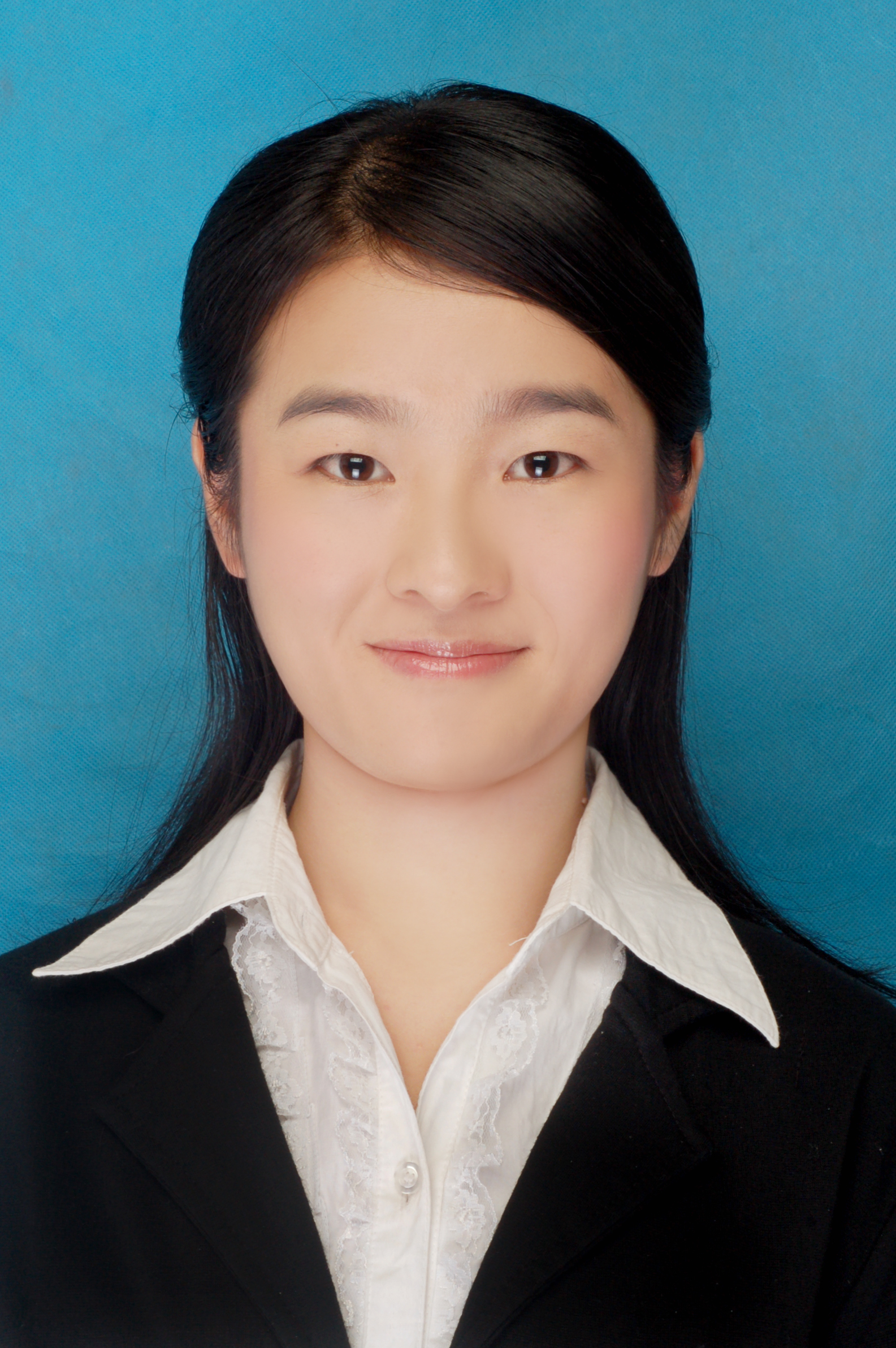 Firms are reactive to better enforcement of emission controls. This effect is more apparent among firms in industries with higher pollution intensity

From 2006 to 2010, emissions of major regulated water pollutants, such as chemical oxygen demand (COD), from Chinese manufacturing fell by 23.1% relative to the 2005 level, while manufacturing output was boosted by 137.5%. When looking into the pattern of clean-up (shown in Figure 1), we find this turning point first appeared in 2006. This coincides with the start of China’s 11th Five-Year Plan, characterised by stringent emission target control and enforcement. 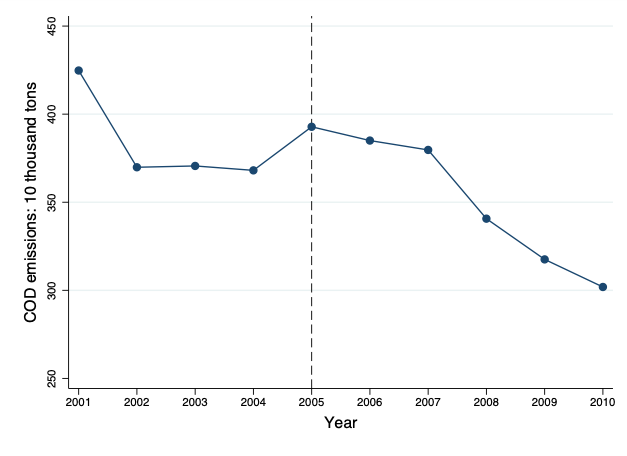 Have these regulations contributed to the clean-up? If so, how large is the effect? And more importantly, what are the main driving forces underlying the effect? Our latest research may provide insight into these questions, using comprehensive Chinese firm level datasets from multiple sources (Fan et al. 2019).

Even though emissions target control was established in the 1980s in China, these regulations were not treated seriously until the 11th Five-Year Plan, from 2006 to 2010. By means of a set of primary analyses, we document three stylised facts pertaining to COD emissions from manufacturing in China from 2001 to 2010, covering the 11th Five-Year Plan period.

1. Regulation level: As shown in Figure 2, in response to different levels of environmental regulation, firms located in tightly regulated provinces (those assigned with larger COD reduction targets above the median) reduced more pollutants in comparison to their counterparts in loosely regulated provinces (those with COD reduction targets lower than the median). 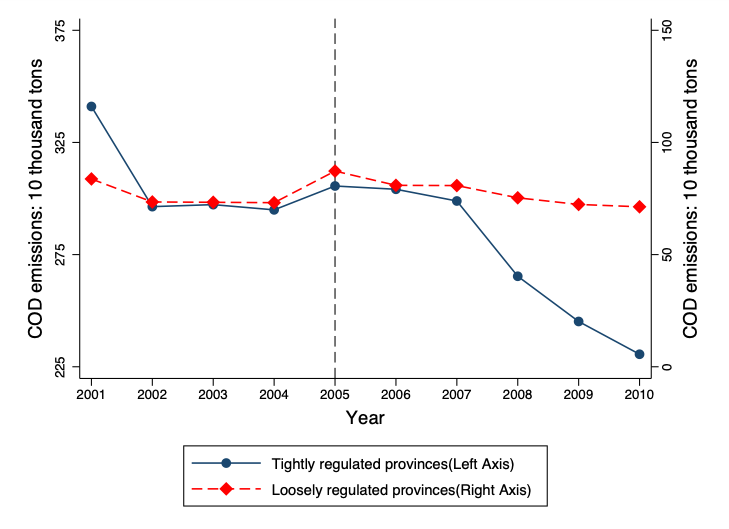 2. Polluting intensity: The effect of environmental regulation stringency on firms’ COD emissions varied across industries with different polluting intensity: Regardless of their location in tightly or loosely regulated provinces, firms in heavily polluting industries all experienced declines in COD emissions. Conversely, COD emissions of firms in lightly polluting industries that were located in tightly regulated provinces increased their emissions during the same time period (Figure 3). This might suggest that industrial pollution intensity positively reinforces the effect of environmental regulation on firms’ pollution reduction. 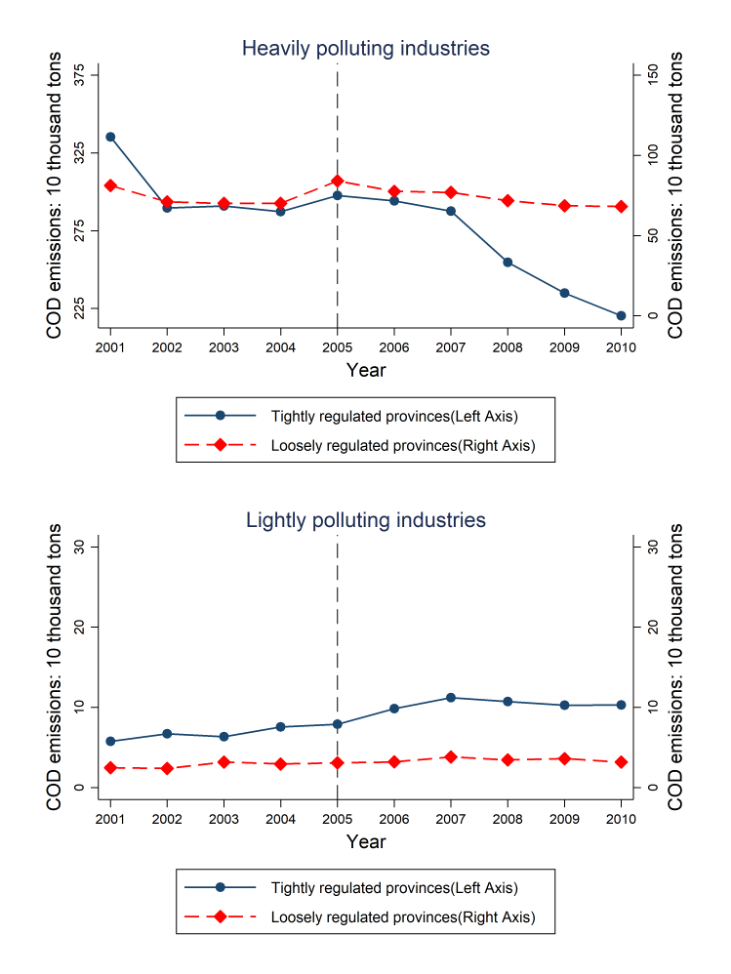 3. Manufacturing emissions: Following Levinson (2009), we decompose changes in total manufacturing COD emissions that can be explained by “composition effect” (adjustment of market share of each industry) and “technique effect” (lowered pollution intensity brought by technological progress). Figure 4 illustrates how both effects exist, whilst the “technique effect” is the predominant causal factor accountable. 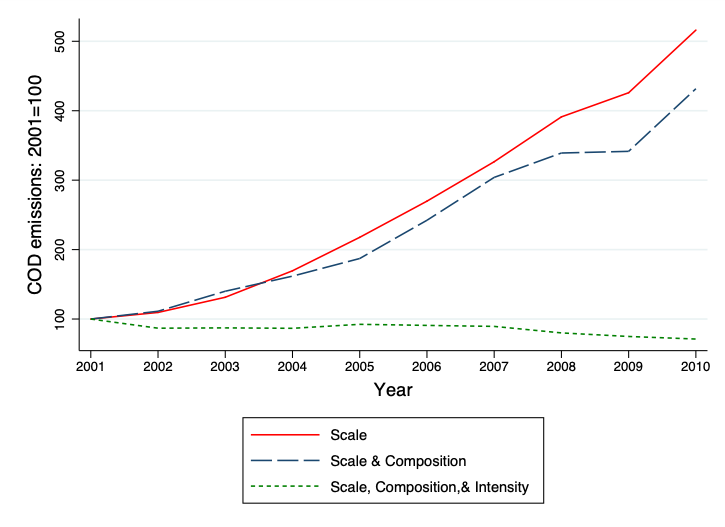 The above three facts provide intuitive evidence that strengthening emissions reduction control enforcement and greater controls on industrial pollution intensity have positive effects on firms’ pollution control. After rigorous analyses, our main findings are as follows.

Pollution has been reduced due to better enforcement of emission target control and “technique effect” is the predominant cause of emission reduction. We find that more stringent environmental regulations faced by firms are positively associated with a greater probability of reducing COD emissions after 2006.

There exist industrial heterogeneous effects. Considering the large variation in COD emission across industries, we find that firms that belong to heavily polluting industries located in cities with more stringent environmental regulations cut down much more on pollutants, compared with their intra-city counterparts in less-polluting industries.

Implications: Emissions regulations do have an impact

With the stricter target control system in place, firms face a higher probability of receiving administrative penalties and are more likely to discharge less effluent, to consume less industrial water by recycling water, and to adopt devices that control pollution as well as expand their current pollution treatment abilities.

We find no evidence of increase in green patents and water-related green patent applications, leading us to believe that firms are, nevertheless, reluctant to increase environment-related innovation. This could be attributed to the existence of lower-cost countermeasures, such as pollution abatement facilities, which are sufficient to meet the target.

As firms in heavily polluting industries are more responsive to environmental regulations, their sharply declining output and the pollution intensities of their production provide more evidence of the “composition effect”.

Also, the relocation of firms to cities with stringent environmental regulation plunged sharply compared with those in loosely regulated cities after 2006, which signifies, to a certain extent, an “internal” variant of the pollution havens hypothesis.

These patterns show that as environmental regulations become tighter, firms’ emissions fall. To achieve concrete emissions reduction targets, firms are consciously trading off between production arrangements and COD emissions. Overall, manufacturing firms in China are becoming green. Also, the industrial infrastructure in China is becoming cleaner due to the expansion of cleaner industries, while polluting industries are shrinking.

As firms in heavily polluting industries are more responsive to environmental regulations, their sharply declining output and the pollution intensities of their production provide more evidence of the “composition effect”. In addition, although clear reduction targets set during the 11th Five-Year Plan were effective, they still failed to stimulate firms to adopt effective technology to eliminate more pollutants from the production process, perhaps because other lower-cost countermeasures, such as adoption of pollution abatement facilities, was sufficient to meet the target.

Regulators still face the fundamental challenges of identifying an appropriate regulatory path that will stimulate firms to shift from the adoption of end-of-pipe treatment technology to innovations.

Greenstone, M, J A List and C Syverson (2012). “The Effects of Environmental Regulation on the Competitiveness of US Manufacturing”, NBER,Working Paper No. 18392.

Keller, W and A Levinson (2002). “Pollution Abatement Costs and Foreign Direct Investment Inflows to US States”, Review of Economics and Statistics 84(4): 691–703.