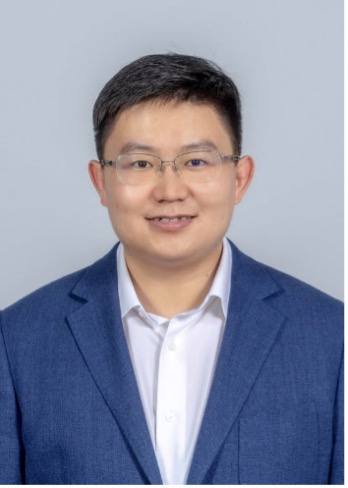 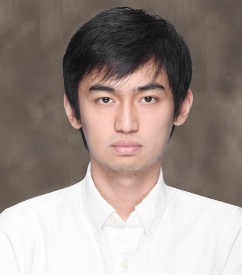 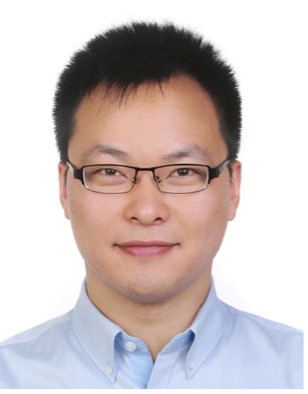 In developing countries such as China and India, billions of people live under extreme pollution every day, while still being economically dependent on pollution-heavy manufacturing industries (Greenstone and Hanna 2014, Ebenstein et al. 2017). As these countries balance economic growth with environmental quality, it is important to understand the economic costs of alleviating pollution. Most research studying this challenge has taken place in developed countries like the United States, thereby shedding limited light on the developing world where the cost of environmental regulation might vary substantially due to differences in industrial structures and factor endowments (Basu and Weil 1998), as well as political institutions and bureaucratic incentives (Acemoglu and Robinson 2013, Greenstone and Jack 2015).

Our study (He, Wang, and Zhang 2020) fills an important knowledge gap by studying environmental regulations in China, currently the world’s largest emitter and manufacturer. In the late 1990s, after nearly two decades of unprecedented growth in industrial manufacturing, China started to face a variety of pressing environmental challenges, including deteriorating surface water quality (Ebenstein, 2012). According to the World Bank (2007), in 2000 roughly 70% of China’s rivers contained water deemed unsafe for human consumption.

Seeing the growing social unrest associated with surface water pollution, the Chinese central government began attempts to protect water bodies. They installed several hundred state-controlled water monitoring stations along the major national river trunks. Used mainly for scientific study at first, the efforts hit full steam when in 2003, the central government imposed explicit water quality targets for all the state-controlled monitoring stations, and also adopted a target-based abatement system in which local politicians were promised a chance at promotion only if their targets were met. Through these local officials’ efforts to regulate polluting firms and abate water pollution, China’s surface water quality improved dramatically after 2003. 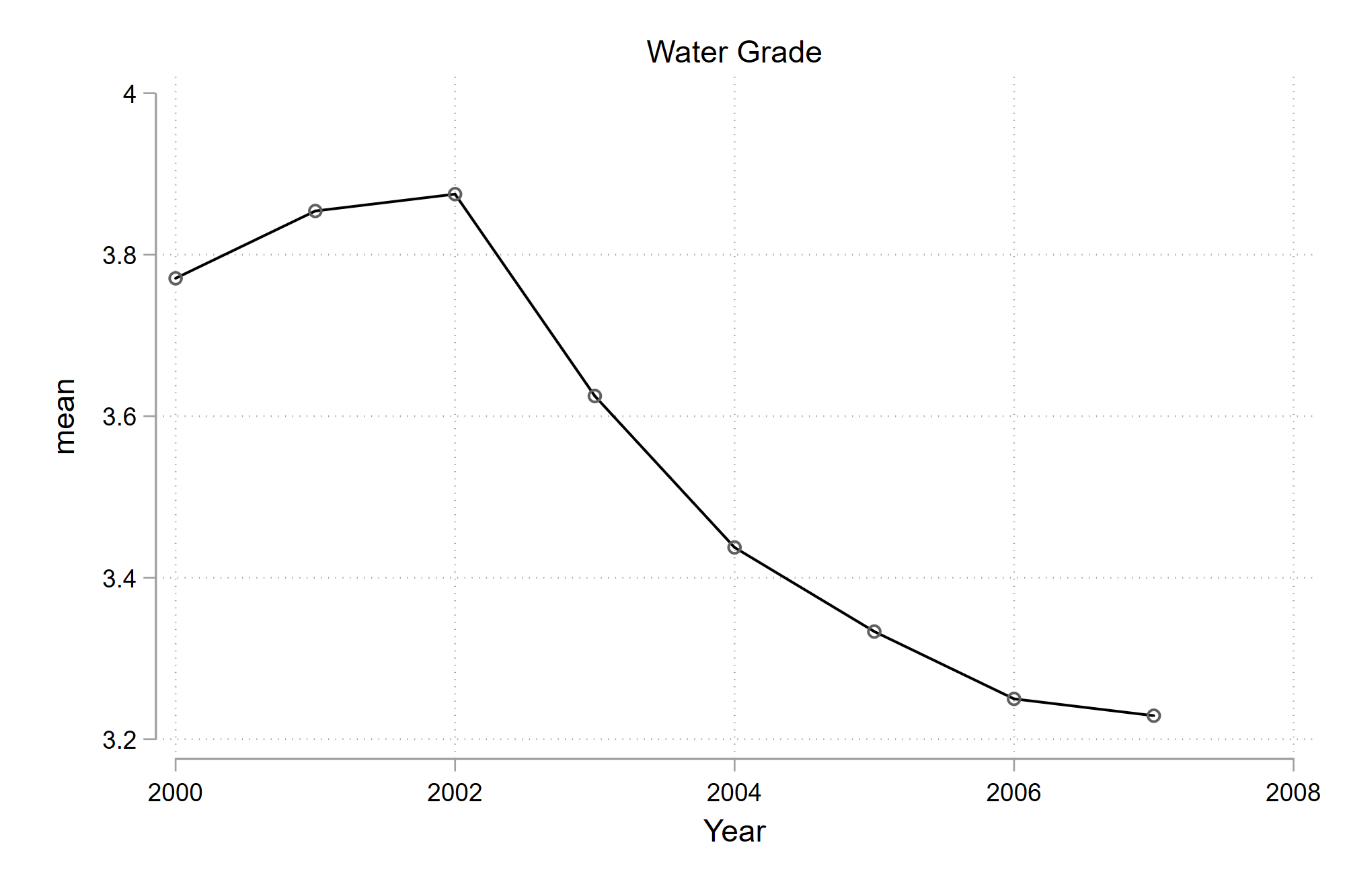 However, this political contract between central and local governments was easy to undermine because of imperfect monitoring. Water monitoring stations can only capture upstream emissions which gives local officials the incentive to enforce tighter regulations on polluters immediately upstream of monitoring stations, as compared with their immediately downstream counterparts.

Exploiting this spatial discontinuity in environmental regulation stringency, we compare the productivity and pollution reductions between polluting plants located immediately upstream and downstream from the monitors. The key assumption of the research design is that firms immediately upstream and downstream relative to the monitoring station should be identical before the regulations are implemented (i.e. before 2003), but should differ from each other later as upstream firms face tighter regulations. Since, the water monitoring stations were located based on hydrological factors before water quality readings became a political priority, this assumption seems likely.

To gather the data for analysis, we use the China Environmental Quality Statistical Yearbooks for information on water quality monitoring stations. We then collect the firm-level production information from the Annual Survey of Industrial Firms (ASIF) and firm-level emission data from the Environmental Survey and Reporting (ESR) database throughout the period 2000–2007. The studied sample comprises 17,726 unique ASIF firms and 9,797 ESR firms located alongside 159 monitoring stations. After collecting the data, we calculate the distance to the nearest station and project the firms to the nearest river basin to estimate their elevation. This is used to determine whether the firms are ‘upstream’ or ‘downstream’ relative to the nearest monitoring station.

We find that polluting firms located immediately upstream are 24% less productive. The productivity loss is primarily driven by upstream polluters investing more in (non-productive) abatement equipment and making costly adjustments to clean up production processes to cope with tighter regulations. The gap observed between upstream and downstream firms cannot be explained by the endogenous locations of monitoring stations or polluting firms alone. Instead, the upstream-downstream gap in productivity existed only in polluting industries. Further, only polluters within a few kilometres upstream are regulated as emissions from farther upstream would dissipate quickly over space and have negligible effect on water quality readings. 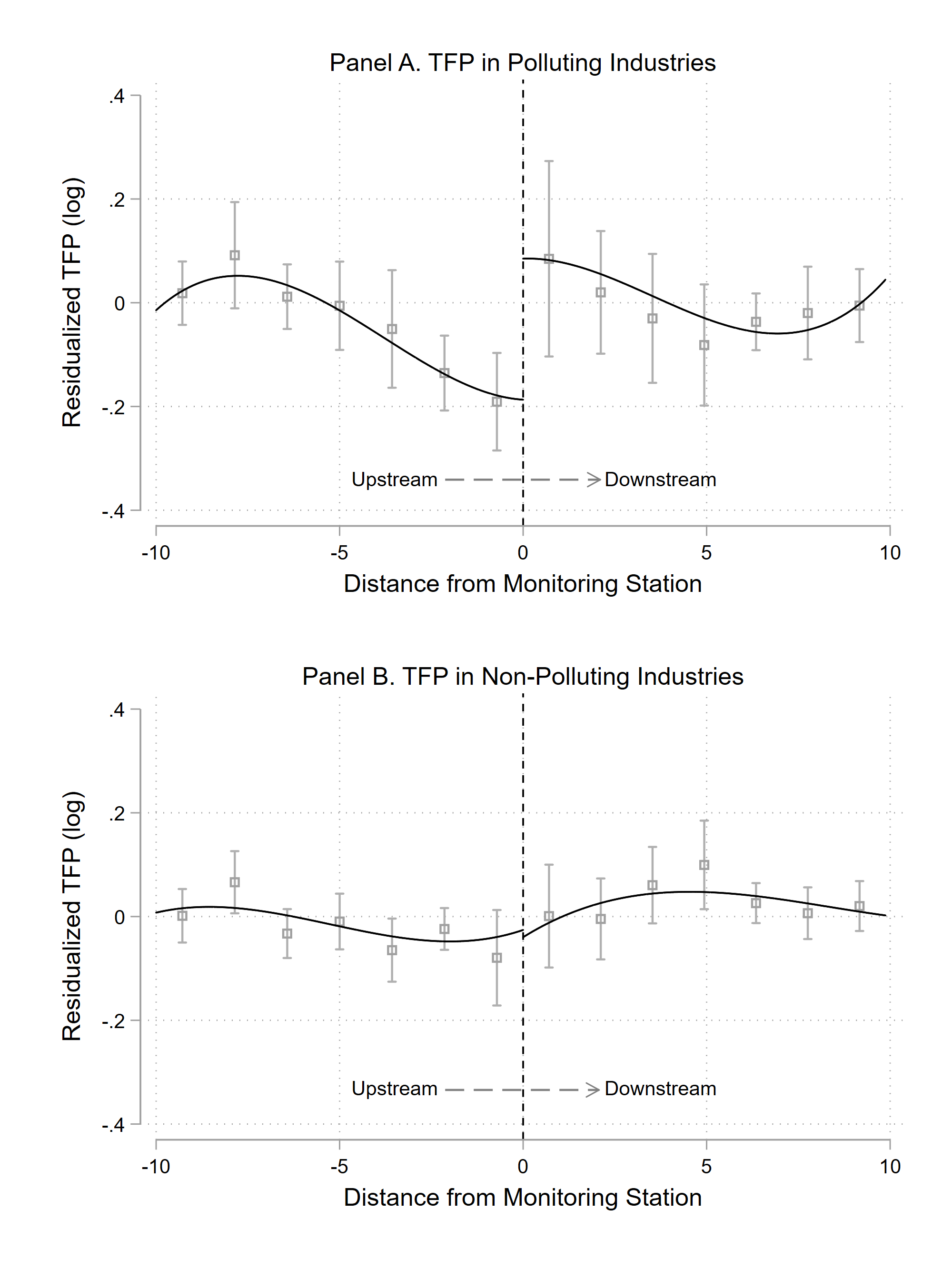 The environmental regulations led to significant economic losses to China. As the more heavily regulated firms injected more money into cleaner equipment and other abatement actions, these capital inputs did not increase their output. As a result, a 10% reduction in pollution led to a 3% drop in productivity for China’s polluting industries. Taken together, this means that China’s efforts towards reducing water pollution led to a total loss in industrial output of more than 800 billion Chinese yuan between 2000 and 2007, or more than 110 billion Chinese yuan per year.

The higher the political incentive to local officials, the more significant the gap in productivity between upstream and downstream firms. In China, prefecture-level leaders cannot get promoted to the provincial level once they exceed 57 years of age (Wang 2016). Using this policy to separate leaders who have a strong political incentive to meet the targets as compared to those who are less incentivised, we discovered that there was an even larger gap in the productivity of upstream and downstream firms in the prefectures where the local leaders were 56 years old or younger.

In the context of improving water quality, the central government leveraged high-powered political incentives to improve surface water quality but could only observe water quality readings of the state-controlled monitoring stations, which reflect emissions upstream but not downstream from them. Local government officials in turn, ensure the information the central government receives meets the targets by imposing significantly tighter regulation on upstream firms – prioritising ‘water quality readings’ over ‘actual water quality’. As a result, the water being monitored became cleaner, while a whole host of firms escaped regulation altogether. A well-intended central programme deviated from its original intent under decentralised enforcement. This example offers lessons on how the centralised government can rethink its incentive and target-based enforcement structure for decentralised policies.

Editors' note: This column is based on a PEDL project.

Ebenstein, A (2012), "The consequences of industrialization: Evidence from water pollution and digestive cancers in China", Review of Economics and Statistics 94(1): 186-201.