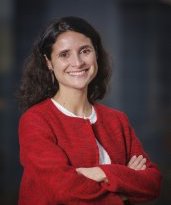 Discrimination in consumer lending seems to come largely from biased male officers; combatting it may require cultural changes at the institutional level

Are women discriminated against in consumer lending? Answering this question involves normative considerations that transcend social science. In economics, understanding the degree of gender discrimination and its mechanisms is critical for conducting an accurate welfare analysis of the consumer credit market. For instance, statistical discrimination has been argued to be an optimal (efficient) response to an asymmetric information problem between loan officers and applicants (Phelps 1972, Arrow 1973), whereas discrimination stemming from taste-based gender preferences held by loan officers leads to welfare losses (Becker 1957).

Clearly identifying gender discrimination is difficult since the data requirements to make ceteris paribus comparisons across male and female borrowers are extensive. A natural solution is an audit/correspondence study, which has become the gold standard strategy to identify discrimination in labor markets (Neumark 1996, Bertrand and Mullainathan 2004, Oreopoulos 2011), housing markets (Yinger 1986, Christensen and Timmins 2018), in the marketplace (List 2004), or in online platforms (Pope and Sydnor 2011). This approach requires sending gender-randomised loan applications to loan officers and testing whether the resulting approval rates differ by gender. However, this is usually unfeasible in practice since the lending process typically starts by checking the applicant's identity through credit reporting bureaus such as Experian, TransUnion, or Equifax, which allows loan officers to easily identify false loan requests.

In a recent paper (Montoya et al. 2020), we overcome this limitation through the implementation of a correspondence study with more than 400 Chilean loan applicants where instead of manipulating applicant gender, we randomly assign loan requests to a gender-balanced pool of prospective borrowers, who then submitted the assigned requests to randomly assigned loan officers drawn from a representative sample of loan officers working in Chilean banks. The loan requests created for the study randomly varied by amount (ranging between US$1,500 and $13,500) and term (12 to 60 months). We thus ensure by design that loan request, applicant, and loan officer characteristics are all statistically identical across applicant gender. 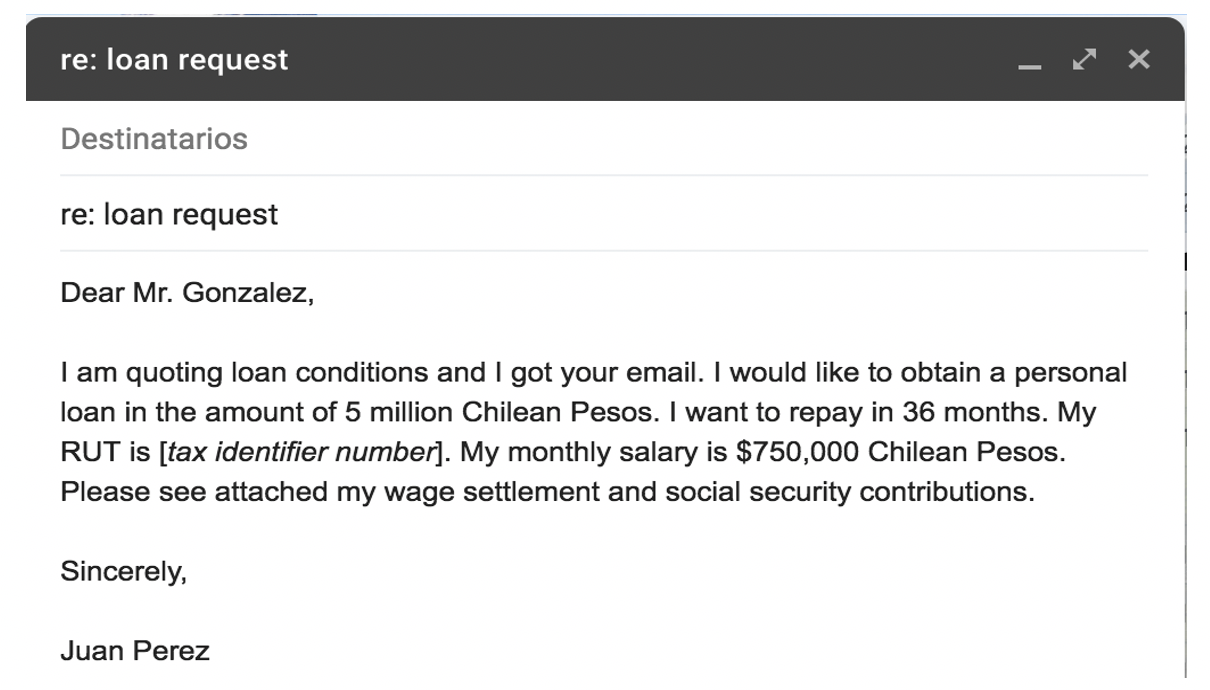 In addition to a novel design where borrowers and officers interact in a real-world setting to obtain market-level causal estimates of gender discrimination, our study combines the elicitation of loan officers’ gender preferences with an informational experiment to test whether gender differences are grounded on taste-based or statistical sources of discrimination (or a combination of both). 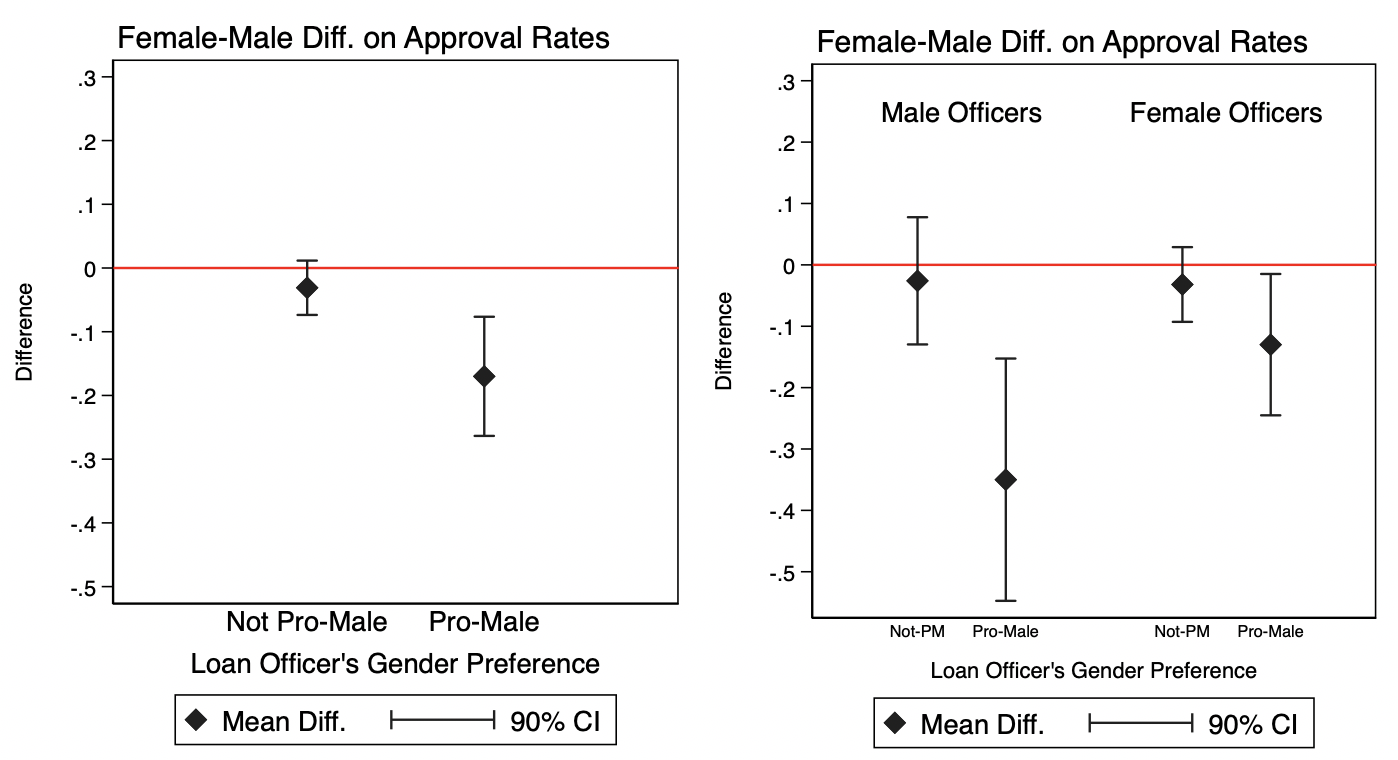 At least for the case of the Chilean consumer credit market, our evidence suggests that gender discrimination against female applicants does exist and is significant, with most of it coming from gender-biased officers, particularly male officers. This is bad business for both banks and clients. Banks could benefit from implementing better screening processes when hiring loan officers. Since information campaigns aiming to reduce discrimination seem to be ineffective, cultural changes at an institutional scale may be required. On the regulation side, increasing market competition may be a promising way to tackle gender discrimination and should not be overlooked.

Becker, G (1957), The Economics of Discrimination, University of Chicago Press.