The effects of food scarcity on trusting behaviour: Evidence from Tanzania 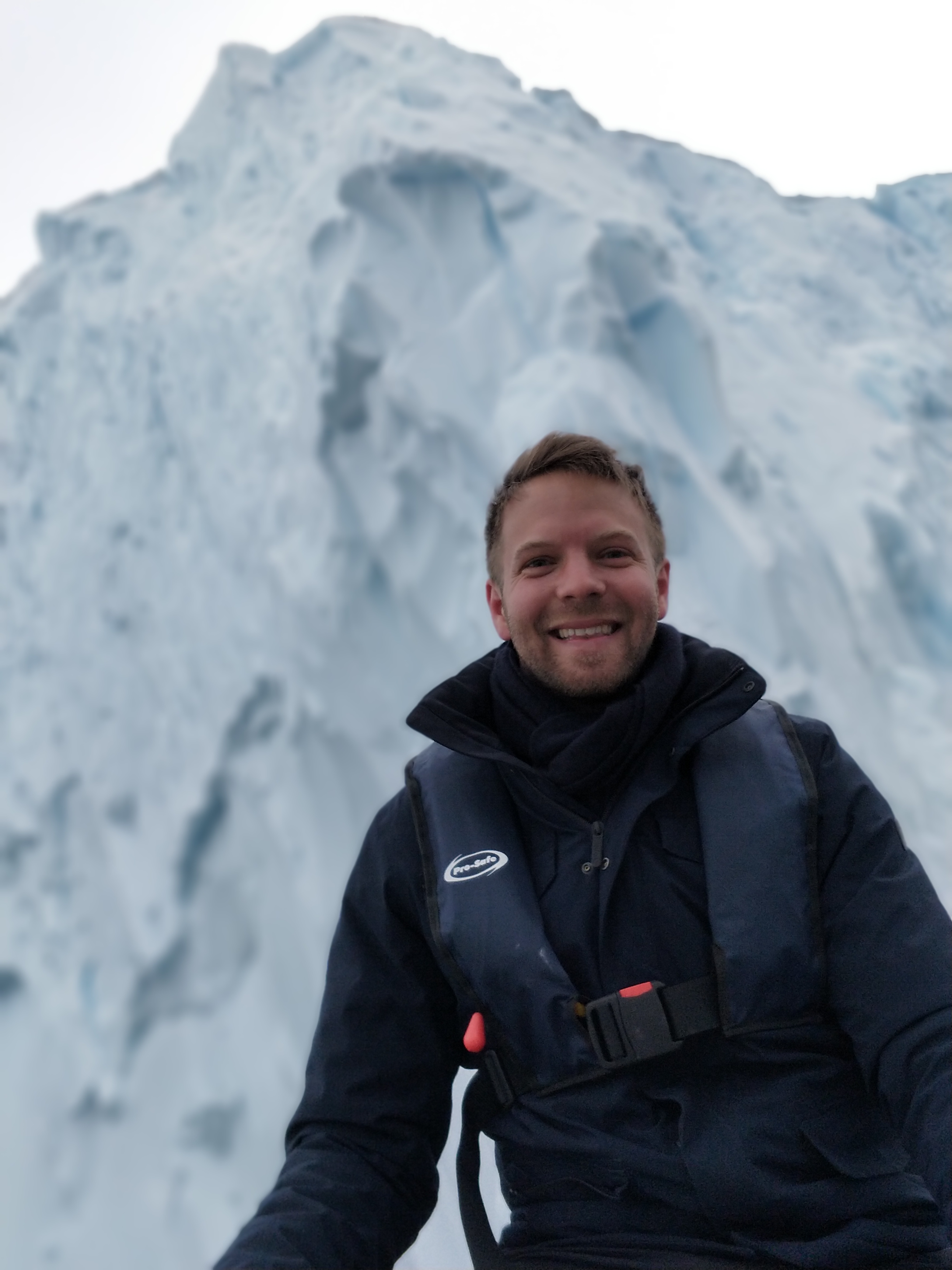 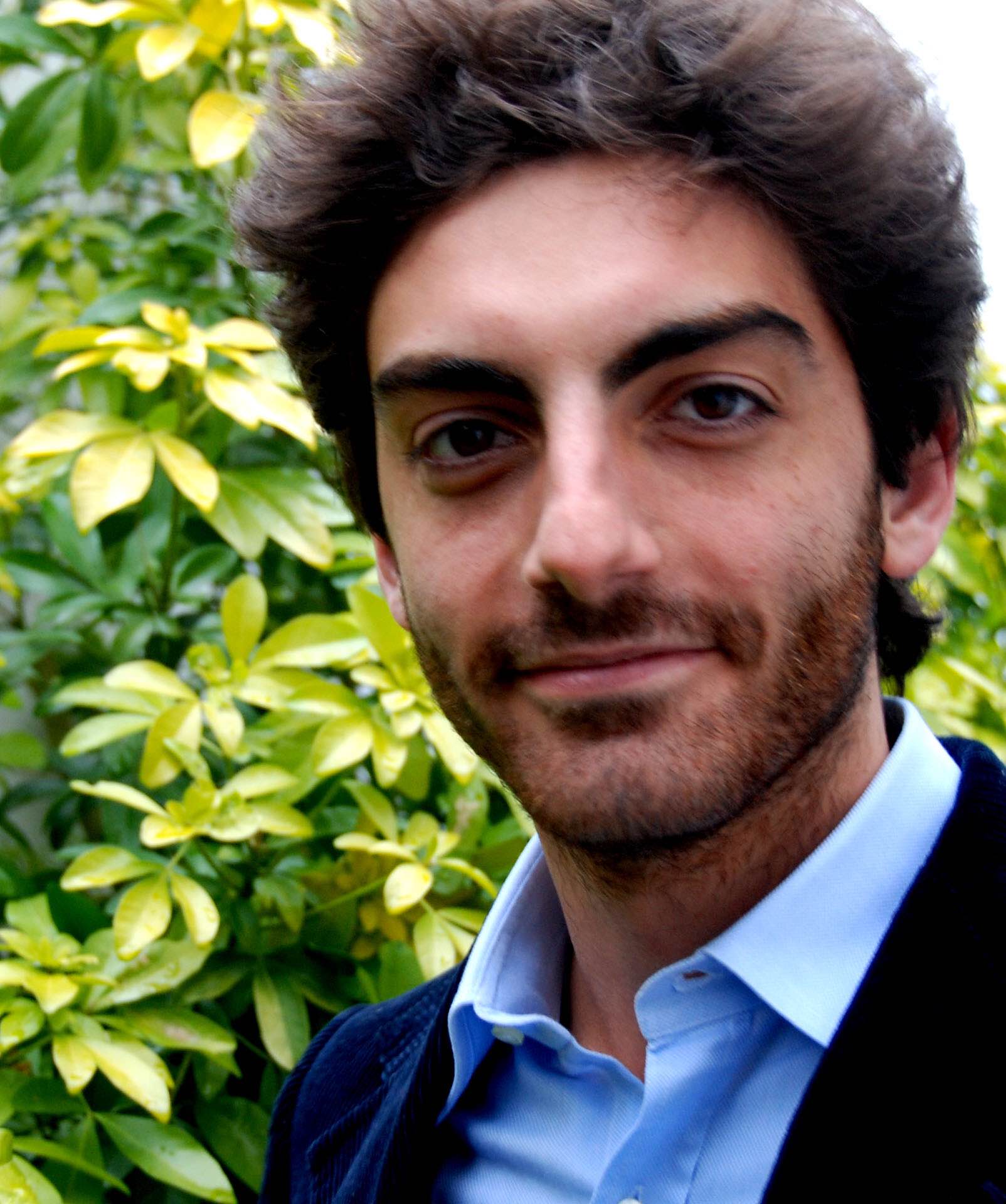 Economist at University of Copenhagen 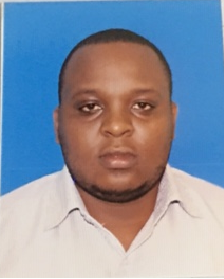 The world is currently experiencing a severe food crisis exacerbated by the combined effects of conflict, climate shocks, and the COVID-19 pandemic. The World Food Programme (WFP) has called 2022 a “year of unprecedented hunger” (WFP 2022) and the UN Secretary General has evoked “the spectre of a global food shortage” (UN 2022). According to the WFP, the number of people facing, or at risk of, acute food insecurity has more than doubled since the onset of the pandemic. In addition to its direct welfare costs, the food crisis may cause changes in people’s behaviour which prompt further welfare losses.

In a recently published article (Agneman, Falco, Joel, and Selejio 2022), we study how food scarcity affects people’s propensity to trust and cooperate with one another. This is a question with deep economic implications, as communities and organizations with higher levels of trust have been recurrently found to attain better economic outcomes (Banfield 1967, Putnam 1993, Knack and Keefer 1997, La Porta et al. 1997, Algan and Cahuc 2010, Barr et al. 2019). The effects of scarcity on trusting behaviour, however, are theoretically ambiguous. On the one hand, one may hypothesize that in times of need communities “come together”, as has been documented in studies on the aftermath of natural disasters (Cassar et al. 2017). On the other hand, trusting entails an element of risk (Ashraf et al. 2006, Butler et al. 2016, Bigoni et al. 2019), as non-reciprocal individuals may take advantage of their trusting peers. In times of scarcity, such risk may become too daunting which in turn could affect people’s willingness to rely on one another .

Figure 1: The change in food scarcity from round 1 to round 2. 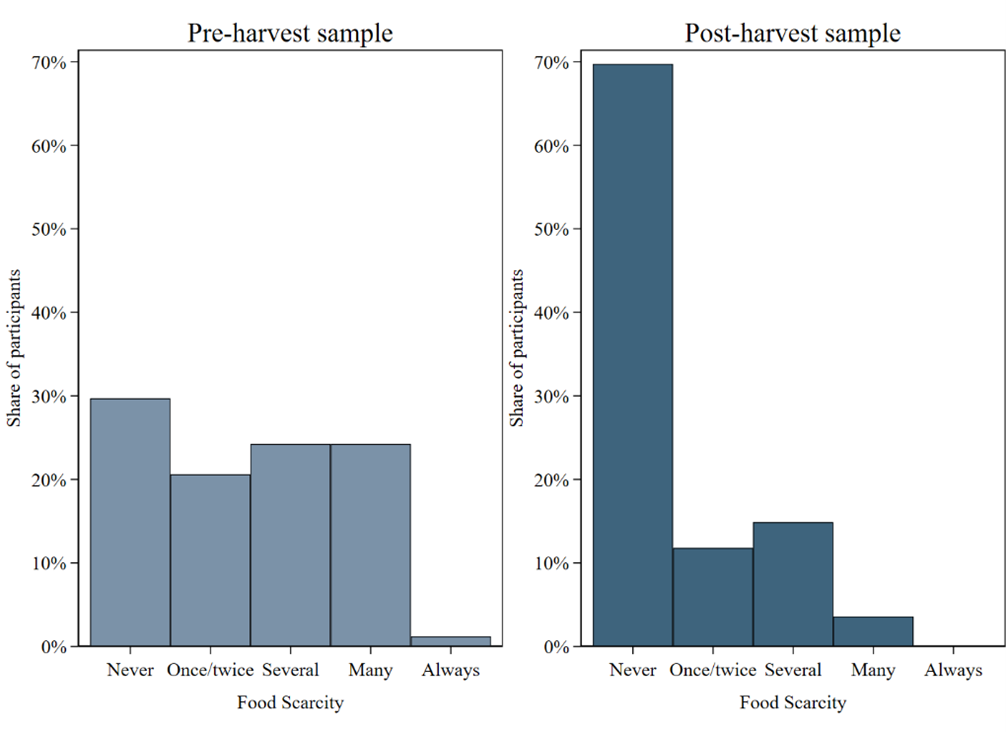 Notes: Food scarcity is measured as the response to the following question: "Over the past month, how often, if ever, have you or anyone in your family gone without enough food to eat?"

Consistent with the second conjecture, we show that food scarcity leads to a breakdown in trusting behaviour. The analysis exploits variation in food supply induced by the harvest among Tanzanian farmers in the region of Singida. As in many other parts of the world, this is a region where the incidence of food scarcity changes significantly between the pre- and post-harvest seasons (Figure 1). Indeed, seasonal scarcity in food supply is the most common source of food scarcity faced by many farmers around the world.

In two survey rounds—the lean season prior to the harvest and the abundant season post-harvest—we conduct experiments that allow us to measure participants’ propensity to engage in trusting behaviour, namely a framed trust game (Berg et al. 1995). In this game, the first player (Player A) chooses how much to invest in a joint project with the second player (Player B). The project generates positive returns (three times the initial investment), but the profits are administered by Player B, who determines how to split the payoffs (real money) between themself and Player A. As such, the amount Player A chooses to invest is an incentivised measure of trust. Using this metric, we find that the propensity to trust is significantly lower before the harvest when food scarcity is higher (Figure 2). Specifically, we find that participants in this game invest 10% less in the joint project before compared to after the harvest. This implies that they forego profitable opportunities, and it reduces overall welfare. 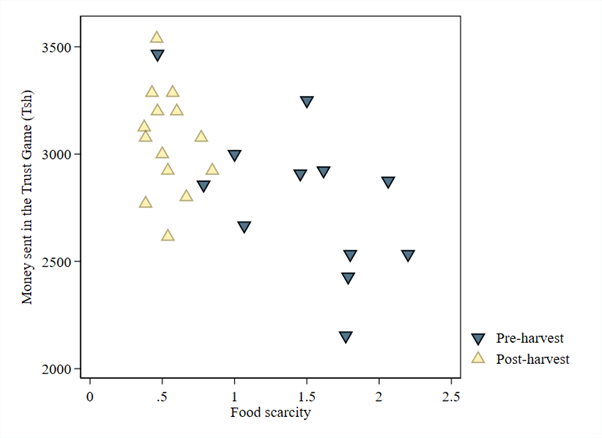 The breakdown in trust is specifically linked with the experience of food scarcity, and we rule out that this relationship is confounded by a number of candidate explanations, including a general lack of financial resources. Several results corroborate the conclusion that food scarcity causally reduces trusting behaviour, including evidence showing that trusting behaviour fluctuates more in areas where residents rely more heavily on agriculture for their food supply (which we identify using satellite imagery).

Finally, we show that scarcity is especially detrimental for people’s propensity to trust others who do not belong to their own social group. This finding is consistent with theoretical predictions and bears worrying implications for the ability of fragile societies with deep ethnic divisions to deal with resource scarcity (e.g. food shortages).

Our paper makes an important and timely scientific contribution. As the world grapples with a global food crisis, the adverse effects of hunger on behaviour deserve attention. The negative effects of food scarcity on trusting behaviour we detect indicate that a period of hunger, even if temporary, may have lasting effects on economic performance by disrupting networks of cooperation. This adds yet another reason to devote more resources towards alleviating hunger.

Cassar, A, A Healy and C Von Kessler (2017), “Trust, risk, and time preferences after a natural disaster: experimental evidence from Thailand”, World Development 94:90–105.