How football can help build a nation 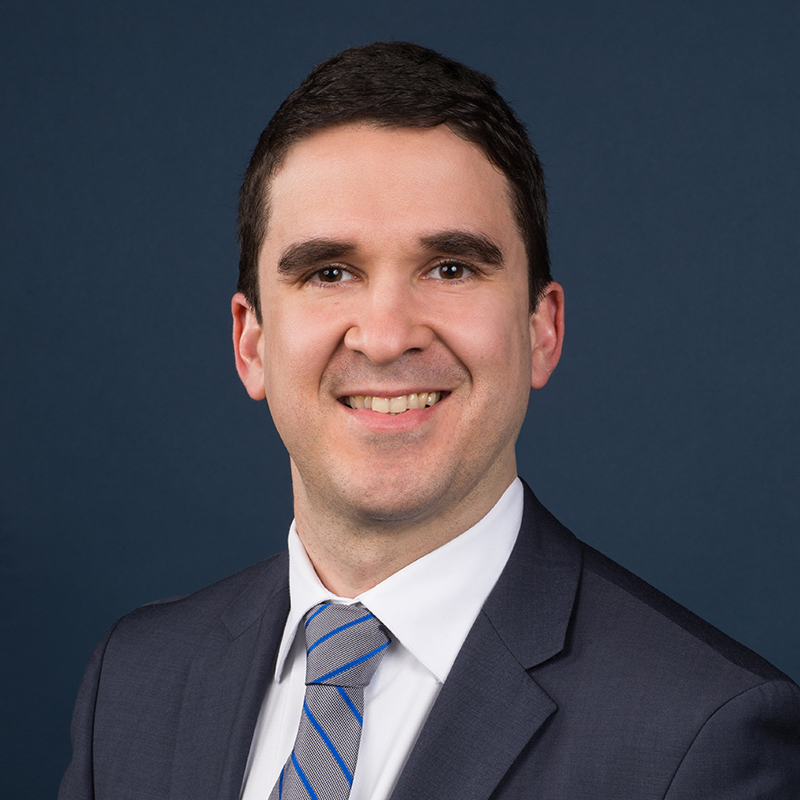 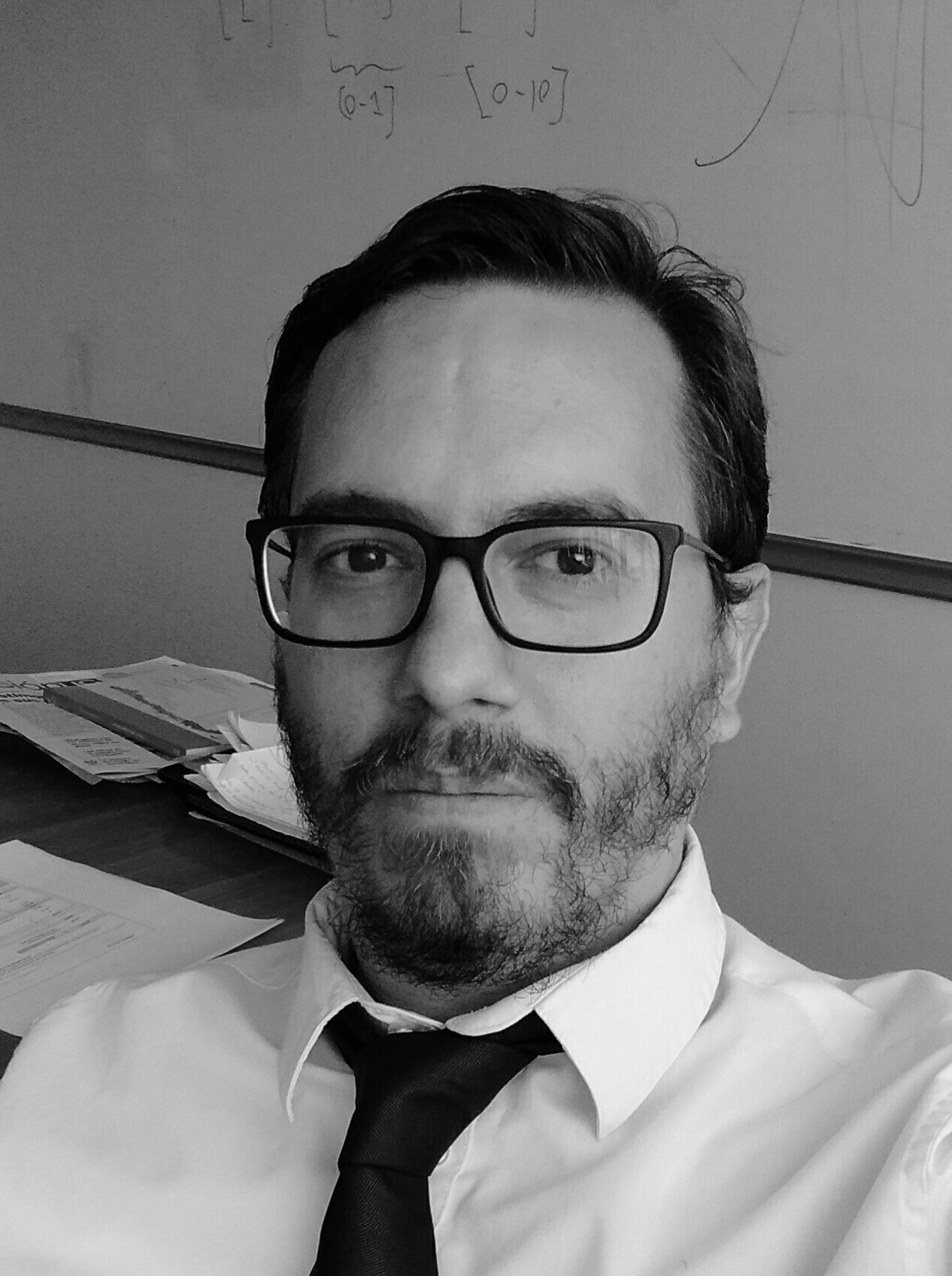 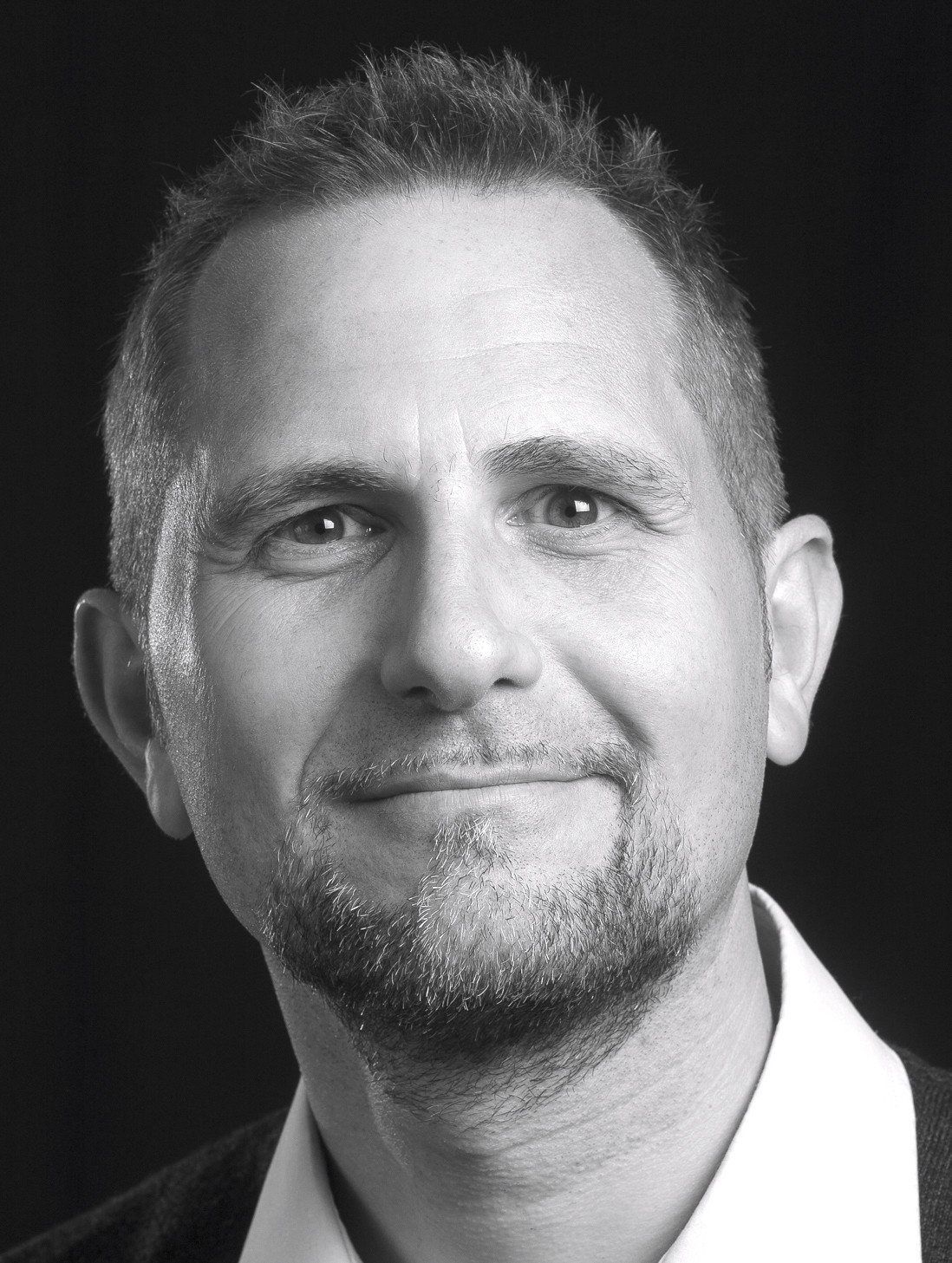 Even in the presence of deeply rooted divisions, shared experiences can be an effective nation-building tool and have a tangible effect on violence

Many countries feature strong ethnic, linguistic, or regional cleavages, which can lead to tensions and even outright violence, with clearly detrimental consequences for economic development (Easterly and Levine 1997, Alesina et al. 1999).

To overcome such cleavages and consolidate a functional modern state, many countries have adopted so-called nation-building policies to forge a common identity with citizens seeing themselves as part of the nation as a whole, rather than their specific group. Yet some nation-building tools require substantial state capacity, such as mass schooling or large infrastructure investments. This poses a challenge in countries without a well-functioning state in the first place. Other ‘softer’, purely symbolic tools, such as the national flag or anthem, represent a ‘banal nationalism’ (Billig 1995) unlikely to be effective in the absence of a sufficiently strong pre-existing national identity.

Between these extremes lie the experiences perceived by the citizens of a country as being collectively shared between them – for instance, major national events or civic dates (Kaplan and Mukand 2014, Madestam and Yanagizawa-Drott 2011). Nations are fundamentally “imagined communities” (Anderson 1983), and highly symbolic and emotionally charged experiences could well help make the image of the national communion more vivid in citizens’ minds.

The importance of sport

A major source of emotionally charged, shared experiences is sports. Leaders from Hitler to Mandela have tried to use success in important sports competitions to strengthen national identities. Of all sports, football is certainly among the most associated with national feelings, as illustrated by the passionate worldwide following of international soccer competitions such as the FIFA World Cup. Indeed, the outpouring of patriotic sentiment triggered by a major football win is undeniable – as put by British historian Eric Hobsbawm (1990), “the imagined community of millions seems more real as a team of eleven named people.”

This outpouring turns out to leave something behind. In recent work (Depetris-Chauvin et al 2018), we investigate how national football team victories in major international competitions affect the strength of ethnic identification, as opposed to national identity, as well as attitudes towards other ethnicities, and actual inter-ethnic violence. We do so in a context marked by low levels of state capacity and where nation-building, and the tension between particular versus national identities, are especially salient – namely, sub-Saharan Africa.

The Afrobarometer survey asks respondents from many different countries whether they identify primarily with their ethnic group or with the country as a whole. Because national football teams in Africa play many matches every year in the context of qualification for two major international competitions – the World Cup and the African Cup of Nations (ACN) – it so happens that the Afrobarometer interviews some individuals just before one such match, while others are interviewed just after the same match. If survey timing does not respond systematically to international football scheduling, we can interpret any difference in answers between the two groups of individuals as reflecting the causal impact of the match.

Figure 1 Ethnic identification prior to and post a match 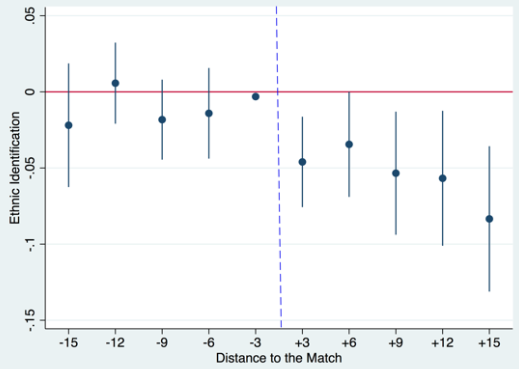 This effect is not associated with general euphoria or optimism, but rather seems directly tied to nationalistic fervour. In contrast, it is stronger when the national team is more ethnically diverse. This suggests that the team may serve as a role model of inter-ethnic cooperation leading to achievement against a foreign opposing group.

Similarly, the reduction in ethnic identification is more pronounced where the state is less present, specifically in ways that might lead to a stronger connection to the nation (i.e. roads, post office, schools). In other words, shared experiences may substitute for other forms of nation-building.

Football victories also affect feelings toward fellow citizens – people become more likely to report trusting those who belong to other ethnicities. Given the documented importance of trust for socioeconomic outcomes and the related challenges faced by sub-Saharan African countries (Nunn and Wantchekon 2011), this is another indication of the potential positive impact of shared experiences.

Do these experiences affect more tangible outcomes? For this we turn to a very important issue in sub-Saharan Africa, which has been linked with the challenge of ethnic cleavages: civil conflict. While many have speculated that international football victories can reduce civil conflict, it is again very hard to prove a systematic causal impact.

We exploit a feature of the qualification process for the ACN. Teams are divided into groups playing in a round-robin format and, very often, multiple teams in each group reach the last match with hopes of qualifying. To the extent that the outcome of last-round matches is largely dependent on sheer luck, one can estimate the effect of a successful qualification by comparing the evolution of conflict in countries that (barely) qualified relative to countries that (barely) failed to do so.

We find that countries whose teams (barely) qualified experience significantly less conflict in the following six months than countries whose teams (barely) did not. This can be seen in Figure 2. The occurrence of conflict events decreases sharply (by about 9%) in the weeks following qualification.1 The figure also shows conflict did not behave differently in countries that would later happen to qualify, relative to those who failed. 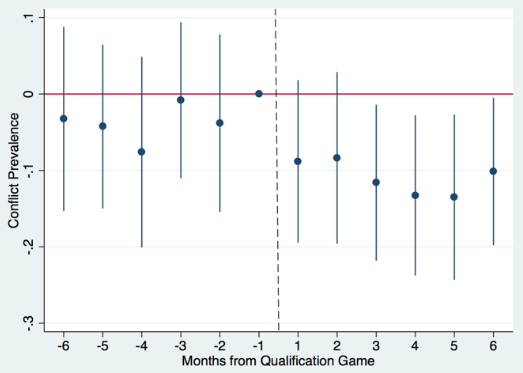 The reduction in conflict intensity is quite persistent, up to several months after the event. If anything, it seems to become stronger as more time elapses since qualification. The effect is also stronger for teams that had never qualified or had not qualified in a long time, and whose success was rather unexpected, suggesting that success is less powerful when it becomes the norm.

Our findings indicate that shared collective experiences, such as important sporting achievements, can prime sentiments of national unity and attenuate even deeply rooted ethnic mistrust, illustrating that relatively soft tools can be effective in fostering a national identity. Moreover, we find that this has tangible effects on the prevalence of conflict. Even if the effect of these events is transient, it may last long enough to open a precious window of opportunity for political dialogue, negotiations, and reforms that may produce long-lasting gains.

Anderson, B (1983), Imagined communities: Reflections on the origin and spread of nationalism, Verso.

Kaplan, E and S Mukand (2014), “The persistence of political partisanship: Evidence from 9/11,” University of Maryland (unpublished).

Madestam, A and D Yanagizawa-Drott (2011), “Shaping the nation: The effect of fourth of July on political preferences and behaviour in the United States,” University of Zurich (unpublished).

[1] Specifically, the figure plots the estimated coefficients and 95% confidence intervals of the interaction terms between the qualification indicator and dummies for eleven four-week periods in the months before and after the qualification. The coefficients are obtained from a regressionthat also includes 50 week dummies and 101 country×qualifier dummies.