Do improved cooking stoves inevitably go up in smoke? Evidence from India and Senegal 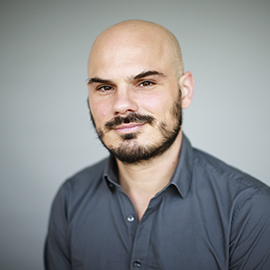 More than three billion people use firewood or charcoal to prepare their daily meals, which in turn harms their health, the local environment, and the global climate. Addressing this aspect of energy poverty is a prime policy objective of the World Health Organization and the Clean Cooking Alliance, and is also reflected in the Sustainable Development Goals. Potential solutions include electricity, liquefied petroleum gas (LPG) and improved biomass cooking stoves (ICS). A prominent study (Hanna et al. 2016) which attracted a lot of attention amongst social scientists, policy makers, as well as in the press, observed that although people in Odisha, India used the ICS for a year, usage declined after two years. Any evidence of initial gains quickly vanished, leading the authors to conclude that ICS went “up in smoke”. A few years down the road, two new studies from Senegal and India provide promising evidence that:

Rural Senegalese use and benefit from ICS over several years

In 2009, we randomly distributed an ICS, free of charge, in twelve villages in central Senegal, a Sahelian country where biomass is scarce and firewood collection occupies much time. Prior to the study, the ICS – the Jambar – had been meticulously tested and adapted to meet local needs, by a governmental programme called Foyers Amelioré au Sénégal (FASEN). The Jambar was not designed to achieve large reductions in smoke emissions, but rather to reduce firewood consumption and therefore save collection time. It costs about 10 USD only and requires no maintenance. Our findings indicate considerable reduction of firewood consumption in the treatment group after one year, and the ICS was still being used intensely 3 ½ years after initial distribution in 2013 (Bensch and Peters 2015).

Six years after distribution, we again returned to the same households (Bensch and Peters 2020) and documented that households had continued to use the ICS intensely until the end of its lifetime (usually about 4-5 years). We also observed, however, that households had not replaced their worn-out Jambar, even though the ICS was available in towns nearby. Practitioners worried that the free distribution had ruined demand and, hence, the scope for market-based distribution of the ICS. To test this, we offered a new Jambar for purchase in our study villages and used an auction experiment to measure willingness-to-pay (WTP). What we found was surprising: households generally revealed a high WTP – 70% paid prices equal to or higher than the in-town market price, and there was no perceivable difference between those that had previously received a free ICS and those that had not. It is therefore puzzling why the market had not reached out to satisfy this demand. It seems that supply chain problems and transaction costs for traders were prohibitively high.

Demand and supply: figuring out what people want and how they get it

The Jambar is a simple biomass technology that is clearly at the lower end of ICS performance. The India study, carried out in the northern mountainous state of Uttarakhand, focused not only on a simple biomass ICS similar in performance to the Jambar, but also on an electric coil resistance stove that provides greater potential for efficiency gains and emissions reductions. We embarked on a multiphase (diagnose-design-test) approach that culminated in experimental testing of hypotheses related to the demand and supply of ICS (Pattanayak et al. 2019). This design was important, because there was no locally adapted and accepted technology prior to the study. A phased approach enabled us to identify which stove types and stove features rural dwellers liked best, and it turned out that these preferences varied quite a bit (Jeuland et al., 2019a). It also allowed piloting of promotion aspects such as tailored messaging and supply chain upgrades, specifically home delivery paired with financing. The experimental intervention also showed that modest incentives – delivered in the form of rebates – strongly increased adoption relative to financing and supply upgrading alone, and that households in the treatment group mostly continued to use the stoves they had purchased 15 months after the intervention, experiencing both time savings and a reduction in solid fuel use (Pattanayak et al., 2019).

The evidence on the potential of ICS to deliver benefits to energy poor households is clearly mixed (see also Jeuland et al. 2019b). Yet, our two new studies are embedded in a growing literature from diverse contexts that provide a roadmap for successful ICS programmes, challenging the pessimistic ‘up in smoke’ conclusion. The following points should be noted:

All in all, we believe that the recent developments in the literature challenge the simple ‘up in smoke’ narrative that improving cooking conditions in low-income countries is intractable. Of course, fully addressing the public health burden from household air pollution is a tall order that will require much more progress, investment, and policy effort (Saleh et al. 2020). However, reducing firewood and charcoal consumption are important objectives in themselves – both from environmental and poverty alleviation perspectives. In light of accelerating climate change, and because stacking of fuels and stoves usually hampers air quality improvements, fuel savings gain importance in a welfare analysis of ICS interventions, relative to health (Jeuland et al. 2018).

Our studies in India and Senegal show that households desire improved stoves geared towards fuel savings, that are responsive to their needs, even if these are not perfectly clean. Affordability will remain to be a major barrier, especially in rural areas where ability to pay is low and transaction costs for traders are high. Smart subsidies should be deployed to bring down end-user prices. The economic case is clear: internalising climate mitigation benefits and reducing the drudgery-burden afflicting the energy poor.

Berkouwer, Susanna B.; Dean, Joshua T. (2019) "Credit and attention in the adoption of profitable energy efficient technologies in Kenya", Energy Institute at Haas Working Papers, No 303.

Jeuland, M, S K Pattanayak, J S Tan-Soo and F Usmani (2019a), “Preferences and the effectiveness of behaviour-change interventions: Evidence from adoption of improved cookstoves in India”, Journal of the Association of Environmental and Resource Economics (in press)

Jeuland, M, T R Fetter, Y Li, S K Pattanayak, F Usmani and the Sustainable Energy Transitions Initiative (2019b), “Is energy a golden thread? A systematic review of the impacts of modern and traditional energy use in low-and middle-income countries”, In review.