Lessons from our polluted past 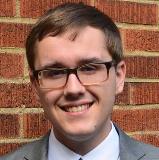 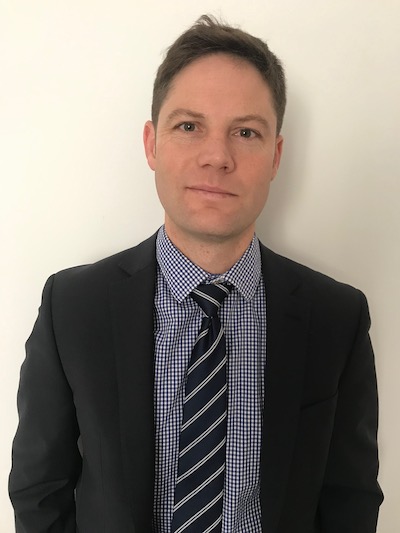 Policymakers in developing countries face the difficult task of coping with the challenges introduced by rapid urbanisation. These policymakers, however, are uniquely positioned to glean key insights from the historical experiences of cities in developed countries. For example, an important set of historical studies highlight the key role that water purification and sewerage infrastructure investments played in reducing mortality rates in cities across the US and Europe (e.g. Cutler and Miller 2005, Ferrie and Troesken 2008, Alsan and Goldin 2018, Kesztenbaum and Rosenthal 2017). The direct evidence offered by these studies has helped shape infrastructure investment in today’s developing cities.

The challenge of air pollution

One important challenge that has received much less attention is air pollution. In the 19th century industrial cities such as London and Manchester had very high levels of air pollution, comparable to Beijing and New Delhi today. As in the case of water purification, the historical urban experience has the potential to offer new insights into the costs of air pollution, particularly in highly polluted environments, where available evidence remains sparse, and also over long periods of time.

Inferring pollution levels from the past

A central challenge in studying pollution in historical settings is that direct measures of pollution levels are typically unavailable until the second half of the 20th century, when pollution monitoring became common. Thus, progress in this area requires developing new ways to infer pollution levels. In a recent study, “Coal smoke and mortality in an early industrial economy” (Beach and Hanlon 2018), we offer one such approach. Our method focuses on the air pollution generated by industrial users in 19th century Britain, a period when contemporary reports indicate that pollution was severe. To infer pollution levels, we exploit the fact that the primary source of pollution in this setting was the burning of coal. This means that we can use information on the coal used by factories to infer the amount of air pollution that they produced. This approach is somewhat similar to the one used in Clay et al. (2016), which focuses on the impact of coal power plants in 20th century US, but differs in that our measure captures pollution across a broader range of emitters and it allows us to infer pollution levels as far back as 1851.

Industrial coal use, which we observe using data from Britain’s first Census of Production in 1907, varied enormously across sectors. Metal manufacturing, chemicals, or brickmaking, for example, used over 40 tons per worker per year, while services and light manufacturing used relatively little. Variation in coal-use intensity across industries, together with variation in industrial composition across locations, resulted in some locations facing much higher levels of industrial air pollution than others. This is shown in the left panel of Figure 1, which maps the geographic distribution of industrial coal use across England and Wales in 1851, the earliest year for which all the necessary data are available. We can see that coal use was concentrated in the industrial areas of the country, particularly in the Northwest, as well as around industrial centres such as Birmingham, Cardiff, and Newcastle-upon-Tyne.

This measure of local emissions provides a necessary input for studying the effects of historical air pollution. A natural starting point is to consider the impact on health. The right-hand panel in Figure 1 presents a map of infant mortality. Infants are a natural population to begin with since they are particularly sensitive to pollution (Currie 2013). The maps in Figure 1 suggest that infant mortality was higher in locations with more industrial coal use, though note that infant mortality tends to be shifted toward the East relative to coal use. However, we should not draw strong conclusions about the effect of industrial coal-based pollution on infant mortality from these patterns alone, because locations with high levels of pollution may differ in other ways that affect infant health.

a) Coal use per worker 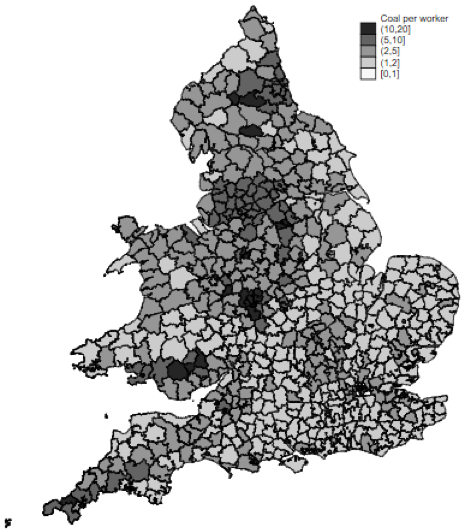 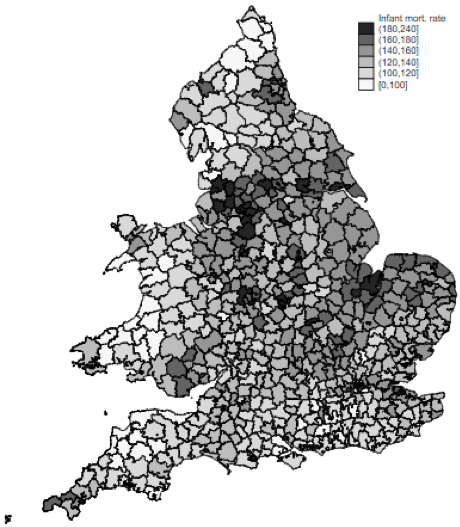 Isolating the effect of pollution

To help overcome this concern, we exploit the fact that wind patterns provide an additional source of variation in pollution exposure. In Britain, the predominant wind direction is from the South and West. For a given cluster of industrial coal users, we can then compare infant mortality rates in areas to the north and east (i.e. downwind) to similar locations to the south and west (i.e. upwind).

We find that locations downwind of industrial coal use have systematically higher infant mortality rates than similar upwind locations. This pattern is hard to explain, except as a result of the impact of air pollution. Moreover, these elevated mortality rates are concentrated in respiratory diseases and we do not observe increased mortality in downwind areas related to causes of death that are not associated with air pollution. This suggests that the effects we observe are the result of pollution exposure rather than the sorting of less healthy populations into more polluted areas. 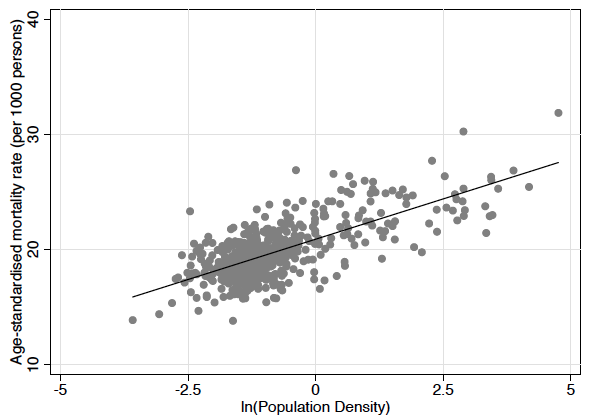 Having a method to inferring historical emission levels opens up the possibility of studying pollution effects in new ways. One intriguing direction has to do with the long-run impact of air pollution on local economic development. A recent paper building on our own is “Coal smoke, city growth, and the costs of the Industrial Revolution” by Hanlon (2019). This paper estimates the impact that growing local industrial coal use had on the long-run development of British cities. The results show that pollution associated with rising industrial coal use acted as a substantial drag on local employment and population growth from 1851-1911. Specifically, had plausible improvements in coal use efficiency been implemented, the study suggests that the 31 largest cities in England and Wales would have had an additional 1.5 million residents by 1911. This provides another example of how historical experiences can be leveraged to address questions that the modern environmental economics literature has struggled to confront.

New techniques for inferring historical pollution levels have opened up opportunities for learning from historical experience in order to better understand pollution effects. New results show that the magnitude of pollution effects, both in terms of health and long-run city growth can be substantial in locations with severe pollution related to coal use. These findings improve our understanding of the effects of severe pollution, with implications for industrial cities in modern developing countries. These findings also improve our understanding of pollution in severely polluted environments, a topic where, because of data constraints, existing evidence is sparse.

Editors' note: This column is part of the VoxDev series on air pollution.